Central to the project was Ngarrindjeri, Nganguraku, Kaurna and Narungga man Robert Taylor, who visited the Loxton High School and Berri Regional Secondary School in March this year with Adelaide composers Julian Ferraretto and Belinda Gehlert.

Taylor shared with the students cultural stories from the Ngarrindjeri people, specifically about the ancestor Ngurunderi and the River Murray.

From this starting point, the students began to come up with ideas for the music, taking part in workshops – either in person or by livestream ­– with Taylor, Ferraretto, Gehlert and the orchestra. Two separate pieces were created, one by Ferraretto with the Berri students and another by Gehlert with the Loxton students.

Ferraretto says the students were captivated by Taylor’s storytelling. Ponde, the title of the piece of music his group composed, “refers to the giant Murray River cod which Ngurunderi chased in his canoe, trying to spear the giant fish as its enormous tail thrashed and widened the river”.

“Our piece paints a picture of three images from this ancestral story,” Ferraretto says.

“The first is the image of a still water that is suddenly pierced by the throwing of Ngurunderi’s spear. The spear misses Ponde but lies in the river and forms Long Island, near Murray Bridge.

“The second image is that of Ponde in full flight – the heavy giant fish slapping its tail, widening the river. The third image describes the stage of the journey where Ngurunderi abandons his camp after Ponde has been speared, his discarded bark canoe rises into the heavens and becomes the Milky Way.” 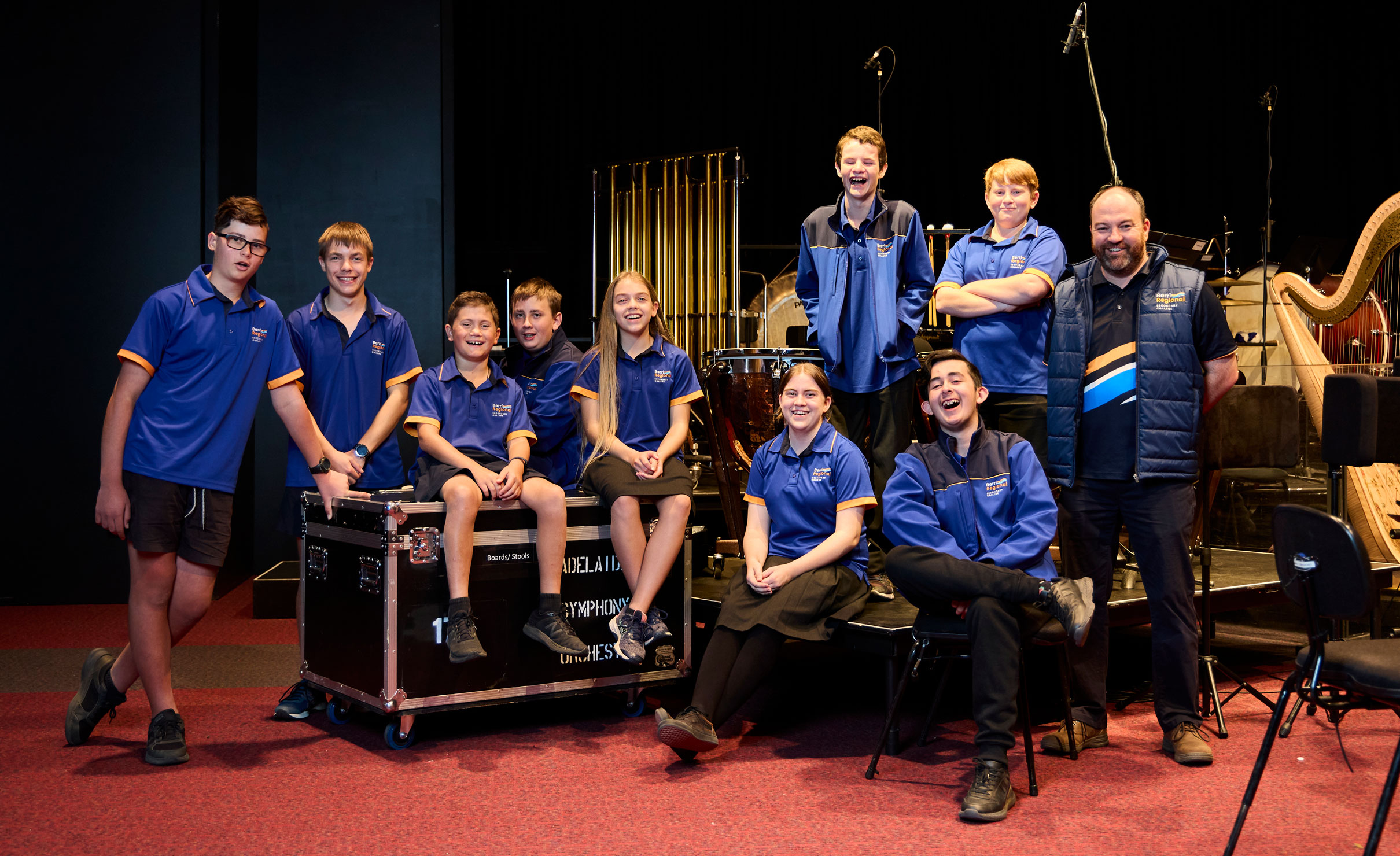 The filmed performance of Ponde being played by the ASO is being released as part of the orchestra’s Virtual Concert Series on June 3, at the end of National Reconciliation Week.

Gehlert worked with the Loxton students to compose a piece called Carving the River (performed in the video below) which is being released at the beginning of Reconciliation Week (May 27). Carving the River is also inspired by the story of Ngurunderi who, when he speared Ponde, cut him into pieces to create new species of river fish.

“We focussed on four types of fish found in the Murray: the Murray cod, callop, eel-tailed catfish and the Coorong mullet,” Gehlert says. “We looked at pictures of the fish and the students came up with shapes to represent each fish and which instrument they would like to characterise it, and I turned those shapes into melody lines.”

The project with the two Riverland schools is part of the ASO’s broader Silos & Symphonies community program, launched in 2020, in which the orchestra works with schools and community members in different regional areas to develop new musical works in collaboration with participating composers. The Virtual Concert Hall initiative was also launched amid the first wave of COVID-19 restrictions.

A key aim of Silos & Symphonies is to give regional students an opportunity to experience music to which they may not normally be exposed.

Taylor says music has always been an important part of his culture, and the collaboration involving the Riverland schools to compose contemporary pieces from a traditional foundation “is a show of modern-day trade and sharing of cultures”.

“Being on my grandmother’s country and sharing the story with students who both live and grew up along the river is a great way for myself, others and the students to connect with each other.” 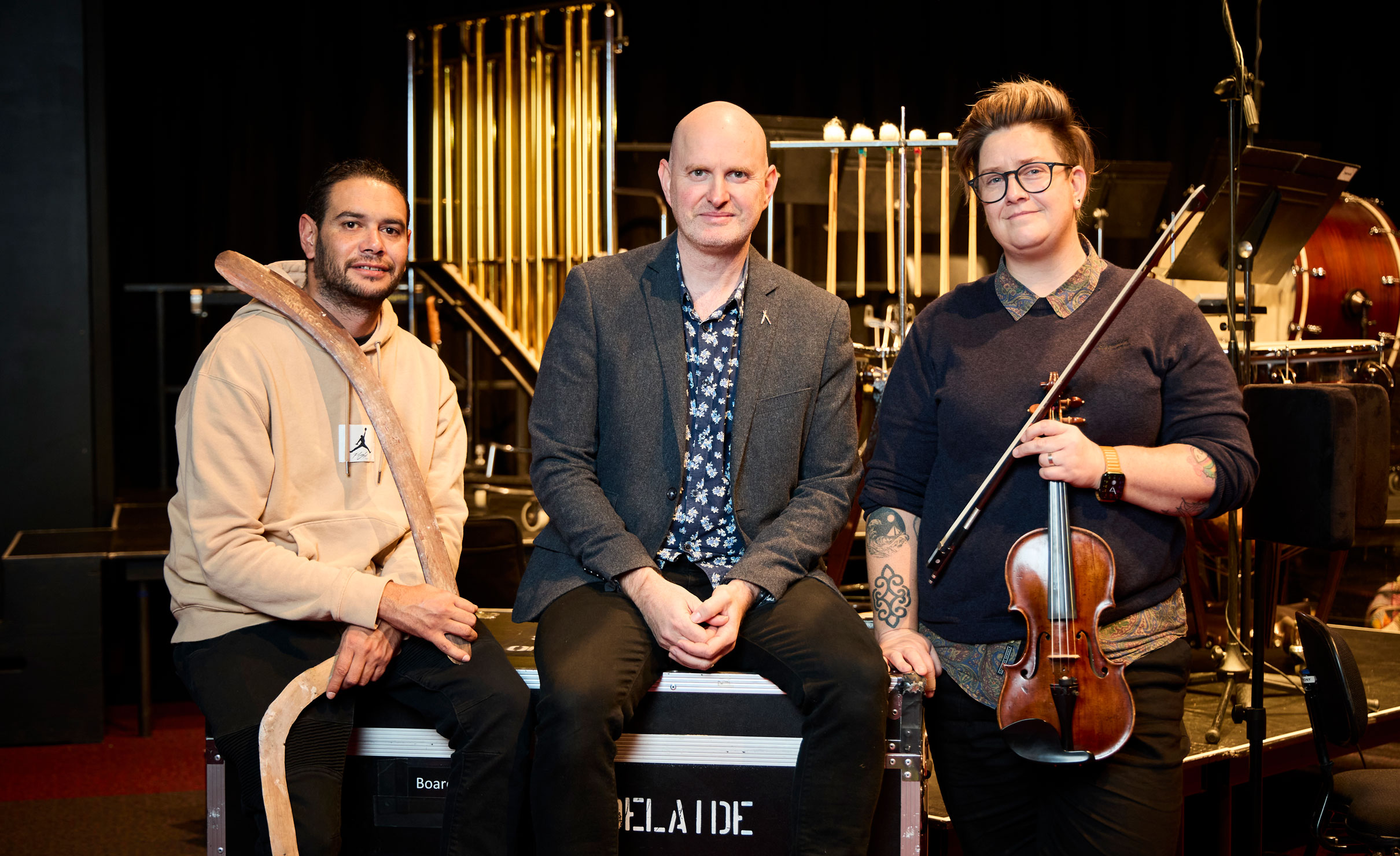 The videos of the Adelaide Symphony Orchestra performing Ponde and Carving the River will be shared on the ASO website.