It’s not the usual thing that happens before a classical concert, but the ushers are handing out earplugs and warning patrons: “The first half gets rather loud.” I mumble, “No thanks, I’d like to hear the music”, but take a pair anyway – just in case. Maybe the new trombone concerto being performed by Adelaide Symphony Orchestra reaches rock-concert volume, I think, because Respighi’s Fountains of Rome surely won’t.

Earplugs would have spoilt things, actually, as another contemporary piece in this program, Lisa Illean’s whisper-quiet Land’s End, would have been completely inaudible.

But to the Respighi first. A respected British musicologist, the late John Waterhouse, once described his three glorious Roman-themed tone poems, of which Fountains is chronologically the first, as “chocolate box” music. And still a view is put about that they possess not much more than superficial charm.

Hearing them performed well, as the ASO does, one could hardly agree. Pines of Rome is, of course, the big one, and when played full pelt it can fairly raise the roof – as nearly happened when Nick Carter conducted it in the Town Hall in 2019.

Fountains of Rome, by contrast, is a more subdued, dreamy work that evokes mood with the greatest subtlety. Brad Cohen was conducting the orchestra on this occasion, and one was immediately reminded one of how alluringly beautiful Respighi’s music is, while realising how it can be underrated.

Arabesque melodies in oboe and clarinet wind and twist their way above a feathery backdrop of strings. The result is so perfumey and decorative that it can just seem to tickle the senses, except that the harmonic substructure is also so well constructed. Respighi has all the sophistication of Richard Strauss.

Tempos were a little slow in this performance, resulting in all this delicate fabric not quite holding together. It felt like things were too languid and lacking in momentum.

Oh yes, on the volume level. Fountains of Rome does get noisy when one gets to the exuberantly splashy, gushing “Fontana del Tritone”; and here Cohen and the ASO upped the tempo and threw good energy into the performance. 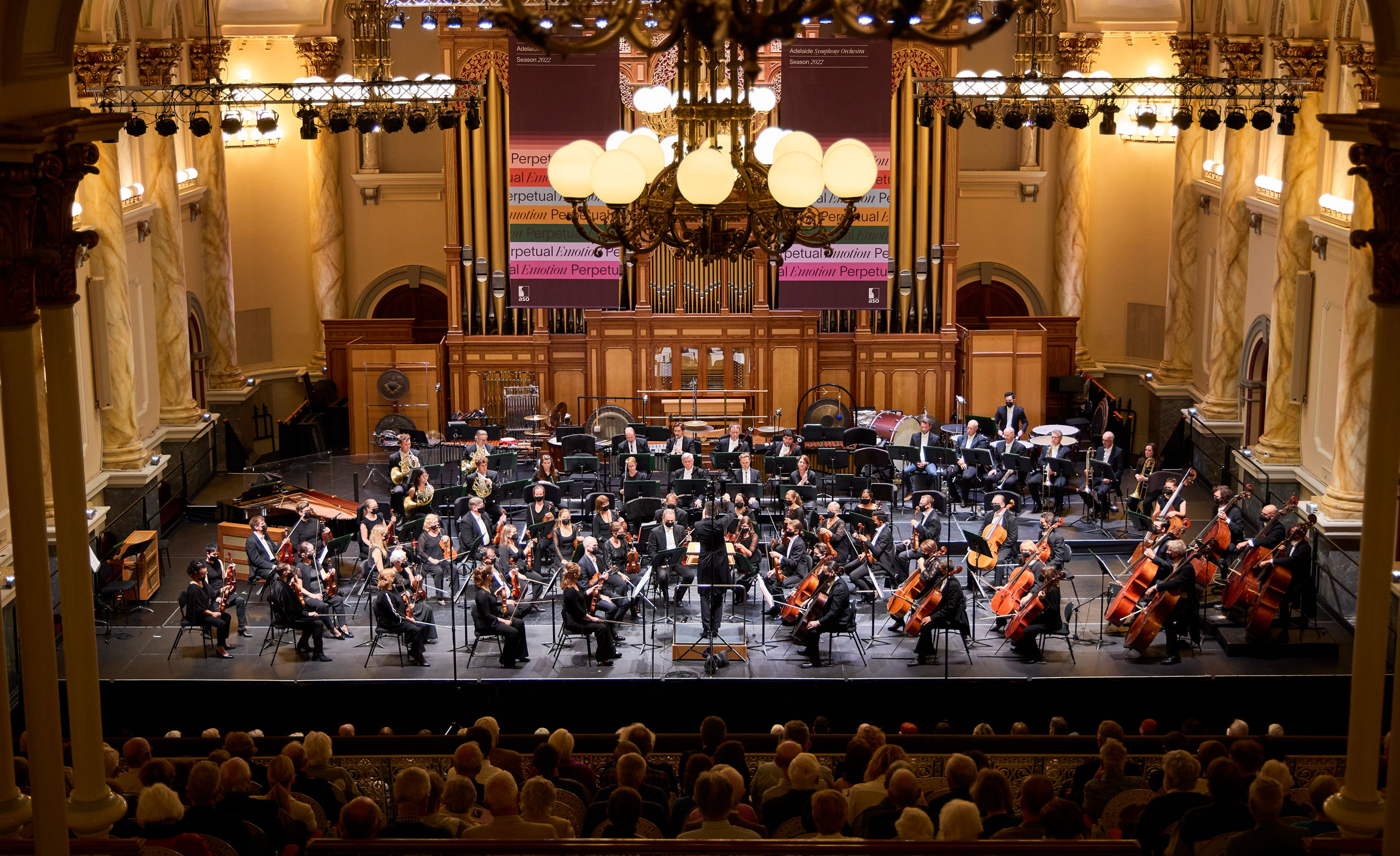 Then to the major new work of the night, Joe Chindamo’s Ligeia – Concerto for Trombone and Orchestra, which the ASO recently commissioned. Chindamo, a Melbourne jazz pianist and composer, is widely known to jazz audiences but has written a clutch of classical-based works for orchestra and various chamber combinations that show him to be both versatile and extremely talented.

With any new work, one has to be ready for anything, including, let it be said, disappointment. Not so here. Ligeia comes up as a satisfying, thrilling and stylistically assured piece. Thanks to his background in jazz, Chindamo is not at all self-conscious about incorporating popular musical elements, and along the way one encountered Mickey Mouse-type cartoon references and nods to Bernstein. But it was all so fluently put together. Harmonies, though recycled, rose tall with proud warmth.

Chindamo has a way of making things lodge in the ear, and one wished to hear it again. So Ligeia – its name borrowed from Edgar Allan Poe on account of its contrasty drama – may become a repeater, a work that sticks. Its cause was helped by terrific playing by the soloist, Colin Prichard. The ASO’s principal trombonist since 2018, he took hold of all its tricky technical demands with bravado.

There were not one but two new works in this program. Good to see a bit more boldness from the ASO. Land’s End, by the London-based Australian composer Lisa Illean, was a completely different proposition, calling for a radically pared-down orchestra with string octet, harp and piano at its core. A tantalisingly beautiful piece, it consisted of the quietest wisps and traceries of sound that forever seemed to just hang in the air. It kept one’s concentration on a knife-edge.

The mighty Sibelius’s Symphony No. 5 showed Cohen to his best advantage. As with so much of this Finnish composer’s music, there is warmth in his cool-tempered writing, and Cohen found exactly the right balance. His conducting was flowing and cohesive. The ASO seemed in their heartland with this symphony, feeling its surging crescendos as one and playing with refinement. The violins were particularly clean and sweet. Guest concertmaster Alexandra Osborne should be invited back to lead them in another concert.

Hearing a trombone concerto for the first time in living memory – at least in mine – made one ponder how the ASO could be more adventurous in its choice of concertos. Another soloist it could do well to invite for something different would be David Elton. Originally from the ASO, this outstanding trumpeter has gone on to play with many of world’s top orchestras and is now with the Sydney Symphony Orchestra. As it happened, he was back in Adelaide on the same weekend performing with organist Anthony Hunt in the St Peter’s Cathedral Concert Series, and it was marvellous to hear him again and witness musicianship at the highest level from both of them.

Affirmation was presented at the Adelaide Town Hall on Friday. The next concert in the ASO’s Master Series will be Joy (featuring works by Mozart, Rachmaninov and Korean composer Unsuk Chin), at the Town Hall on May 27 and 28.