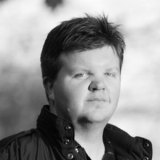 Eric Algra’s eye is forever wandering, on the lookout for something slightly different.

Back in 1982, he was photographing local bands for Adelaide rock ’n’ roll magazine Roadrunner when he was assigned to cover the Madness concert at the Thebarton Town Hall (now Thebarton Theatre). The North London ska-pop group, which frequently topped the UK charts in the 1980s, invited Algra to come backstage following a press conference. 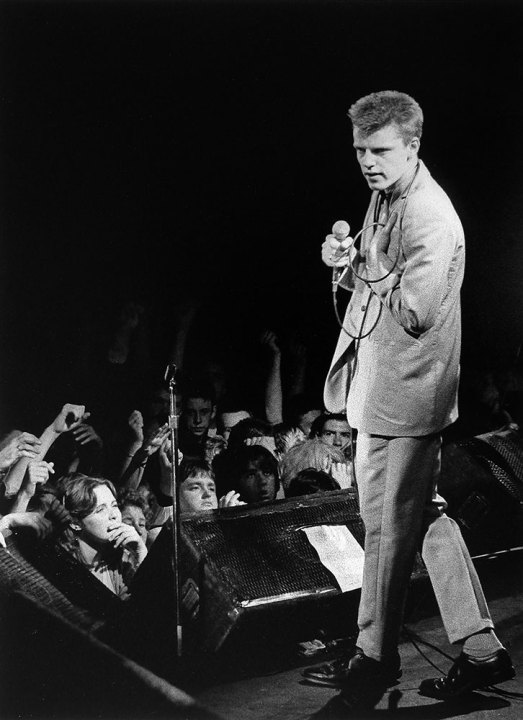 That night, he captured one of his favourite photos.

“I had this fantastic view,” Algra tells InReview on the phone from his Melbourne home,.

“I got this photo of Suggs with his hand on his heart, and although his body is facing the audience, he’s actually turned away from them.

“He’s not actually looking at the audience but he can see a small section of them and the small expressions on the fan’s faces is just priceless.

“To me, it’s just this thing of him being up there and being adored by this crowd. It’s something I’m very proud of in the photograph because it captures something a little bit different in a rock photo.”

In the five years the Elizabeth-born photographer worked for Roadrunner, he shot a who’s-who of rock ’n’ roll bands from his ringside seat inside Adelaide pubs, clubs and arenas.

This was all during an era of change for live music in Adelaide, when jazz dens made way for post-punk and pub rock. When local bands such as the Bank of France and Rum Jungle would play every Friday night at the Lord Melbourne. Adelaide hosted most, if not all, the International acts that toured Australia.

Algra witnessed the head-banging kicks of The Clash when they played the Thebarton Theatre in 1982, captured Talking Heads performing on the Apollo Entertainment Centre stage in 1979, and had prime position for early concerts by Cold Chisel, Midnight Oil and the Divinyls. 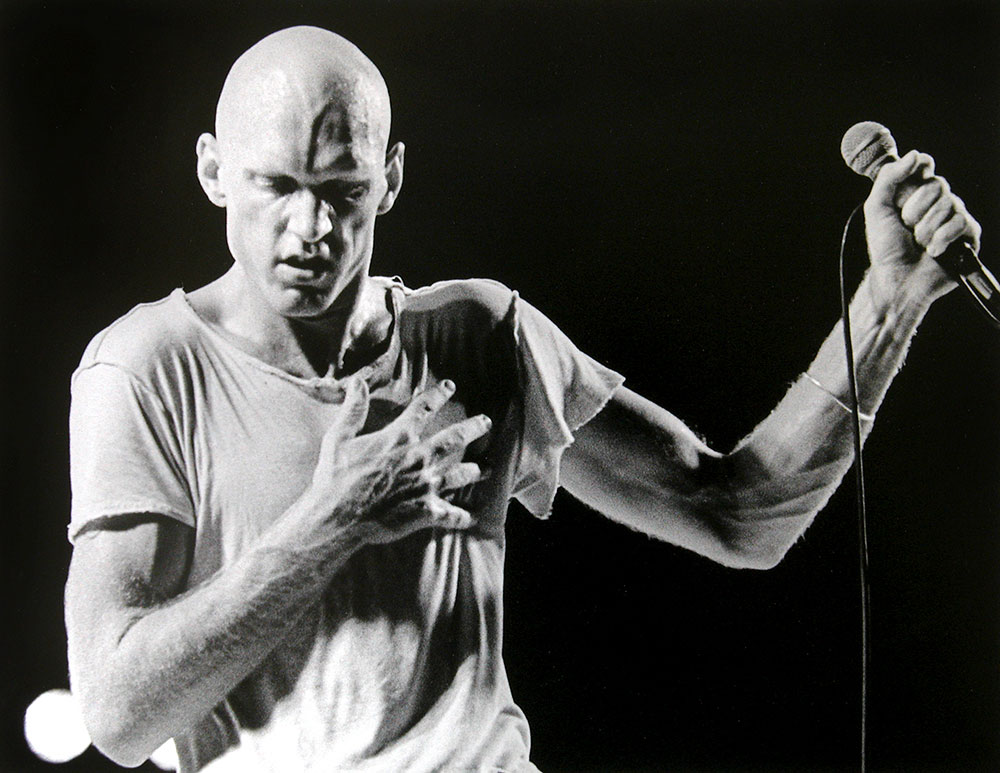 Algra collated his photographs for a book, Rock ’n’ Roll City: The Roadrunner Years 1978-1983, being released this month. Fifty gritty images he shot over the five years the Norwood-based magazine was in circulation will also be show in an exhibition opening this Saturday at the Ian and Pamela Wall Gallery at Her Majesty’s Theatre.

There are photos of guitar-strumming Jimmy Barnes rocking a mullet and bandana, a wide-eyed Doc Neeson staring down the camera lens during a gig by The Angels at Adelaide University and reggae legend Bob Marley playing the Apollo Stadium in 1979.

“The thing about Bob Marley was, it was like he was just so into the music, and the way I remember it, there wasn’t a real lot of rapport with the audience,” Algra says.

“He was just there doing his own zone playing this beautiful reggae music ­– and the audience loved it, of course.” 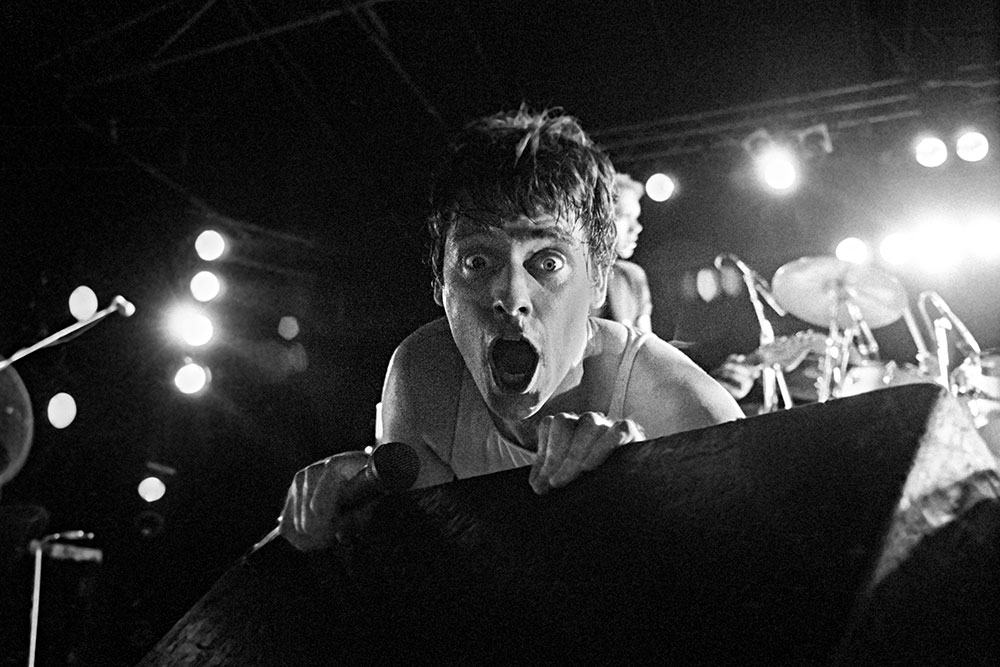 Algra was a young boy living in Elizabeth when he discovered rock ’n’ roll listening to his older brother’s records. When he took up photography, he started shooting local gigs.

“Like a lot of people, when you get involved in photography, you tend to point your camera at things you’re passionate about,” he says.

“I was taking photos as I was learning the craft of photography, and so when the Roadrunner magazine showed up, I went to Donald Robertson, the editor, and showed him some photographs which he really liked and I became principal photographer.” 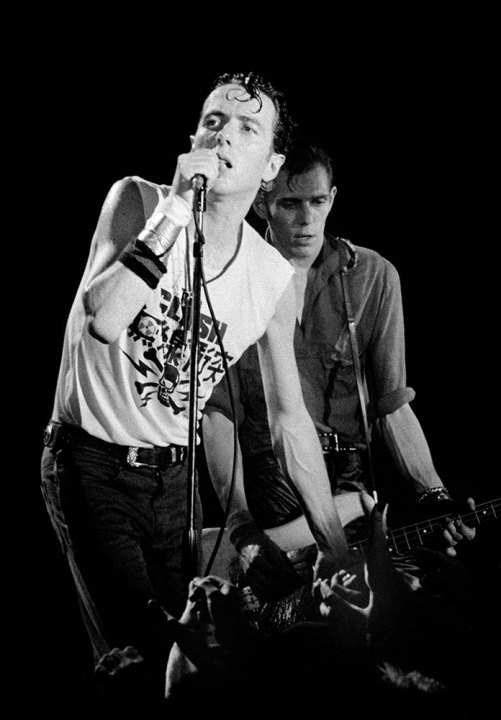 The Clash at Thebarton Town Hall in 1982. Photo: Eric Algra

Algra photographed a lot of Cold Chisel concerts, which he described as “wild”, but it is The Clash’s concert at the Thebby that is burned into his brain.

“They seemed to just play forever,” he recalls.

“I actually ran out of film, which never happens, you know. And that was cool because it meant I could sit back and get into the show. They just put on an amazing performance and the audience went nuts.” 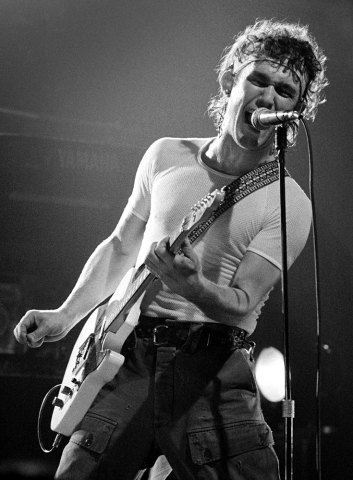 Looking through his negatives brings the memories flooding back for Algra, who says that while working on the book he continuously found stuff he had forgotten about.

“I have such fond memories, but I’m alive doing what I do now, and I am excited about having a ticket to see Don Walker,” he says, referring to the former Cold Chisel musician who is touring early next year.

“The one difference ­– and I guess this is showing my age – is that I have booked a table and I won’t be in the mosh pit.

“Every now and then I’ll go to a gig where I am really in amongst it and it’s really wild, and I still love that, but I don’t do it so often.”

The Roadrunner Years: 1978-1983 exhibition, which includes Roadrunner magazines and original merch, runs from December 18 to May 20 in the Ian & Pamela Wall Gallery at Her Majesty’s Theatre. The gallery is open every Saturday from 11am-3pm, plus 45 minutes before performances at the theatre and during intervals (excluding public holidays).