If you are sceptical that Adelaide needs yet another festival, a visit down to the Adelaide Showground over coming days is certain to change your mind. The Adelaide Symphony Orchestra’s new, if somewhat awkwardly named Festival of Orchestra, or FOFO for short, was a resounding success and scores a complete row of ticks on the basis of opening night.

FOFO is a high tech affair, very well organised, and crowds of people filed in through the Kidman Gates for the first of six concerts, ‘Classical Spectacular’. Luckily, the threat of rain subsided in time, and it was really quite a pleasant evening down there on the main arena’s freshly mown grass; one staffer even went around fastidiously wiping the plastic chairs after a few final spots fell before the music started.

The stage they have erected is enormous and has good sightlines wherever you sit. Plus there is a serious-looking multi-array speaker system that has been rigged up either side of the stage and across the lawn.

To start with the all-important aspect of sound first, the quality is extremely good over this system and vastly better than ‘Symphony Under the Stars’ at Elder Park ever was, or the ASO’s al fresco outdoor concerts years ago.

A polished show needs a polished MC and conductor Guy Noble was exactly that as he entertained the crowd before each item. First were Melbourne composer Amy Jørgensen’s effective little new opener, Fly Onward, Fearless Ones, and Bernstein’s perennial Symphonic Dances from West Side Story, with its jazzy rhythms getting the orchestra truly flexing its muscles. They gave a terrific performance, as committed as one might expect to hear when the ASO performs indoors.

An equally memorable piece, Khachaturian’s Adagio from Spartacus (used years ago in The Onedin Line), was more of a test sound-wise, as its slowly brooding opening and swelling theme really need a hall acoustic to gather a sumptuous string tone. Here the sound system rendered the violins as rather thin and weedy. 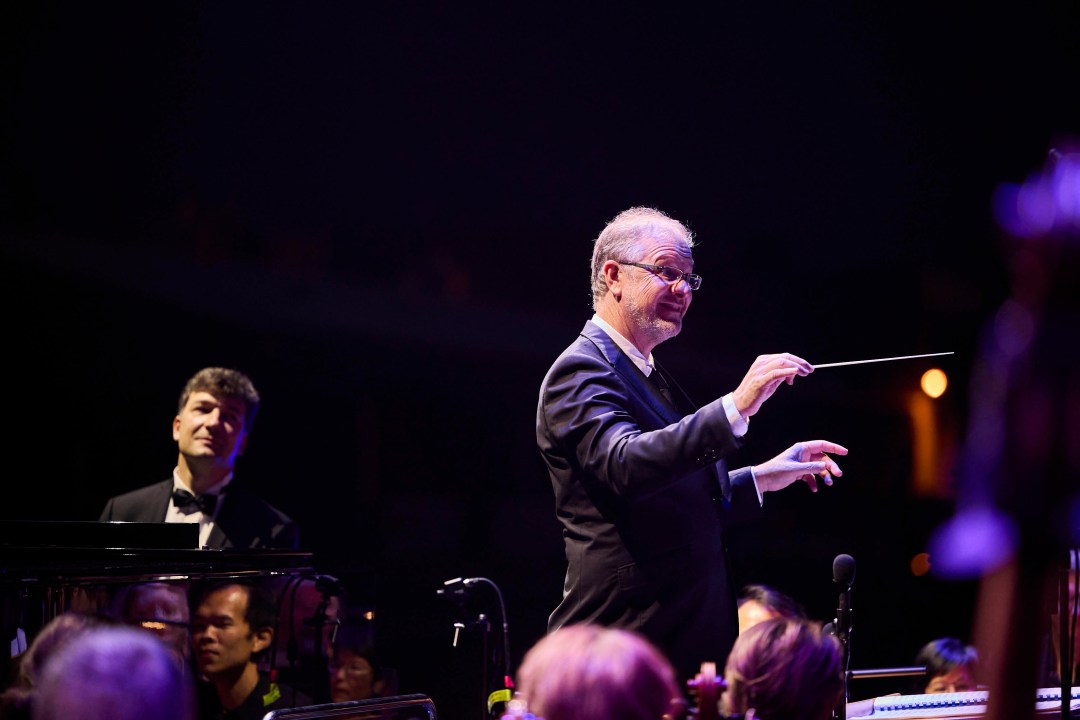 The sound quality of the ASO, under conductor Guy Noble (pictured), was a leap forward from previous al fresco concerts. Photo: Claudio Raschella

More rhythmic items fared a lot better. With pianist Konstantin Shamray in a flamboyant mood, Gershwin’s Rhapsody in Blue was sparkly and full of verve, and it was great to see Adelaide’s own Russian virtuoso play up to the occasion with such brimming enthusiasm – it was his first-ever outdoor performance. Big credit goes also to clarinettist Dean Newcomb for his daring, marvellously executed ascending slide at the beginning.

Three other works were Graeme Koehne’s showpiece Elevator Music, unmistakeably influenced by Bernstein when they are programmed together, Ravel’s Boléro, and Tchaikovsky’s 1812 Overture. Sonically the most successful was the Ravel. Every detail was clearly audible as the players passed the theme around over its hypnotic Cuban ostinato rhythm. A special nod goes to Steven Peterka for holding down that rhythm so exactingly all the way through on snare drum. The camera work in this was excellent too, allowing one to see each musician close up and hard at work on the overhead screens – including the violists and violinists strumming their instruments a la banjo.

Nothing could outdo the 1812 Overture though. The ASO called in the army for this one and, to whet one’s anticipation, a small brigade of soldiers performed various ceremonial preliminaries before loading up their cannons on a separate patch of lawn to stage left – and mercifully, safely out of the way of the audience. Of course, one has to wait until the very end before the volley of cannon fire that Tchaikovsky specifically calls for in his score; but when it came, accompanied by a colourful burst of fireworks, it made one fairly jump in one’s seat. All this noise swamped the orchestra in the final moments, but what fabulous over-the-top fun it was.

This is one work you definitely don’t want to see performed indoors. 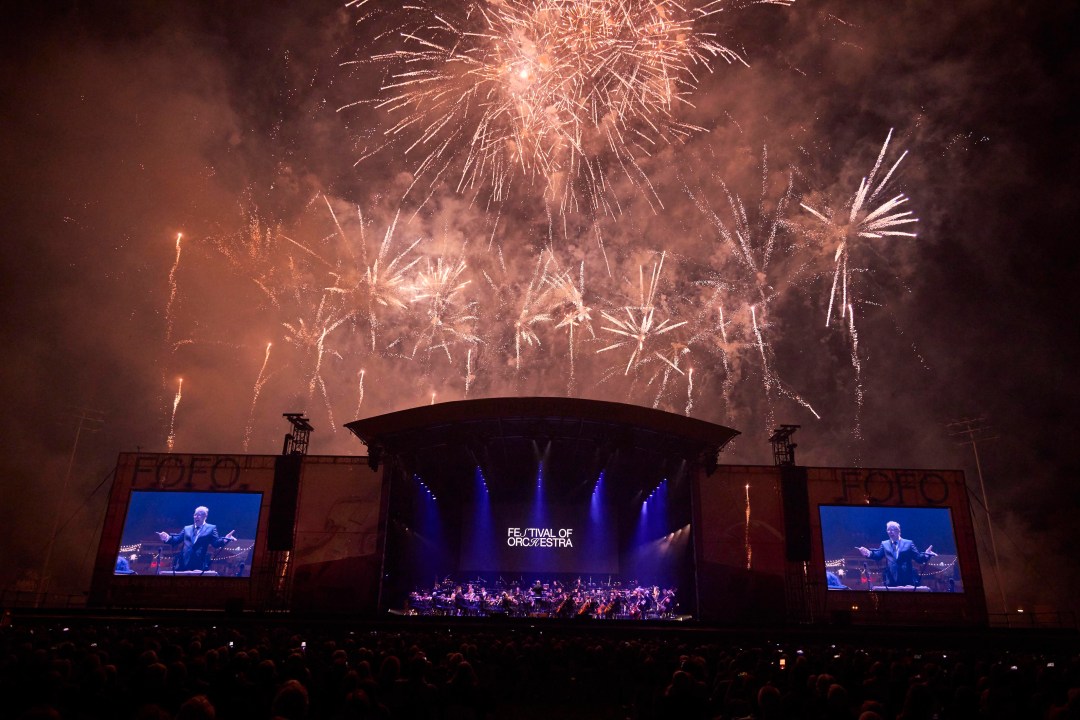 The first Festival of Orchestra concert ended with the 1812 Overture and a burst of fireworks. Photo: Claudio Raschella

All were well-chosen pieces, and clearly all in attendance left feeling pretty satisfied. To call this an orchestral pops concert would be to sell it short, because it was considerably more than that. It was a genuine community event that created a palpable sense of occasion, and without doubt, it gave hundreds of newcomers to orchestral music a very different kind of live musical experience.

The Festival of Orchestra continues until December 4.