A dozen Star Wars fans in full costume, complete with lightsabers and character masks, spread out in front of the Adelaide Symphony Orchestra before the performance of Star Wars: Return of the Jedi. That, and a full (COVID capacity) house at the Adelaide Entertainment Centre, gave a clear indication that a large audience had come ready to indulge in some nostalgic fun.

John Williams, who composed the score, has terrific credentials. In 2005, his 1977 Star Wars soundtrack was selected as the “greatest film score of all time” by the American Film Institute. With 52 Academy Award nominations, he is the second most nominated person of all time and also virtually tied up the Spielberg and Harry Potter music scores.

The sheer Now, the immediacy and dynamic textures of live music, brought new life to the experience of watching the movie. Being in a crowd with like-minded aficionados, and their own young children (a new wave or two of fans), had an obvious charm as well.

Nicholas Buc conducted the ASO in its mighty performance of this great Williams’ score; a concert that was originally scheduled for 2020 but deferred due to the pandemic.

Alongside the familiar movie ­– shown on a giant HD screen – were brash brass and stirring strings that ran in pulsating tandem with increasingly suspenseful moments, such as explosive fight scenes between sentient beings of various sorts, and space-ships in combat. There were also light touches with piccolo and a swirl of violins to the fore when wry humour presented.

Has the movie aged well? Everything drew applause. That ranged from the moment of the studio’s own theme music at the very start, with a sense of audience anticipation, to each strategic shift in plot. The appearances of major characters all warranted whistles, whoops and applause – including, a little surprisingly, the first appearance of Darth Vader. Going by the cheers from the audience throughout the show, Return of the Jedi still has entrenched appeal.

There’s no outer space like Hollywood’s, where mighty vessels creak and make engine noises and shatter at full volume despite the vacuum in which they operate. Could it be any other way, though? The various forms of combat seem to go on for ages, but it is Star Wars, after all, and that compensates somewhat for the thin, if moralising, plot. 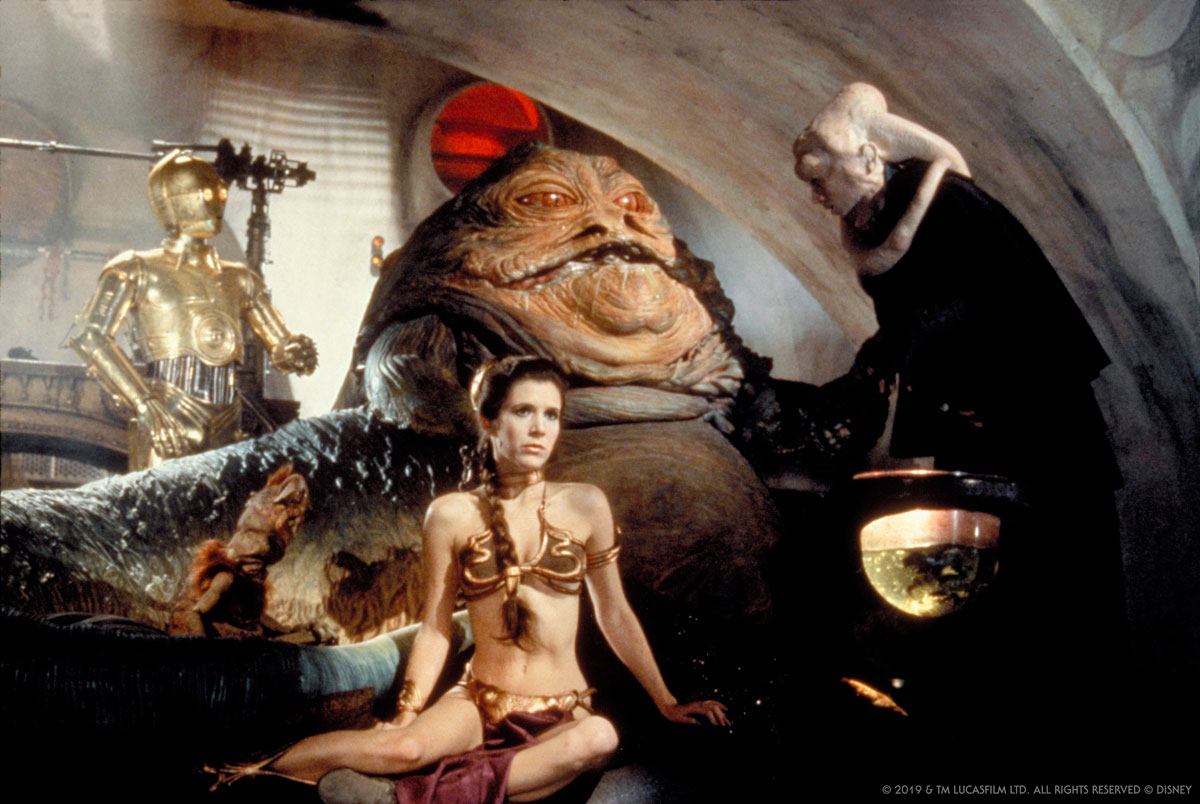 Back to the score. The ASO ramped up the majestic drive of brass and martial drums very effectively, especially with repeated variations on the introductory theme music. It suited those moments when something like military muscle is on display or a threatening force was about to be deployed.

It would be awkward to rate an iconic movie, indeed a whole franchise, that has had such obviously broad appeal. Many have done so before and the question of what might now be added does raise its not-so-alien head. The difference on this occasion is the integration of the ASO and the dynamic effect of live music. At times, and briefly, the music did overwhelm the dialogue or the opposite occurred. In all, however, the vibrancy of a live orchestra won out.

A curious but salutary part of hearing the live music was that as the credits rolled, you could focus simply on the orchestra without the distraction of plot action, and then appreciate both how well the score has been put together and what richness the orchestral experience has to offer.

Nicholas Buc added a wry touch when, after the traditional cheers, he reappeared brandishing a lightsabers instead of a baton, to which some members of the audience responded with their own. It underscored that shared enthusiasm of musicians and audience for a striking work of popular culture on a special night.

The Adelaide Symphony Orchestra performed Star Wars: Return of the Jedi in Concert at the Adelaide Entertainment Centre Arena on Saturday.