As reported in February, King has moved to a new off-stage role as the ASQ’s director of engagement and learning after nine years performing with the group. 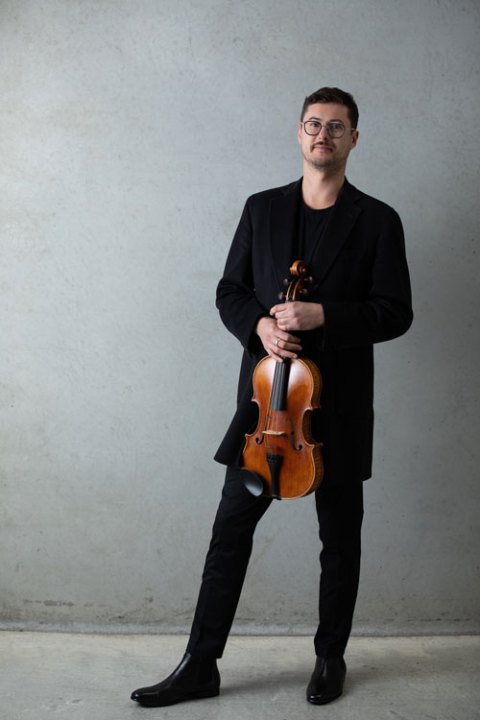 “I am thrilled to be joining the ASQ as its new violist,” Cartlidge says.

“For me, this is a new frontier to be explored: to express myself in new ways, to be a better musician, violist, and communicator. I can’t wait to see what the future holds.”

It is the second change in the ASQ line-up in recent times. Cellist Sharon Grigoryan left at the end of last year and was replaced by former Melbourne Chamber Orchestra cellist Michael Dahlenburg. The other members are violinists Dale Barltrop and Francesca Hiew.

ASQ chief executive Angelina Zucco says Cartlidge’s appointment marks the beginning of a new era for the quartet, while violinist Hiew says the players are excited to welcome him.

“Christopher is an exceptional musician and dear friend who we all have had the privilege of working alongside in various ensembles for over a decade,” Hiew says. “Christopher’s time as guest violist with the ASQ at the beginning of the year revealed a natural musical affinity that we look forward to sharing with our audiences around the world.”

Cartlidge makes his official debut with the quartet in a performance with composer and ARIA-winning digeridoo player William Barton at the Town Hall on July 21 as part of Illuminate Adelaide.