Not since 1971 ­– when the town briefly became Australia’s answer to the famous Woodstock Festival as the site of a three-day “Aquarian exposition of peace and music” – has the town created such an audible buzz.

It’s all down to the vision of sound engineer and producer Tristen Bird, who reimagined the concrete walls of the old Myponga Cheese Factory as a funky recording space.

The new venture represents a coming home for Tristen, a touring musician and recording artist in his own right, after more than 20 years living interstate.

He can thank his musician father Dean Bird for introducing him to the town. Dean, a Fleurieu-based entertainer, wrote and recorded Myponga ’71, a tribute to the music festival he attended as a 21-year-old.

“Little did I didn’t think this would be the time or the place I would be setting out on my most ambitious project,” Tristen laughs.

“I was actually about to sign a lease on a big new studio in Melbourne last year and COVID stopped me doing it three times, which I know now was for the best.”

Since opening the doors to the smaller of two studio spaces in April, Tristen has attracted interest from the likes of The Badloves and The Whitlams guitarist Jak Housden.

Travis Demsey, the former Living End drummer, is recording his first solo record at Palomino Studio. He originally began working with Joe Camilleri’s Woodstock Studio in Melbourne but decided to continue the project on the Fleurieu, which he now calls home. Tristen and Adelaide singer-songwriter Jen Lush have also just finished recording an original song which is due for release in spring.

“I have five projects with mostly local clients on the go at the moment, but now that some touring is happening, I am reaching out to put this on the radar of interstate people a bit more,” Tristen reveals. 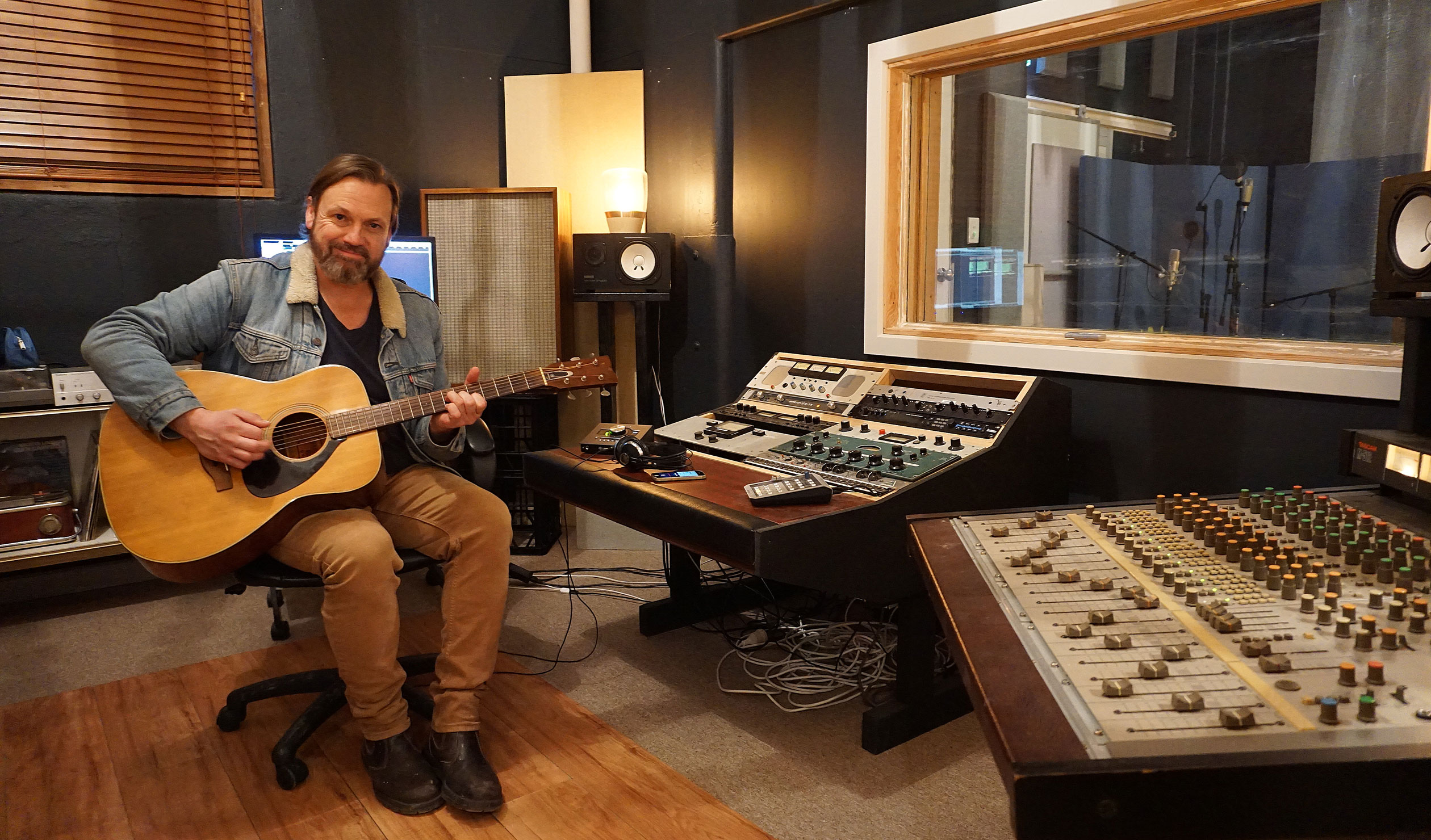 Tristen is a touring musician and recording artist in his own right. Photo: Sarah Harris

“The space is working really well. There is no noise leak in and out, which is great.

“The response I have had from artists performing and recording is that they really like performing to the space. They feel like it is interactive and not completely dulled down like a lot of studios can be.”

A major point of difference between Palomino and the big established studios is Tristen’s holistic approach to the process.

“I believe in creating an experience for people where they can come here, experience the beautiful setting of the town, stay in the town and support the local economy through that,” he says.

The hall outside the studio is lined with guitars, or “paintbrushes” as Tristen calls them, each of which has its own story and timbre adding to the mix.

The control room also reflects his respect for the history of sound recording and Australian music culture. “There is a real mix of equipment in here from the ‘40s up to now; all bring different colours and attributes.”

This includes everything from a vintage Altec compressor of the kind used to record The Beatles to a 36 analogue recording console commissioned in the late ‘70s by Kerry Packer for Channel Nine in Brisbane.

“The recording process will be unique in that, if you choose to, you will be able to record and finish up completely on Australian-made vintage equipment, which is pretty cool,” Tristen says.

The larger studio will be used to record bigger groups like choirs, string ensembles and small orchestras, but also as a performance space so artists can record, launch and take home hand-pressed vinyl keepsakes as well the masters.

Tristen is also keen to help foster the next generation of musicians and sound recordists, and is looking to build relationships with local schools, so it might become a resource centre for students.

“I think being a musician and songwriter myself really helps on this side of the window because I understand how writing a song and bringing it into existence can be difficult. I understand the score, as it were.” 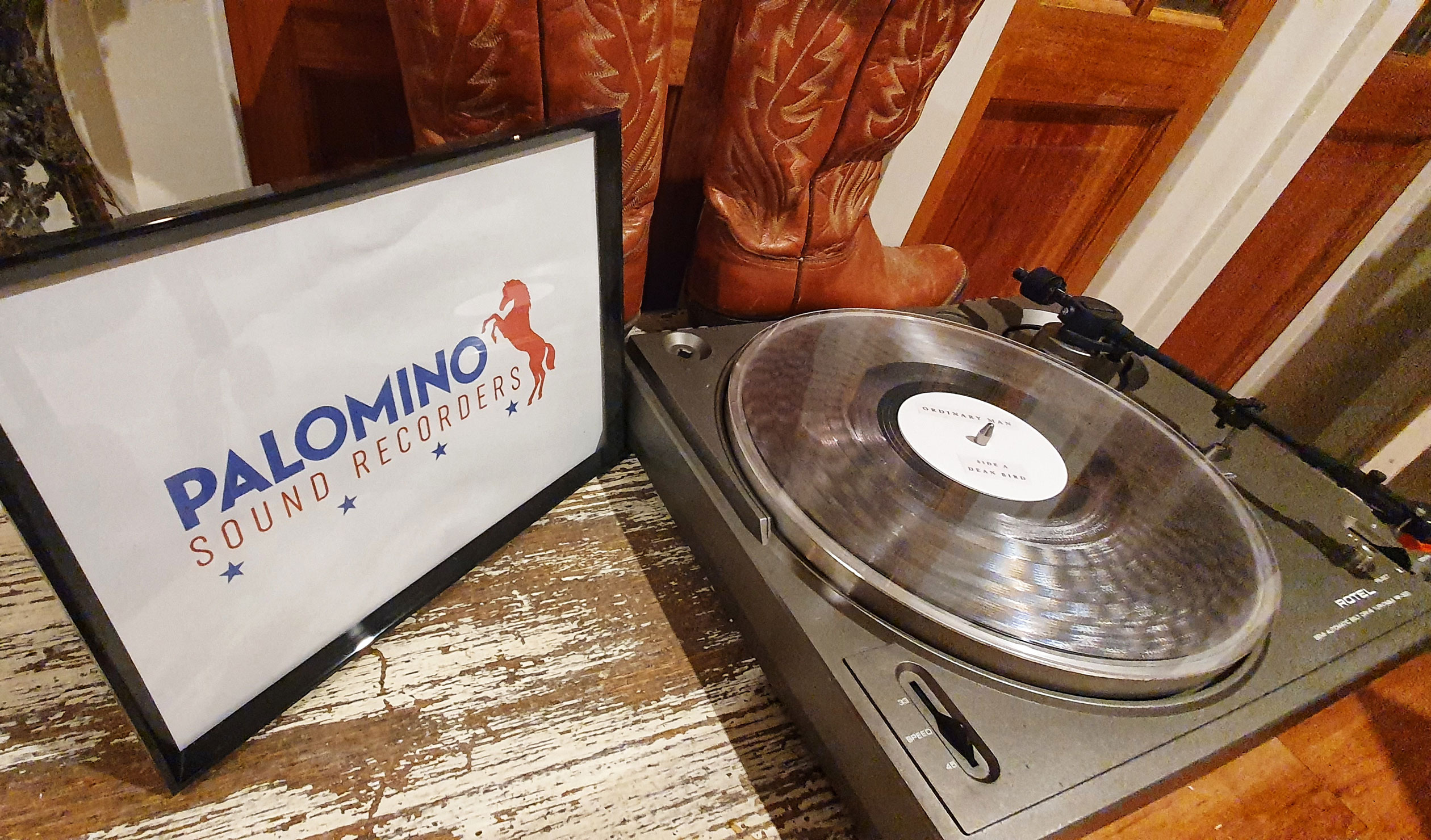 Anti-mandate Antic lashes out after being sent to quarantine