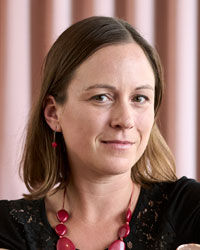 Partita for 8 Voices, by Caroline Shaw: To my ears, the Partita sounds like music of now steeped in the strong traditions and structures of the past. It sounds fresh yet old; familiar yet constantly surprising – characteristics I find present in all Shaw’s music. The first chord that blooms out of the spoken counterpoint in the opening moments of the piece never fails to send shivers up my spine. I think I am also drawn to the piece because, although I write a lot for voice, Shaw’s approach is thoroughly different from my own. It reminds me that a composer’s voice can take influence from so many seemingly disparate events and processes, and that exploration and bravery are pivotal in the creative process.

Etruscan Concerto, by Peggy Glanville-Hicks: The Etruscan Concerto was the first work by Glanville-Hicks that I remember hearing. At the time, I didn’t know who the composer was, or even that it was by a woman composer, and an Australian one at that! Although I completed an entire semester course on Australian music in my undergraduate studies, Glanville-Hicks had never been mentioned, which seems rather dreadful to me now. From the unashamedly joyful opening, through the spacious and glorious middle movement, to the memorable final theme, I enjoy every moment of this 15-minute work. 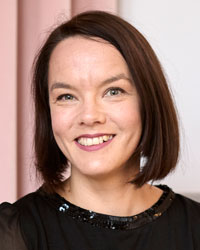 Of Stars and Birds, by Nardi Simpson: I’ve recently come across the work of Yuwaalaraay composer Nardi Simpson which has excited me. I love the story that “Of Stars and Birds” tells – it is inspired by a Yuwaalaraay story featuring a sulphur-crested cockatoo and a wedge-tailed eagle who transition into stars and can be seen in the Southern Cross. I think it is important to celebrate the stories of our First Nations people as it informs who we all are as Australians.

Hands Free, by Anna Meredith: Meredith is a UK-based composer/producer/performer whom I was thrilled to meet a couple of years ago. Her work “straddles the different worlds of contemporary classical, art pop, techno, large-scale installations and experimental rock”.  I love her exuberance, cheeky irreverence, use of structure and unusual combinations of instruments. “Hands Free” is a piece for orchestra to play “hands free”, without their instruments. 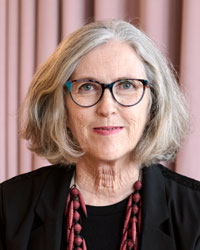 Piano Trio for violin, cello and piano, by Dulcie Holland: An immense chamber music work written in 1944 by one of Australia’s best and yet most neglected chamber composers. I discovered it in the Australian Music Centre library and we premiered it in 1991 at the first Composing Women Festival in Adelaide. The irony is that Dulcie had to wait 47 years to hear the first performance, which has since become a standard of the piano trio repertoire.

Great White Bird for string quartet, by Hilary Kleinig: Hilary writes and plays a poignant 2016 lament that uses strings very imaginatively while paying homage to South Australia’s first people. She based it on a melody from a 1928 wax cylinder recording of Susie, a Wirangu woman from western Eyre Peninsula who sang of the tall ship, like a great white bird from across the seas. 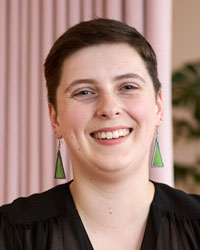 Lily’s Eyes from The Secret Garden, by Lucy Simon: Public service announcement: not all musical theatre is composed by men! I love a good show tune, and Lucy Simon’s “Lily’s Eyes” has it all: the emotion, the drama, the amazing key change at the final chorus… perfection!

Pitter Patter, by Elena Kats-Chernin: Among many things, what inspires me about Elena Kats-Chernin’s music is an elegant simplicity. “Classical” music does not have to be overly complicated. I first heard this piece live at the 2017 Adelaide Cabaret Festival as part of The Hush Foundation’s launch of Hush 16: A Piece of Quiet, and I was so incredibly moved. This beautiful album, and The Hush Foundation’s entire catalogue, is such an important contribution to new Australian music, and I encourage everyone to look further into Hush’s work in transforming the culture of healthcare through the arts. 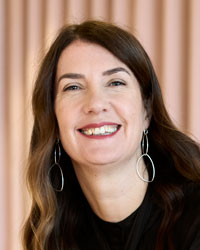 Two of my favourite works are piano trios by female composers.

Piano Trio in D minor, by Fanny Hensel (nee Mendelssohn): Hensel was a formidable 19th-century composer and pianist, overshadowed in history by her brother, Felix Mendelssohn. When she was a child, the two were considered musical equals, but as they grew up Fanny was coaxed into private music-making, while Felix went out to conquer the world. Fanny Hensel’s Piano Trio in D minor is a fascinating work: it is not really a “domestic” work at all, but seems like a piano concerto crammed into a chamber music format. Here’s a recording of my trio, Seraphim, playing the first movement.

Piano Trio, by Germaine Tailleferre: This is a more recent discovery of mine. The sole female member of the legendary French group, Les Six, Tailleferre allegedly changed her name from Taillefesse to spite her father, who did not support her composition. Despite this lack of paternal support, she studied at the Paris Conservatoire, and enjoyed a rich and varied musical life spanning much of the 20th century. This piano trio was first composed in 1916-17, and revised in 1978. Perhaps this explains its beguiling mix of a young woman’s exuberance and a delight in chamber music craft. .

At the Silent Women Symposium this Saturday, June 19 (Madley Studio, University of Adelaide), Anna Goldsworthy, Hilary Kleinig, Rachel Bruerville, Becky Llewellyn and Anne Cawse will discuss the role female composers play in our musical culture, the problems of representation, and the positive steps that are occurring to address gender imbalance in classical music. Other events in the Adelaide Symphony Orchestra’s She Speaks mini festival include a lunchtime chamber concert (Domestic Voices, Elder Hall), an evening orchestral concert (She Speaks, Elder Hall), and Late Evening New Music – When We Speak (Elder Hall). See the full program here.