King has been a member of the ASQ since 2012 and will play several more concerts before taking up the position of director of engagement and learning, which will see him charged with developing creative collaborations and educational initiatives to broaden the quartet’s reach.

His move follows the departure of cellist Sharon Grigoryan, who left late last year to spend more time with her family and on other projects. In the first change in the line-up in around five years, former Melbourne Chamber Orchestra cellist Michael Dahlenburg took Grigoryan’s place alongside King and violinists Dale Barltrop and Francesca Hiew.

After spending the past 25 years as a “travelling performer”, King tells InDaily the latest change comes at the right time for both him and the ASQ.

“It’s been very stable and it still has a very strong sense of stability,” he says of the quartet.

“Michael is a wonderful replacement for Sharon… the group itself is in a really good place. And the group goes much further than the players on strange – the management and the board are all in alignment. There’s this strength and unanimity of purpose.”

In his new role, King will work to extend the ASQ’s reach beyond the concert hall and move towards what he describes as a different model of engagement. He cites last year’s launch of the “ASQ Live + On Demand” digital streaming platform as an example of how its music can be made more accessible and available for educational purposes.

“The digital side is never going to replace live music; we’re not aiming to do that but we are able to reach more people with it…

“Really, I want to be giving back some of the knowledge, some of the experiences I’ve had over many years of performing music. It’s not just education for children but for everyone who is interested in music.” 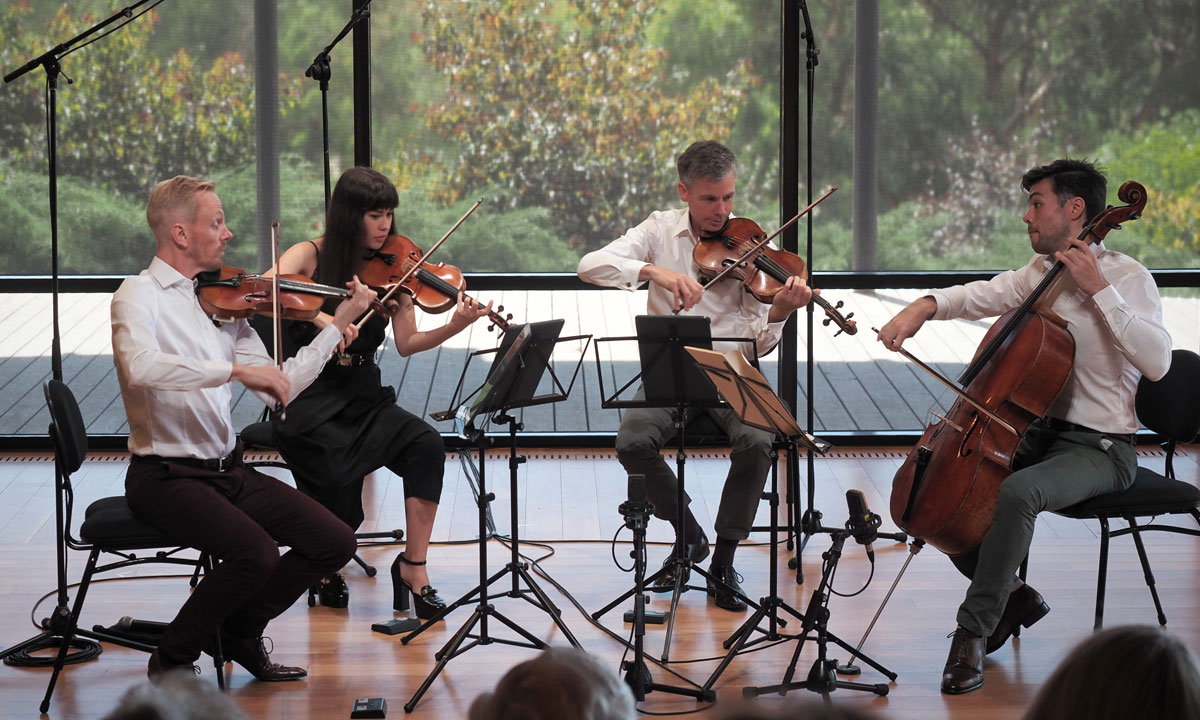 King is also focussing on new creative collaborations for the ASQ. There is already one in the works with composer and musician William Barton, which will see a piece Barton has written performed with the quartet and turned into a virtual-reality work with local company Jumpgate.

Stepping away from the ASQ’s usually hectic touring schedule will also give the father-of-three more time to spend with his family and more energy to put into his personal creative pursuits, which he says integrate his passions for music, design and architecture: “I’ve got a shed that’s waiting and notebooks full of ideas and that combine those things.”

King will perform with the ASQ at concerts in May and June, and until a new member is appointed the quartet will play with guest violists at other shows – including Impermanence, a new work presented by Sydney Dance Company for which they will play a score written by Bryce Dessner (founder of American rock band The National). Impermanence opens in Sydney this month and will have a season at the Festival Theatre during the Adelaide Festival.

The ASQ is also playing as part of the Incredible Floridas: Chamber Landscapes concert series at UKARIA Cultural Centre during the Adelaide Festival.