Announced today and presented by the Adelaide Festival Centre, Music @ The Maj will see audience members seated in a checkerboard format at the rebuilt Grote Street theatre to meet COVID-19 guidelines.

The series will feature musicians who took part in the Adelaide Guitar Festival’s recent Backstage Sessions Live; a night of classical music with artists including pianist Konstantin Shamray, classical duo Slava and Sharon Grigoryan, and the Australian String Quartet; and a jazz concert led by composer and bass player Lyndon Gray.

But first off the rank on October 9 and 10 is The Cowgirl & The Showgirl Ride Again, in which cabaret and jazz performer Libby O’Donovan and multi-Golden-Guitar-winning country singer Beccy Cole take audiences on “a journey of intertwining genres”.

“As well as doing our own original songs, we’re covering everyone from Shirley Bassey to Nina Simone to Tammy Wynette, Reuben McIntyre – all the big country names as well as the big jazz names,” O’Donovan says, “and lots of show tunes like Les Mis and Phantom of the Opera.”

The concert, which was to have been part of this year’s Adelaide Cabaret Festival until the pandemic forced its cancellation, will include some medleys and classic duets in which the pair swap genres.

“We’ll also have a bit of a duel, a sing-off between cabaret and country or jazz and country, and that’s really fun,” O’Donovan says.

They normally spend most weekends touring and performing, but have had overseas events cancelled as well as a string of concerts and festival appearances through until early next year.

“Basically the whole of 2020 has just been a stream of phone calls cancelling things,” O’Donovan says.

“There’s an element of stuff you can do online but it’s just not the same because part of what we do as artists is that we create communities at that moment… if you aren’t there the moment a performance happens, you will never see the exact same thing again.

The isolation and challenges created by COVID-19 aren’t ideal conditions for creativity, but O’Donovan says their Music @ The Maj concert will feature new original music she and Cole have written which comments both on their genres and on their personal lives.

“What we’re creating for The Cowgirl & the Showgirl is exciting because we actually do have a gig in the books, so that makes it a lot easier to create something… we’ve got a purpose.”

While the duo would ordinarily perform with a band of musicians from across the country, COVID-19 restrictions mean that this concert will have an all-SA line-up.

“What I love about Music & The Maj is that the Maj is an iconic South Australian venue and the series is drawing from the rich artistic pool that we have right here in South Australia, so all the performers are from here,” O’Donovan says.

“It’s showcasing to our South Australian audience all the talent that we have here.” 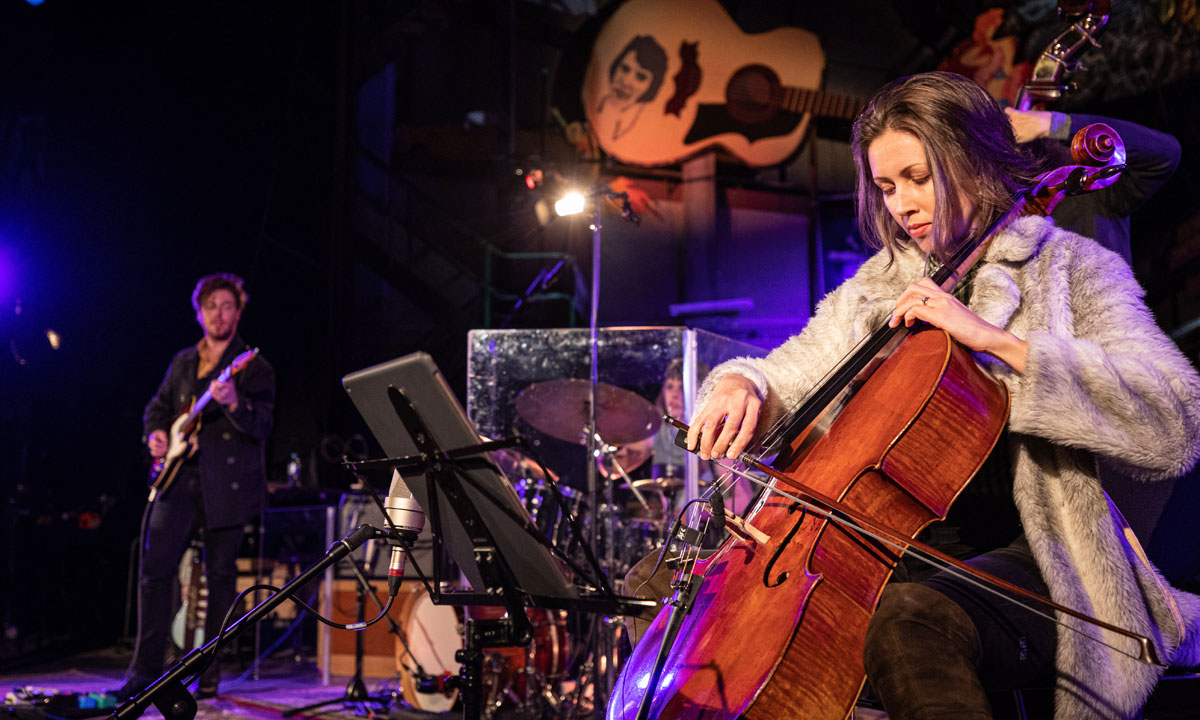 The full line-up for Music @ The Maj:

October 9 and 10: The Cowgirl & The Showgirl Ride Again, with Libby O’Donovan and Beccy Cole.