Gaydon, who can currently be seen performing his own composition “The 21 Thoughts of Toru in the Well” as part of the ASO’s Virtual Concert Hall, is almost as passionate about tennis as he is about music. His father played with tennis greats Roy Emerson and Ashley Cooper and instilled a great love for the sport in his children.

Here, he shares his musical influences – including the hit musical he has on high rotation – and a bit of family folklore.

When did you decide to pursue a career as a musician?

As a teenager, I was obsessed with two things: tennis and writing songs on the guitar for my high school band. Growing up in Toowoomba, I was relatively sheltered from classical music, but when I discovered the bassoon and heard the Vivaldi Bassoon Concerto in E minor on the car radio one afternoon as a 16 or 17-year-old, I was taken with the sweet, luscious and deep resonant sound. From that moment my path was set.

What is the best thing about being a musician?

Each day I have the privilege of playing great works of artistic genius and collaborating with my many wonderful and distinguished colleagues in the ASO. I love the sound of the bassoon and of the symphony orchestra.

Who has influenced you most as a musician?

The wonderful bassoon teachers I’ve had over the years. Also, I’d add the two amazing cellists Yo-Yo Ma and Steven Isserlis, who both have impeccable musicality and taste. An earlier inspiration to become a musician was the blues guitarist Stevie Ray Vaughan. In high school, I played lead guitar in a band named Stevie’s Dream.

Tell us about the instrument you’re playing on at the moment.

I bought my instrument in Madrid, Spain, in 2018. It was made in 1987 and was played in the Madrid Symphony Orchestra for nearly 30 years. It is a 13000 series Heckel bassoon.

If you could play a different instrument, which would you choose and why?

The cello or the double bass for the rich depth of sound.

What is your most memorable performance with the ASO?

My most memorable performances with the ASO have been with our former chief conductor Arvo Volmer. In particular, the Sibelius Symphony cycle and the bassoon concerto I played with Arvo conducting: The Five Sacred Trees by John Williams.

Which solo or moment in the bassoon repertoire is your favourite?

The “Berceuse” from Stravinsky’s Firebird Suite.

What’s your favourite memory of performing with an orchestra?

I have two performances that still stand out as the most riveting and exciting I’ve been involved with and both took place in Bloomington, Indiana, as a member of the Indiana University Philharmonic. The first concert was Symphony No. 1 by Shostakovich and Symphony No. 7 by Beethoven, conducted by Kurt Masur. The second was Symphony No. 2 by Mahler, conducted by former assistant conductor of the Philadelphia Orchestra, David Effron. Both performances were deeply moving and uplifting and cemented my desire to be principal bassoonist in an orchestra.

Mark Gaydon during recording of his Virtual Concert Hall piece.

When you’re not performing or practising, what do you enjoy doing in your free time?

My favourite thing to do outside music is definitely tennis.

I’d like to think I’d be a writer or an artist, but I feel it’s more likely I’d be a professional tennis coach.

What are you listening to at the moment?

Name four things people may not know about you? 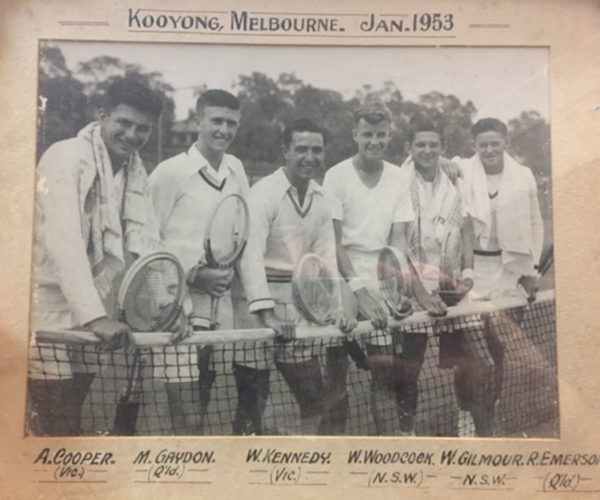 What pieces of music never fails to move you?

What books are on your nightstand?

This year I’ve read some great books: The High Mountains of Portugal by Yann Martel, Self by Yann Martel, Outliers by Malcolm Gladwell, Leadership by Doris Kearns Goodwin, Teach Yourself to Think by Edward de Bono and Serve to Win by Novak Djokovic.

Mark Gaydon’s performance of his own composition “The 21 Thoughts of Toru in the Well” is available to view through the ASO’s Virtual Concert Hall until July 15.