Tell us about the program for ‘Tis the Season and why you’ve selected these particular works (which include Wendel’s “Carol of the Bells” and Mozart’s “Toy Symphony”)?

Tis the season to be Christmassy, so we like to include a number of Christmas-related pieces to get everyone in the mood.

The overture to “Die Fledermaus” doesn’t really have a Christmas connection, but I always think it is a bit like opening a bottle of champagne – sparkling music definitely appropriate for the festive season.

The concert will culminate with The Snowman, by English composer and conductor Howard Blake. What is the story behind this piece of music?

Raymond Briggs wrote a picture book called The Snowman in 1978. A producer called John Coates wanted to turn it into a film and asked Howard Blake if he would write the music. It was Howard Blake who convinced Coates that the film should be wordless – just images and Blake’s music telling the story.

The only actual words come in the famous song “Walking in the Air”, which NASA used for a wonderful time-lapse video of the auroras from space.

In our concert, in the absence of the film, I will narrate the story for the audience and ASO cellist David Sharp will do the conducting.

Classics Unwrapped is a much-loved feature of the ASO’s season – why do you think the concerts are so popular?

The concert is short, 75 minutes straight through, then you can go to dinner. There’s lots of shorter pieces rather than one big symphony, so there’s a lot of variety.

Are the concerts just as much fun for the musicians?

What is your favourite piece from Classics Uwrapped: ‘Tis the Season?

I love the “Troika” from Lieutenant Kije. It is such great, positive sleigh ride music.

“Silent Night” is probably my favourite carol. Such a beautiful melody and the words are so lovely – “silent night, holy night”.

And your favourite Christmas movie?

Elf, with Will Ferrell. I met him once and disgraced myself like a teenage girl. 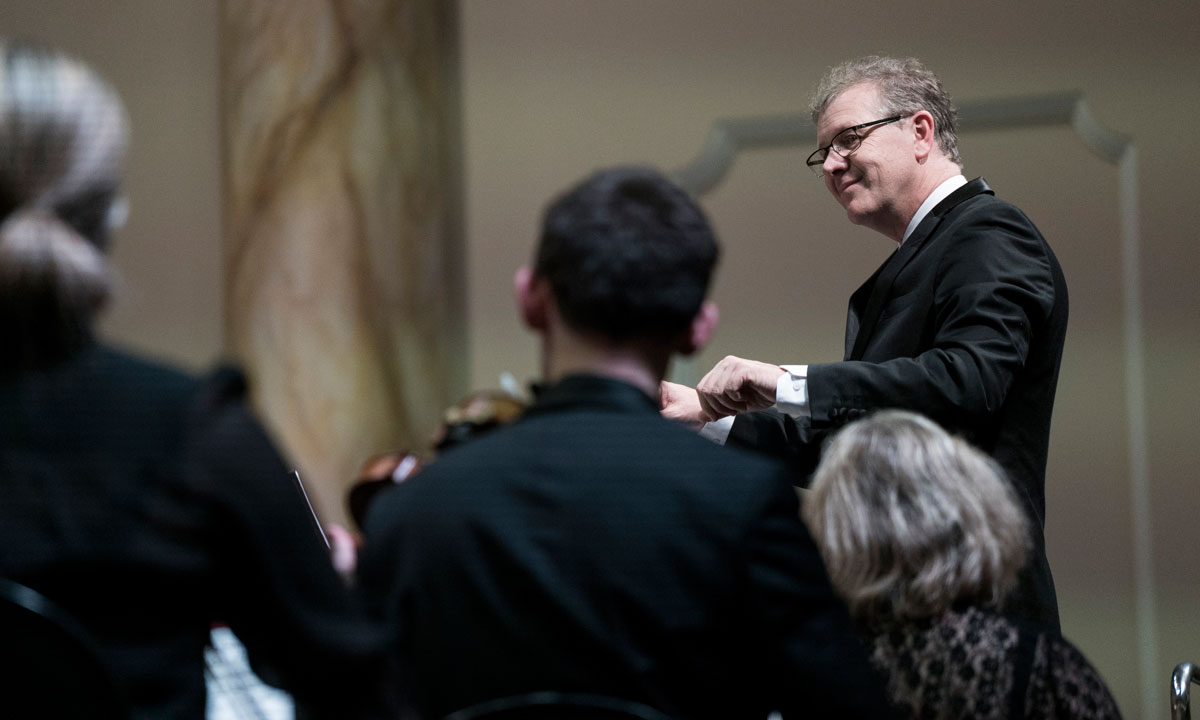 Conductor Guy Noble is dreaming of a kind and courteous Christmas.

Describe the atmosphere in your house on Christmas Eve?

How are you spending Xmas Day?

We are hosting my family, so there will be some presents in the morning and then my parents and sister will also arrive to join in more unwrapping.

What’s on the menu?

I would love everyone to treat each other with a little more kindness, and I include myself. I wish that people driving on the roads in Sydney would be more courteous, and I also wish that Santa would put a revelation into Scott Morrison’s stocking that coming up with a sensible plan to support renewable energy will help us all.