Her skills shone, with precise and bright high notes, especially in the call and response moments of the opening allegro. The final movement demands complex interaction between the violin and the orchestra, where Clifford’s playing took on an appropriately more earthy approach.

Her physicality was also prominent as she shifted her weight from side to side, and bent her knees and rose with certain passages as if leaning into them to add extra energy. In all, it was a very giving and captivating performance, with the orchestra showing its approval with much foot-stomping, and the audience twice calling her back. 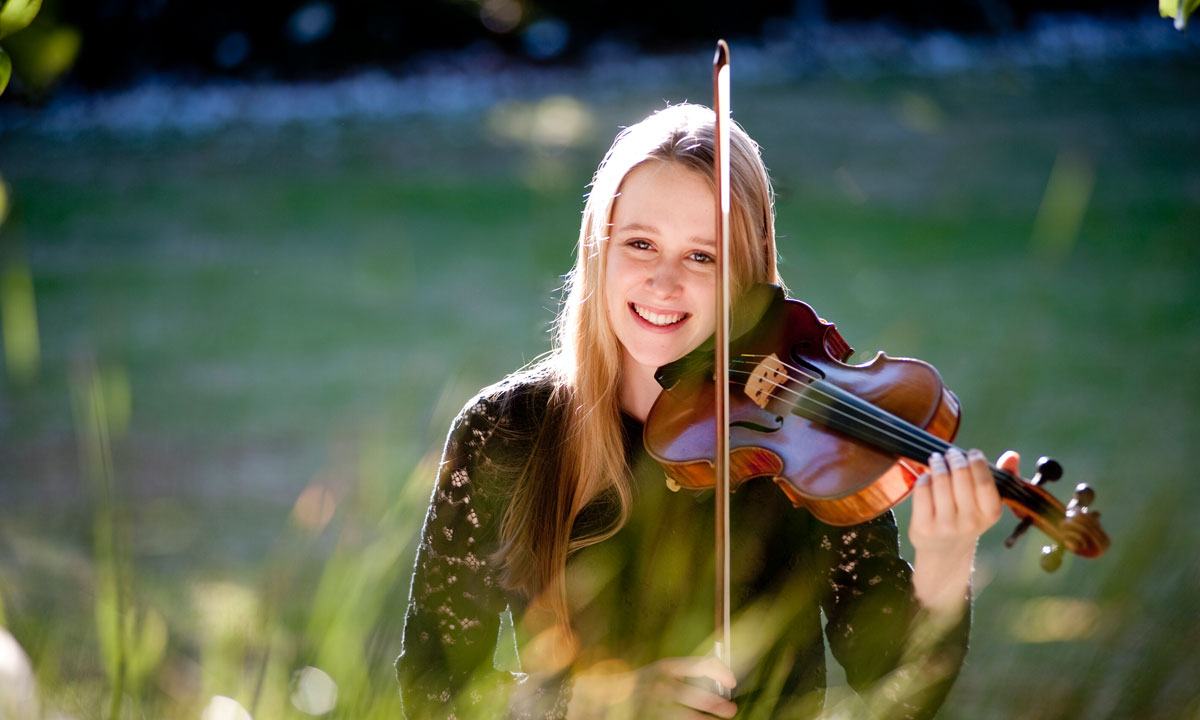 That short work (32 minutes) was followed by one of a very different kind: Anton Bruckner’s Symphony No. 5 (80 minutes). But first, ASO managing director Vincent Ciccarello marked the end of Nicholas Carter’s four-year tenure with praise and a boxed set of all the ASO recorded performances over the period.

Carter then offered the audience a commentary on the work of Bruckner, who he said “needed a PR manager” because his compositions were so demanding of both orchestras and audiences. Symphony No. 5, in particular, was full of repetition and bombast and uncertain directions, but had a “transcendental end”.

The Bruckner was compelling stuff, with powerful charges often being interrupted by pizzicato rests; it was, by turns, scintillating and baffling. At times, one might imagine several different composers were throwing in disparate ideas. Whether sumptuous or tentative, the piece produced pleasing moments, such as a deft exchange between the strings and woodwinds, and brass being used to add its considerable muscle.

After the tripping lines of the scherzo, we came to that previously pitched ending. It was swirls of sweetness, then blare and saw, suspense and a frontal assault that rose to a gyre worthy of Spinal Tap’s amps set to maximum. But it was not transcendental.

Watching the ASO makes one appreciate the effort required to perform challenging material for a night like this, let alone in a full season of them. Hats off to all the musicians – and, on this night, especially to the young violinist, Grace Clifford.