Slava’s parents are Eduard and Irina Grigoryan, both professional violinists and music teachers, and Sharon’s mum Diane is a Melbourne-based classical music teacher.

“He’s got music on all sides, so he’s pretty lucky,” says Slava, cradling his son.

“Sharon is also a really good pianist and we have a piano here at home so she might start him off.”

Sebastian was born on July 12, a couple of weeks early, and weighing just 2.76kg.

“Of course it’s been amazing and at times overwhelming as well. Before he was born I was enjoying reading up a lot on what to expect and what to do and it is very true you just have no idea until you go through it.”

Slava has two children from a previous marriage: Isabella, 17, and Paolo, 13, who also plays classical guitar. They both live in Melbourne but will meet their new sibling soon.

“Paolo will be here for Adelaide Guitar Festival next month, but Isi has Year 12 madness at the moment and we might go to Melbourne in September for her birthday,” Slava explains.

In the past, Slava divided his time between Melbourne and Adelaide, but the ARIA-award-winning performer is now based full-time in Adelaide, where he is artistic director of the upcoming Guitar Festival.

Despite having two children, the 41-year-old father admits he’s no expert when it comes to this new-born phase as he was away on tour when his older children were born.

“This is a first for me so I’m getting to experience it all, which is lovely,” he says. 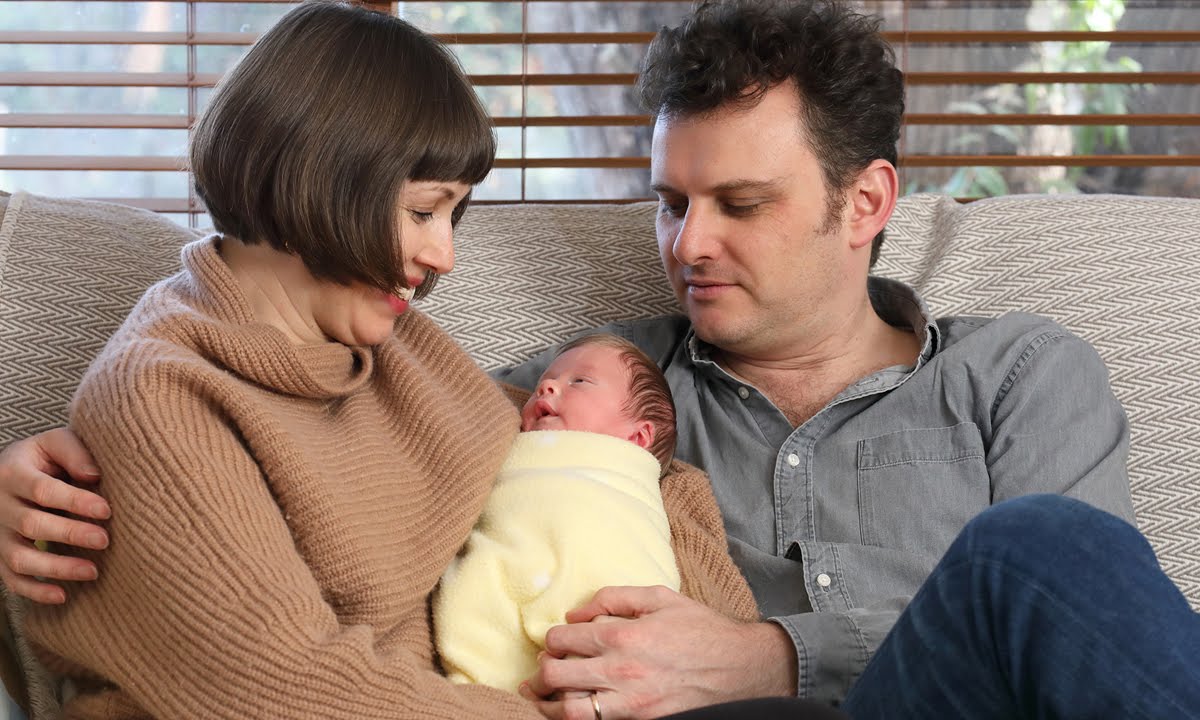 Sharon will take 12 months’ maternity leave before heading back to the Australian String Quartet and straight into a national tour next year, with baby Seb in tow. Slava will go along so the couple can manage the juggle and “see what we’re in for”, Sharon says.

Slava also has plans to tour with brother Leonard next year, so the juggling act will continue with the support of grandparents.

Leonard and his partner Caitlin also recently had their first child, baby Mickaël, who is five months old.

Sebastian’s arrival was perfectly timed, with Slava free to spend time at home now before Adelaide Guitar Festival kicks off on August 9.

“This year our targets were bigger than before and it looks like we’re getting there,” Slava says.

“Opening night is pretty popular with Tommy Emmanuel and Pedro Javier Gonzalez, and that looks like it’s going to sell out pretty soon, which would be great because it will be our first officially sold out Festival Theatre show.

“Other big shows are going to be very special, including Albert Lee’s 75th birthday tour show, which I feel very proud about as we got him out here and he is now doing a big Australian tour.

“And the Festival Final will be great. Audiences get to see the Adelaide Guitar Festival Orchestra with more than 100 guitarists on stage, plus Derek Gripper, the great south African guitarist, this will be his only Guitar Festival gig, and Lenny and I will be playing with the Beijing Guitar Duo, and that is the only moment we’ll have on stage during the festival so that will be a really special way to wrap things up.”

Slava is also appearing in 10 shows for Resonance, the AGF initiative that sees musicians play in homes for the elderly and in hospitals across regional and suburban South Australia, tapping into the healing power of music.

“This festival is growing in terms of the community engagement in the month leading up to it, with Resonance, and we also have Guitars in Bars and our Winter School, so it’s easy to see how much bigger it’s getting every year,” Slava says.

“The festival itself is still the four days at the AFC but there are more shows and it’s definitely blossoming in new ways.

“I think this year we had three competitors from Adelaide in the International Classical Guitar Competition, which we’ve never had before, and one got through to semi-final stage – that is a huge improvement on the past.”

Slava also reveals there has been talk about the AGF becoming an annual event at some stage.

“Ideally, that is something we are all aiming towards,” he says.

One might expect young Sebastian Grigoryan to be on the bill in coming years.