Sydney-based Gang of Youths scooped Album of the Year, for their second record Go Farther in Lightness, as well as Best Group and Best Rock Album.

Frontman David Le’aupepe paid homage to Australia’s indigenous community and the country’s immigrant population, as well as his own roots.

“We’re Pacific Islanders and we’re very proud of our heritage,” he told the crowd at The Star in Sydney.

“We’re not just big people with big voices, we are a strong people, a proud people and we’re a loving community. We’re not just useful on the footy field.”

They also had a message for the ARIA audience.

“Change doesn’t come from everyone being comfortable.”

The duo has been vocal in pushing for change in the country around indigenous rights, with their protest song “January 26” urging that the date of Australia Day be moved. That track and Reclaim Australia were named best song and best release at the South Australian Music Awards earlier this month.

“The main point of this whole record was to spark a change an expectation and an idea of what an indigenous artist could be,” Briggs said in his ARIA Award acceptance speech.

Kelly took out Male Artist of the Year for the third time and Best Adult Contemporary Album for Life is Fine.

Rock dominated at the ARIAs, from Jimmy Barnes’ closing performance of AC/DC’s “High Voltage” to Daryl Braithwaite’s powerful performance of his hit song “The Horses”.

Braithwaite was inducted into the ARIA Hall of Fame, joined by Vera Blue and Guy Sebastian onstage for the performance. 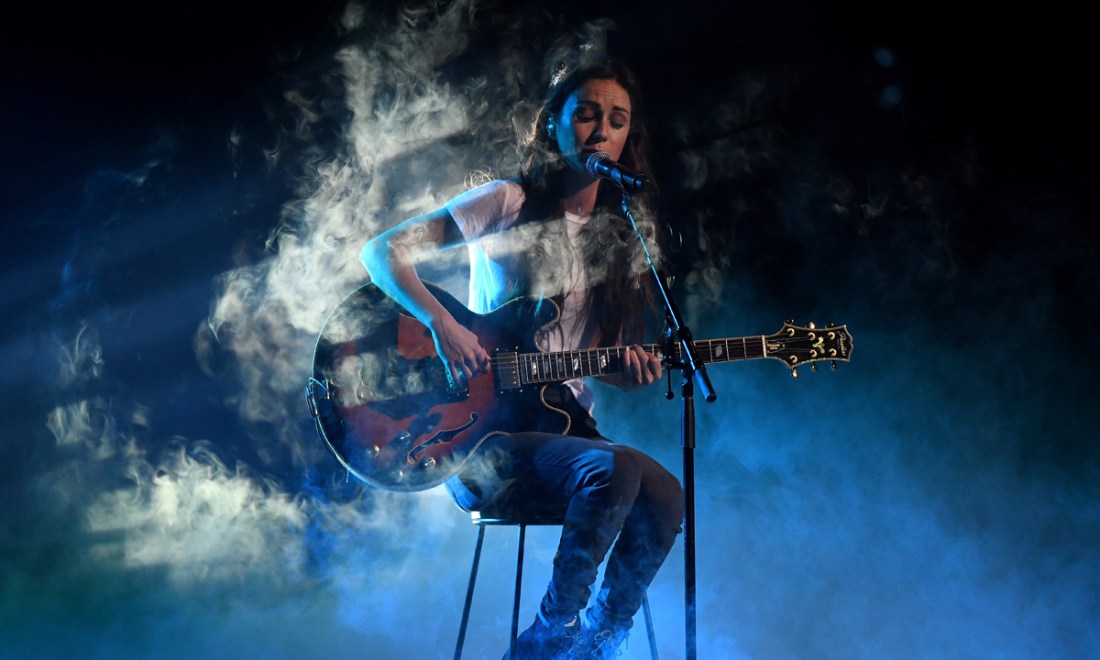 Gold Coast artist Amy Shark also had a big night, despite only releasing her EP Night Thinker this year, picking up the awards for Best Breakthrough Artist and Best Pop Release, and performing her hit “Adore”.

Harry Styles won Best International Artist and performed his hit song “Kiwi”, but only after a technical hitch forced him to restart.

Lorde also performed a medley of her songs “Liability” and “Green Light”, while Jessica Mauboy teamed up with surprise Song of the Year winners Peking Duk.

Apple Music Album Of The Year: Gang Of Youths – Go Farther In Lightness

Best Blues & Roots Album: All Our Exes Live In Texas – When We Fall