I am Brian Wilson is worth it. Buy it if you are a Beach Boys fan or interested in mental illness, creativity, music and American pop culture. It’s a fascinating story –and unlike many celebrity ghost-written autobiographies – a rare treat to read, too.

The Beach Boys are one of popular music’s longest-standing icons. Emerging around 1961 in Southern California, the band consisted of the three Wilson brothers: Brian (chief writer and producer), Carl and Dennis, their cousin Mike Love, a couple of long-term buddies Al Jardine and Bruce Johnston, plus a moving crew of professional musicians, including Glen Campbell.

They have as many top charting songs as any act in US music history, including 1964’s Surfin’ USA, which set the scene for a type of Californian-based surf music. It stretches from their high-period complexity of Good Vibrations and Heroes and Villains in 1967 through to their later-period sugar pop such as Kokomo in the late ’70s.

They’re still touring today, having been in Australia earlier this year. 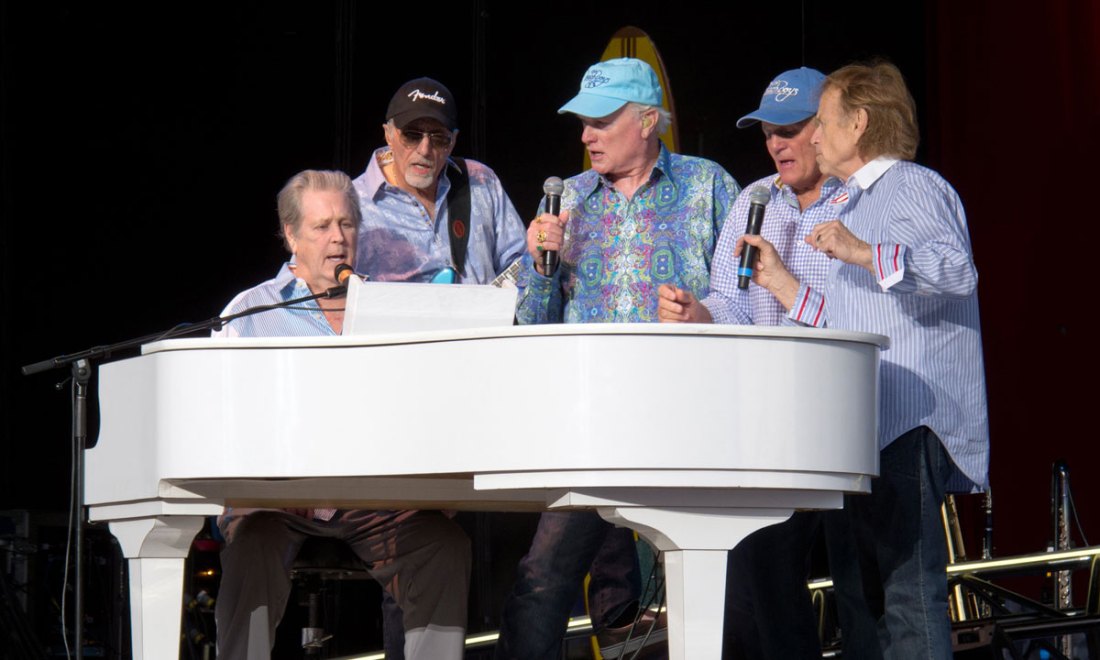 I am Brian Wilson’s writer Ben Greenman has done a fine job in communicating Brian Wilson’s own words. The language has a simplicity and naivety that allows the subject’s personality to shine through.

It feels as if Wilson is sitting at his favourite diner, or in a chair at home, recounting stories to his friends as he tries to explain what’s going on inside his head – as complex and disorienting as that can be. He talks of being unable to leave the house, his favourite chairs, favourite meals, good days and bad days, and of needing constant support to keep the bad days at bay.

The book is structured in a similarly haphazard manner. Stories come and go and then resurface. They bounce off each other like billiard balls. It’s not a chronological telling of Wilson’s story but is thematically arranged with chapters including: Time, America, Echoes and Voices, Fear and Fathers and Sons. There are pivotal years that he returns to while other periods seem to go by in a blur.

But two things have dominated Wilson’s life: music and mental illness. This book covers both without glossing over the unpleasant or the unflattering and reveals how music and his mental state have influenced each other.

Wilson addresses many of the myths and legends that have evolved around his rise to become one of the most famous musicians of the late 20th century. He recalls the sandbox in his living room, the doctor who dominated his life for two long periods of time, the chaos around recording SMiLE, competition with The Beatles, Phil Spector, weight gain and why he quit touring.

Wilson is at pains to understand, and perhaps forgive, his father. He has come to a kind of peace with Murry Wilson’s tyrannical behaviour.

He tells how he saw things. He says the alleged competition with The Beatles was really about mutual inspiration. He did not throw SMiLE away after hearing Sergeant Pepper’s – there were far too many other things going on in his head for such a simplistic explanation.

SMiLE was the aborted follow-up to Pet Sounds (widely acknowledged as the Beach Boys’ peak achievement), coming in the aftermath of the hugely ambitious Good Vibrations. It fell to pieces amid rumours of mental health issues, drugs and enormous piles of tapes of half-completed songs. It’s demise haunted Wilson for the rest of his career until he finally returned to it in 2004 under his own name.

Wilson’s age (he’s now 74) and his survival of a tumultuous life has allowed him to quietly reflect on past events. He is anxious to be fair to those with whom he has had issues – his father Murry, his brothers, Mike Love – and he recognises that they too have had their own demons.

Murry Wilson looms large. He was a dominating father and early-career band manager with his own unrealised ambitions. He drove his children to success and that led to myriad issues within the family. There are some obvious, albeit tamer, parallels with the Jackson family saga.

Brian Wilson is at pains to understand, and perhaps forgive, his father. He has come to a kind of peace with Murry Wilson’s tyrannical behaviour and to understand how devastated he must have felt when the Beach Boys fired him as their manager in the mid ’60s. His voice, however, never left Brian’s mind.

His father was just one of many voices who continue to hound Wilson. The voices that tell him he’ll never be any good, who scream at him before a show, who question his talent and abilities or tell him to stay in bed all day.

The voice of producer Phil Spector is one of these. Wilson was inspired by, and even copied, many of Spector’s recording techniques in the studio, aiming for the big “Wall of Sound” that was evident on Be My Baby by the Ronettes – one of his big early hits as producer. That song and style influences Wilson to this day.

One of the pleasures of reading a musician’s biography is revisiting the music while you’re reading about its creation. I’ve always had a soft spot for The Beach Boys, despite the throwaway lyrics;  Surfing USA, Little Deuce Coupe, I Get Aroundand so on. Good Vibrations however is a high point in mid -’60s popular music and culture and ranks as one of the top pop songs of any era.

Wilson talks about the making of these classics and you realise his musical genius. He heard music and sounds fully formed in his head and used the recording studio to extract them faithfully. He went on a hunt to find the exact foot pump organ that will sound right in the end piece of a song, and hired a Theremin session muso to play the wail on Good Vibrations. He talks of often having 20/40/50 takes on some songs to get the vocals right.

If The Beach Boys are unique, it’s for their phenomenal use of multi-tracked harmony vocals. That was pretty much all of Brian Wilson’s work, even if the main lead vocals were shared across the group. His use of double tracking gave the songs their signature smoothness and minimised the differences between their voices.

There is a lot of focus on the band’s lyrics, too. Van Dyke Parks’ efforts aside, many of their songs have been about teen obsessions: cars, surfing, girls. These topics aren’t what one equates with depth or insight, but it’s plain that Wilson cared greatly and agonised at times over the lyrics.

There are insights into the commercial machine that the Beach Boys was, and continues to be (these days it’s mainly Mike Love and Al Jardine from the original line-up with Wilson occasionally participating).

I think that more than any other major act of the modern era, except perhaps KISS, The Beach Boys had a financial savvy and saw their music as a commodity as much as an art. It may be why they’re still performing today, when deaths and departures would’ve killed lesser bands.

I am Brian Wilson is a sprawling memoir but succeeds in painting a detailed picture of what it’s like to be the genius, tortured man, singer, producer, family member and visionary. It’s a worthy addition to the growing corpus of literature on The Beach Boys. 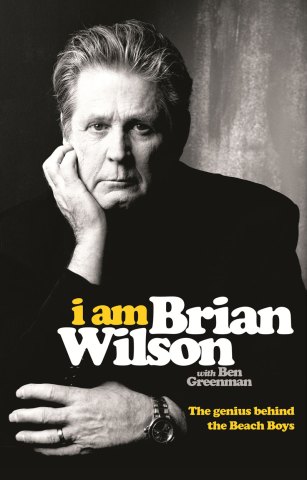 I am Brian Wilson is published by Hachette Australia, $45