Considering the basis for Andrew Lloyd Webber’s Cats is a book of children’s poems by TS Eliot, that might be a very big call, but come on – this is Cats!

This simple story of the naming of cats is so well known not because of Eliot’s charming poems, but because of what Webber first achieved in London’s West End in 1981 – and what the show continues to achieve all over the world to this day. Truly, Eliot’s claim to fame is The Wasteland, which could never have a song so catchy as “Mr Mistoffelees”. But kudos to the poet for making art that inspires other artists to do great things.

Cats is one of the great theatrical productions of all time, and the Festival Centre rolled out the red carpet, literally, to celebrate its return after a 12-year hiatus.

What’s so overwhelmingly perfect about this production, without gushing too much, is that each aspect of the show is equally impressive: the costumes rival the make-up, which rivals the sculptured setting of an alley-cat underworld of a scrapheap of junk, which rivals the lighting of the clouds skimming past the moon, which rivals the feline dancing and the catchy or raunchy or moody songs.

During intermission, I overheard a strapping 20-something man ask his friend, “Hey dude, what’s your favourite cat?” And that’s the thing I really love about this musical: each cat’s song or dance, the lighting on their bodies, the way they interact with the junk heap, their make-up, their costume – everything I just proclaimed “perfect” – is not only the sum of the production’s whole, but is what gives each cat its very own character. 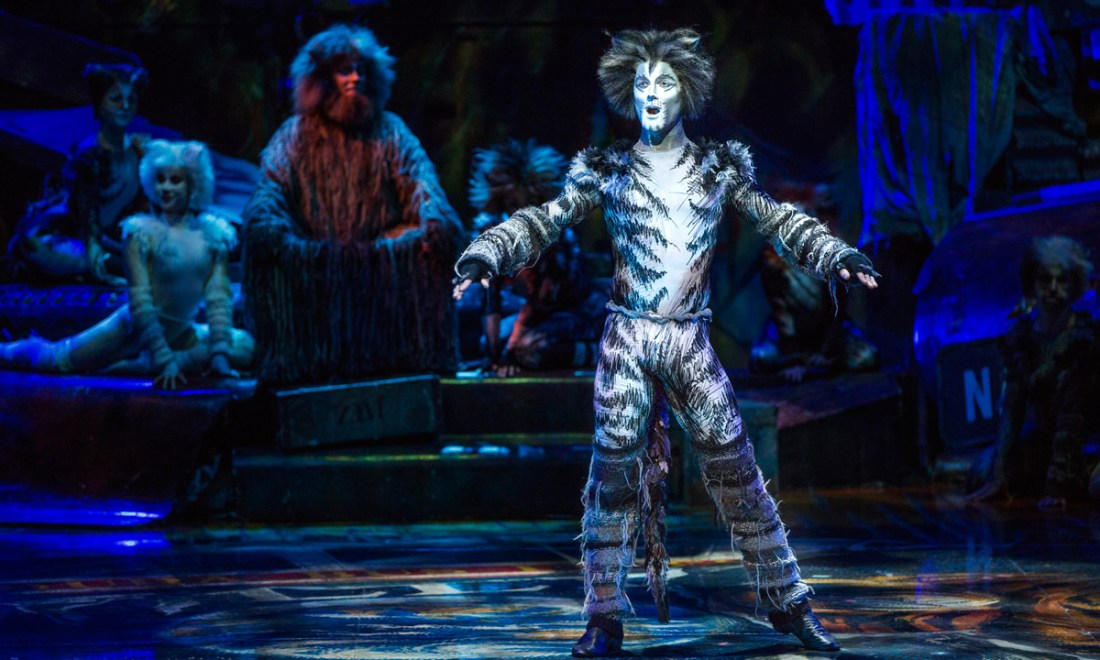 The man’s friend, incidentally, said, “I don’t know”, and it’s this not-being-able-to-choose that means these people got it right: musical director Paul White, lighting supervisor Greg Yates, set designer John Napier, choreographer Gillian Lynne, director Trevor Nunn, and performer Delia Hannah (because you can’t sing “Memory” the way she did, as Grizabella, and not get a mention).

Cats the Musical is playing at the Festival Theatre until April 10.