The concert – presented by the Adelaide Music Collective and SA Music Hall of Fame – marked the launch of the Yesterday’s Heroes – Mixmasters Sessions CD and documentary, for which 10 classic Adelaide songs have been re-interpreted by the new wave of emerging local stars.

The young singer-songwriters each re-recorded songs originally performed by musical pioneers such as The Angels, The Twilights, Masters Apprentices, Redgum, Rose Tattoo and Bev Harrell, with some also enjoying back-up vocal and playing support from the original writers.

All 10 performed superbly at the launch in the beautiful Morlock Chamber.

Max Savage thrilled the audience with his wild funk interpretation of the pop song “9:50” (by Terry Britten of The Twilights); Laura Hill charmed with her version of the legendary “The Pushbike Song” (Evan and Idris Jones) and Banjo Jackson performed “Wars or Hands of Time” (Mick Bower, Masters Apprentices). 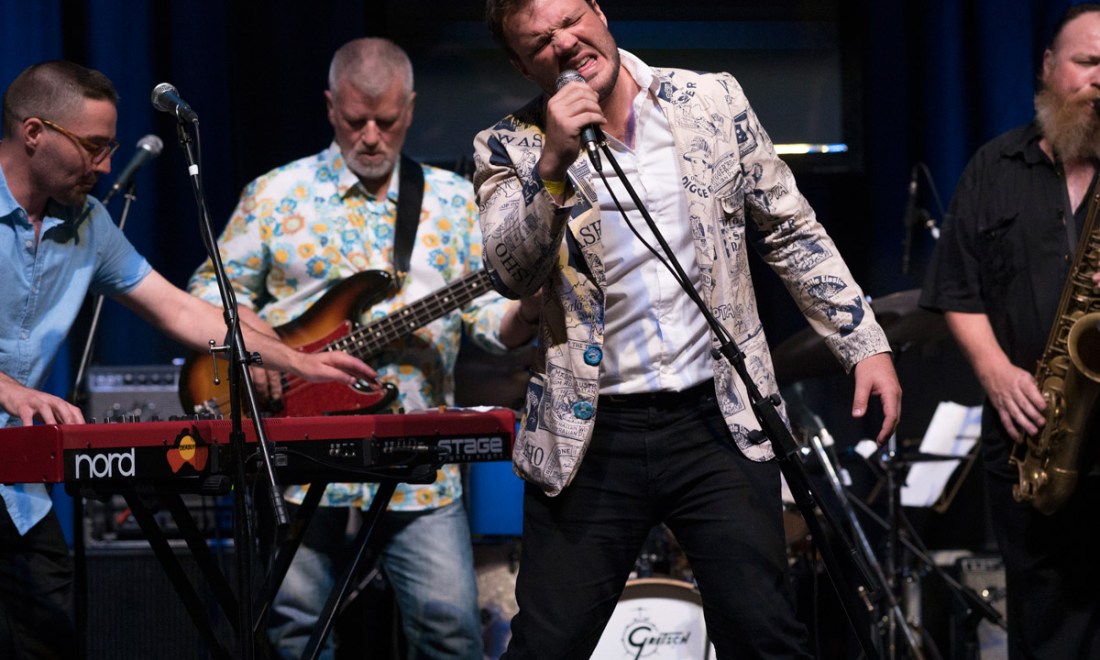 Then there was Nancy Bates’ beautiful rendition of Doug Ashdown’s big US hit “Winter in America”, with assistance from the great Chris Finnen on guitar. Loren Kate held the audience in thrall with the perhaps lesser-known Bev Harrell single “The Looking Glass”.

One of the most poignant moments of the night came when Kelly Menhennett performed Adelaide boy Beeb Birtles’ (LRB) song “The Last Romance”, originally recorded by Mark Holden. Menhennett had expressed concern that Holden, present at the recording session, hadn’t fully appreciated her rendition, but she received an extended standing ovation from the launch audience. Mixmasters maestro Mick Wordley, who recorded the CD, was heard to say “Holy shit!” in admiration in the control room on completion of her final take. 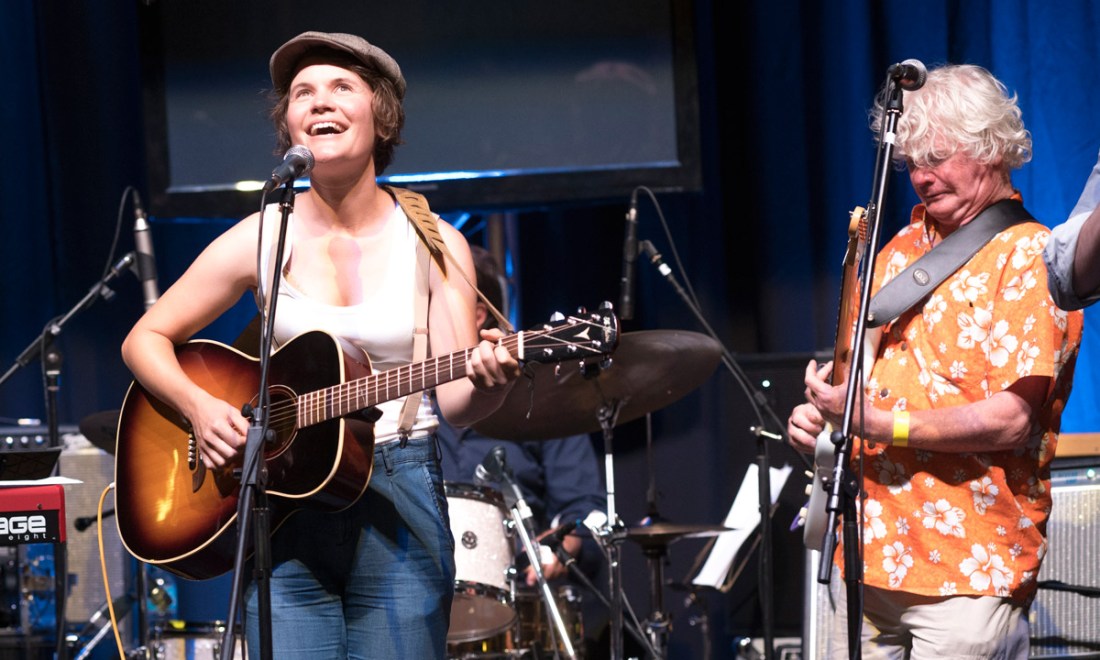 The second poignant moment came backstage in the green room, as Sam Brittain and John Brewster sat quietly in a corner, running through the latter’s (Angels) song “Shadow Boxer”, performed by Brittain on the CD. The enjoyment, respect and mutual admiration of these two as they played together was obvious. Brewster is a great supporter of young musicians and Brittain is one definitely on the rise.

That simple moment encapsulated this unique cross-generational concept, summing up the feeling of the whole CD, doco and live event – a very successful format developed by Enrico Morena and the Adelaide Music Collective team.

Special mention goes to the AMC All Stars backing band and the live sound crew, who provided skilled support to all performers.

The event also saw John Pemberton induct one of the great SA music promoters, Ron Tremaine, into the SA Music Hall of Fame. Tremaine was famous for promoting many live music events, musicians, singers and venues in SA, and is highly regarded by all the artists who came in contact with him.

It was Tremaine who was responsible, at age 24 and with the backing of retailer John Martin’s, for bringing the Beatles to Adelaide. Legend has it that he also gained notoriety for feeding dog food to Marlene Dietrich, who arrived at a post-show barbecue at Tremaine’s house when the chops were just about to run out. This was certainly one of the more entertaining inductions of the last two years.

The  CD is available from retailers Mr V at Semaphore, Big Star on Magill Road and Streetlight Adelaide music store (behind the Exeter Hotel). Copies can also be obtained from Enrico Morena via the AMC facebook page. The documentary supporting the CD (see trailer below) was produced by final-year media production students under the guidance of Wilson Main.