Moyse, who was the original lead guitarist for Air Supply and responsible for the lovely guitar playing on all their big hits, left high school relatively early and set out on an apprenticeship as a sheet-metal worker. But his boss suggested it would be a good idea to either put more effort into sheet-metal working or concentrate on his music.

No doubt it was a tough decision, but he made the correct call. Moyse’s music career has seen him playing the big stages around the world and featuring on many top-10 hits worldwide.

Chambers, on the other hand, was raised in the south-east and worked as a professional fisherman with his father, before packing up the station wagon with his wife and kids (then aged three weeks and three years), heading to Port Augusta and turning left.

Their plan to spend five or six weeks hunting foxes west of Ceduna turned into a 10-year stint. This unlikely preparation for a career in country music fed the family and turned up plenty of ideas for songs fashioned around the family campfire.

Moyse and Chambers are both extremely dextrous guitarists of very different styles and have had long and successful careers worthy of their induction into the SA Music Hall of Fame at Friday night’s Adelaide Music Collective (AMC) Sessions at the Goodwood Institute. 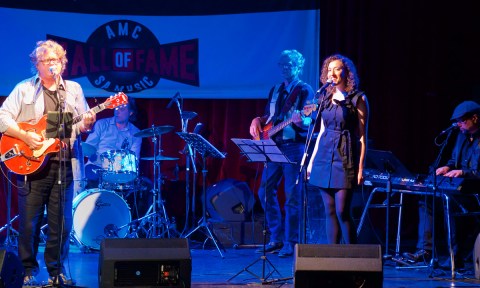 The third inductee introduced at the AMC Sessions by John Pemberton, whose research and sharp wit are now integral to the success of these events, was local luthier Brian DeGruchy.

After a self-confessed shaky start to guitar building, learning the craft from a couple of instruction books, DeGruchy has forged an international reputation as a luthier of the highest order. Attention to detail, a nose for quality timbers and beautiful finishing are the hallmarks of his work.

During the presentations, Chambers revealed he owns four DeGruchy guitars. His old mate and fellow Hall of Fame inductee Trev Warner played one of DeGruchy’s lap steel guitars while backing Chambers during his performance to close out the evening.

There was a fourth unannounced inductee, a clearly shocked Gary Burrows, recognised for his years of dedicated service to APRA/AMCOS, the organisation responsible for collecting and distributing songwriting and performance royalties to artists.

Burrows is one of the industry’s most highly regarded and loved individuals and a talented singer/songwriter/drummer in his own right, having already been inducted into the Country Music Hall of Fame. 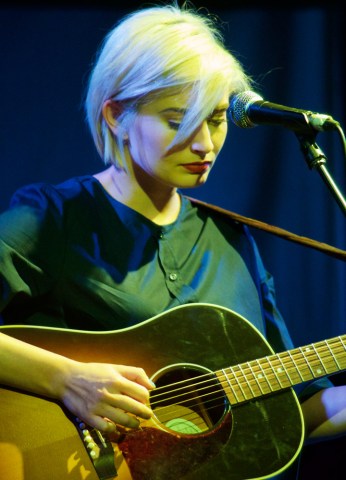 In keeping with the usual AMC format, the evening was opened by two up-and-coming younger acts who have already forged national and international profiles for their music.

Maggie Rutjens’ angelic emotive voice and songs had the audience hanging on every lyric, and she closed her set with a lovely re-working of old-time classic “You are My Sunshine”, complete with audience sing-along.

Bearded Gypsy Band, who have recently returned from playing Edinburgh and touring in Canada, played rollicking swing jazz/celtic/dance hall songs punctuated with blisteringly fast guitar playing and a violinist who nonchalantly dealt with a broken string in the second song. The band have a lively stage presence and a rock-solid rhythm section.

Moyse and Chambers both played the professional sets fans would expect, with assistance from all-star Adelaide musicians. Moyse drew from the Air Supply catalogue and played the tasty guitar which is the hallmark of his work, while Chambers dug deep into his life experiences in a set of fine tunes.

The highlight, for me, was Chambers playing slide guitar with an empty stubby, trading licks with Trev Warner on fiddle. It was as masterful as it was exhilarating and a fine end to the evening and the last AMC Showcase for the year.