Jeff Lang has inspired notable guitarists, though it should also be noted that he is a multi-instrumentalist and not only an exponent of slide. His playing stands out both for his roots style – an amalgam of blues, folk and rock, plus an occasional African touch – and because he is simply startlingly good at it. His new album, I Live in My Head a Lot These Days, is impressive, too.

Music and its practitioners don’t exist in a vacuum. It is virtually impossible to listen to an album by a renowned guitarist, however recognisable their style, without thinking both of their prior work and the playing of others. Nonetheless, it was a surprise to hear how frequently tracks on I Live in My Head could be so readily linked to possible influences. 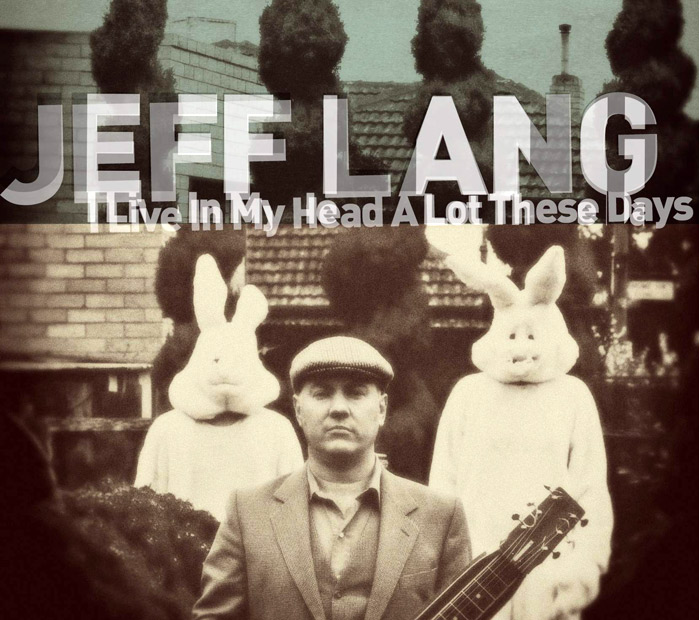 The singing on “People Will Break Your Heart” is reminiscent of a slightly sooky John Lennon but sits on the safe side of excess sentiment, and features tasteful slide guitar. “This City’s Not Your Hometown Anymore” is slow, reflective … and sung like Daniel Lanois! The mood suits that approach perfectly, anyway.

Elsewhere, he conjures Adrian Belew’s industrial guitar squawk in the driving “Waiting for the Headlights Through the Blinds”, which also includes some lovely female vocal support and catchy lyrics – “I scratch my address on your car/and sit and wait”.

There is an elusive “I know that” quality about the lusciously abrasive guitar in “Petra Goes to the Movies” that tells of a life lived vicariously through cinema. “Pull of the Drift” evokes his own Djan Djan album (2010), hypnotically combining rhythm and drone with a nod to African music. You hear a C&W tilt to “The Promise of New Year’s Eve” and some Ry Cooder, perhaps from his Get Rhythm era, in some of the grungier moments of this album.

So, a real variety of pleasing musical approaches is evident – whether or not you play “spot the connection”. The stories in the lyrics are a little sombre and the playing often downbeat, but there is always something to prick up your ears. His best? No, but definitely worth a listen.

Jeff Lang’s I Live in My Head a Lot These Days is released through ABC Records.