The prop at the heart of this drama is a consultancy report by PwC. Paid for by Adelaide Fringe and launched in August last year, it has been promoted heavily by Adelaide Fringe CEO and director Heather Croall and has now been picked up by SA Labor as though it were “the science” to which all sides should defer.

PwC’s report is, in part, a standard economic impact document that arts organisations often feel obliged to pay to produce. With varying degrees of naivety or cynicism, they feel that without “the numbers” they’re just so much hot air.

But few believe these “multiplier” figures, least of all Treasury. As John Daley, ex-head of the Grattan Institute, wrote, these are often stories about the economic value of the arts made by “people who don’t believe them to people who don’t believe them”. Interestingly, PwC’s report for Adelaide Fringe has a disclaimer: “If anyone other than Adelaide Fringe chooses to use or rely on it they do so at their own risk.” Caveat emptor!

One danger is when this ritual offering to the economic gods is taken seriously. “You earned this much last year, but less this year. Explain yourself!” What if some other event earned more than you? Should we defund you and give the money to them?

The Fringe’s report did take it further than many of these documents by making an explicit comparison with other state and national festivals. Essentially it’s arguing “we create more bang for economic buck than the others and so are more worthy of investment”. It caused consternation at the time, the Fringe seemingly engaged in direct competition with the other festivals, when these others have very different models – some are curated, for example. The report does not name other festivals, but many assume to know who they are and, like columnist David Penberthy, immediately drew the conclusion: Why fund the economic laggards? (The Advertiser, August 6, 2021).

The PwC report makes bold claims as to what would happen with or without various levels of state investment. Like most such reports, the method is a combination of hard data and elusive guesswork. We get the hard ticketing data, and some less-hard local spending data. But there are also “user surpluses”: you spend, but you also get enjoyment above the ticket price. “Independent modelling” (no doubt full of extremely complex maths) means we can add a $7.1 million “surplus benefit” onto the total value of ticket sales. We also have non-use benefit (“independent modelling” again), quantifying future use by the community: $9.5 million. And so ticket sales are doubled, just like that!

These are the kinds of arcane calculations that happen when everything – enjoyment, anticipation, social bonding, well-being ­– is reduced to a dollar figure. With numbers there’s no need for any nuanced judgement: numbers are winners. So, too, with the range of highly debatable scenarios for different levels of government funding, speculation dressed up with tables that nobody ever reads. In my view, this is not science but PR. Worse, it’s PR dressed as science. 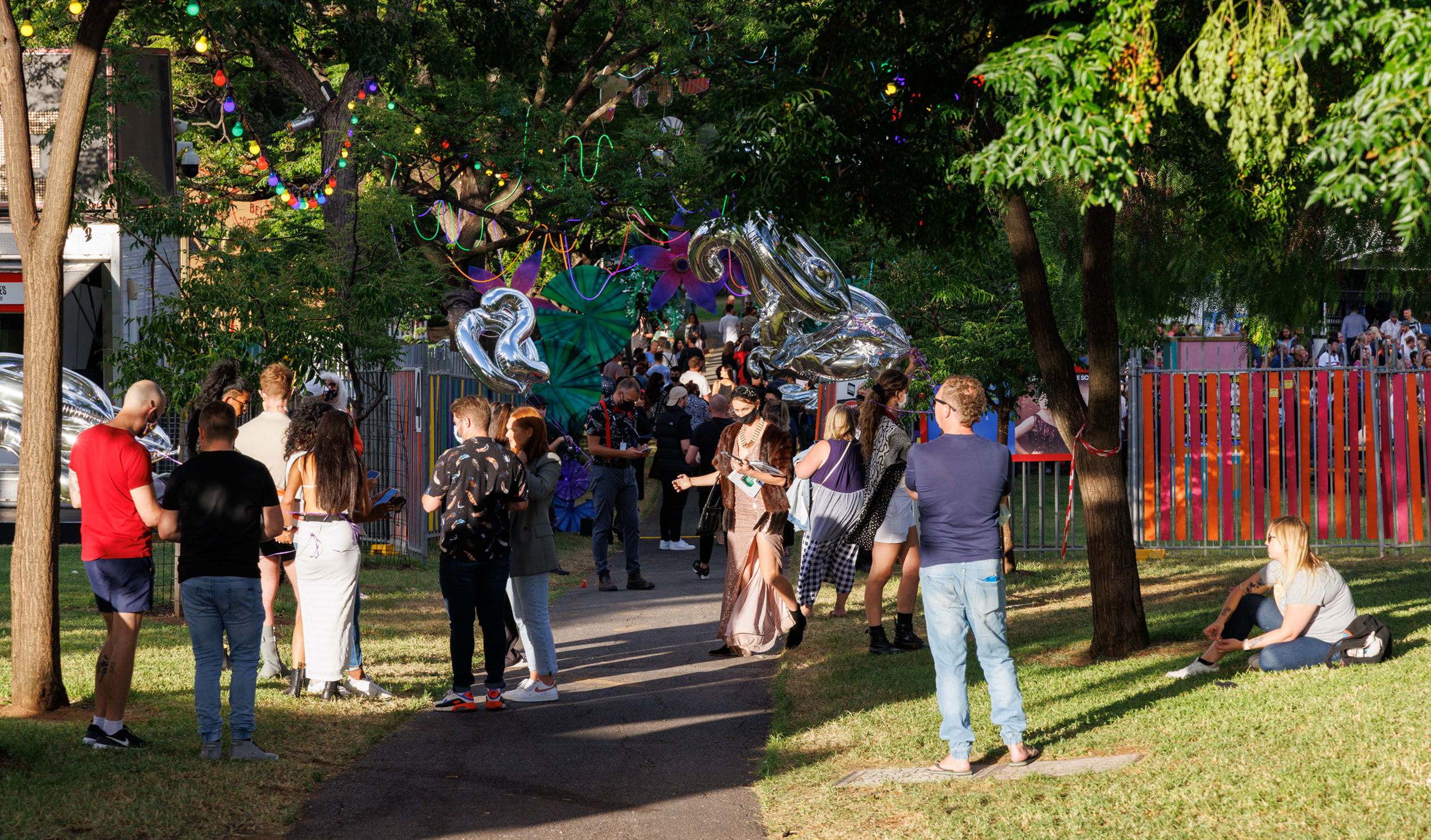 Data and metrics are useful, but they do not provide a basis for judgements of value. Do we want what the festivals contribute to South Australia? The basic accounting questions are part of the answer but ultimately they are there to inform the bigger judgment around cultural value – and the conditions of cultural production, not just consumption – not substitute for it. Unfortunately, this is the mast to which the Fringe has tied itself.

Reference is made to the “investment” made by artists. Many come to the Fringe and struggle to break even after everyone else (venue, marketing, presenters and so on) are paid first. If the main beneficiaries of the Fringe seem to be accommodation, hospitality and other tourism businesses, it appears artists are producing value in which they often do not share. This will come as no surprise to artists.

While the impact of the pandemic on artists and their role as an economic input is noted in the PwC report, there’s no attempt here to understand the long-term dynamics of this. This is the problem with these reports. There are lots of economic impact figures but no detailed understanding of how the festival works, how it is embedded in the ecosystem on which it depends. They produce headlines to be waved around in funding meetings, or, in this case, at highly volatile political press conferences.

Croall suggested in an ABC interview that the price of the report was “tens of thousands”. This comes as no surprise if you have been looking at the many billions in public money spent on consultancy in this country. This level of outsourcing hollows out the capacity of public administration to develop and deliver policy. Waving a neat investment formula from a paid-for consultancy undermines the development of public-interest cultural policy – and how and why we should support the Fringe in the context of the wider cultural ecosystem of city and state. The econometrics corrode real thinking and real knowledge.

While accountancy firms get paid to crunch the killer figures, actual knowledge of the sector is almost non-existent. Arts SA does not have the resources to wade through the labour force statistics. The Federal Government cut the Culture and Leisure statistics section of ABS. Any detailed knowledge is reliant on the kindness of privately funded think tanks rather than the public sector. In this environment, it is curious and disappointing to witness SA Labor clutching at a divisive and, I would argue, misguided PwC report paid for by the Fringe, no doubt to wedge the Libs, as its first arts policy announcement.

Federal Shadow Minister for the Arts Tony Burke, speaking at the conference Reset: A New Public Agenda for the Arts, and commenting on the process of making national cultural policy in consultation with the sector, noted: “Rebuilding the public sector is, in fact, possible to do and remarkably it’s cheap to do. [This is because] the government pays seven times the amount to the accounting firms to get the same advice they used to be able to get in-house. Economically it hasn’t made sense.”

There is no doubt that Adelaide Fringe, like the entire arts and cultural sector, has had a very difficult few years. Some of these challenges could be said to be specific to the Fringe model, while some are shared with many parts of the sector – among these being prioritising growth and consumption, over sustainability and the conditions of production. What the arts and cultural sector desperately needs is a long-term cultural policy rebuild, driven by critical thinking, public value and sectoral solidarity.

We need to recognise that, like education and health, art and culture are part of the public fabric, and its research and evaluation should be so, too. We should start investing in substantive research conducted and made available by the public sector (including universities). Only in that way can we have a long-term informed discussion about the future – and not just of the Fringe or the festivals.

South Australia could present itself as a place of cultural production, a place where artists and cultural organisations can work year-round. Alternatively, we could keep funnelling money to accountancy firms like PwC while the cultural Hunger Games only get worse.

Justin O’Connor is Professor of Cultural Economy at the University of South Australia.