I don’t know where you’ve spent your autumn and winter, but from what I can make out by reading the fine print in the official Penfolds 2022 Collection book of technical and tasting info, chief winemaker Peter Gago and his team have been hanging around in quite a few cafes, bakeries and patisseries.

How do I know this?

Well, in just about every tasting note in the list of 21 new Penfolds wines to be released for sale on August 4, there is an extraordinary array of descriptors that come from the brunch, sweets and pudding sections of the gastronomic table.

[To read the full and fabulous collection of tasting notes from the Penfolds winemaking team, click on this link then search for an individual wine and download the associated PDF.]

For the record, there are still are plenty of traditional black ripe fruits, oak and tannin references, as well as the many secondary savoury characters that we’ve become used to in describing a fine wine like those, all of those, in the Penfolds 2022 Collection, but it is the list of bakery items that sets a new benchmark for anyone trying to get their head around the language of wine.

Across the board, this new collection delivers a pretty classic set of Penfolds releases. The range includes the brand mantra of single-vineyard, single-region and multi-regional blends when it comes to South Australian reds, and also brings into play a couple of multi-state Chardonnays in the form of two combinations of Adelaide Hills and Tasmanian fruit.

The big new deal this year is the burgeoning extension of the Penfolds global empire, evidenced by the addition of a couple of French reds, one of them overcoming all international border hurdles to merge into a Bordeaux-Barossa alliance. Named the Penfolds II, it’s a Cabernet/Shiraz/Merlot blend with the Cabernet and Merlot made in France then transported to Penfolds’ Nuriootpa facility to be combined with 29 per cent Barossa Shiraz. I kid you not.

And that’s not all of it.

Also in this year’s set of releases are three Californian wines, two of which have close romantic ties to South Australia. One is a combination of Cabernet Sauvignon from the Napa Valley on the US West Coast completed with somewhere in the range of 11 per cent to 14.9 per cent of South Australian Cabernet. (I’ve received two different percentage readings.)

The other is a “Claret-like” red blend from three different US West Coast regions. The SA involvement here, apart from our Penfolds winemakers overseeing the vintage and winemaking there, is that in 1998 vine cuttings from the Kalimna vineyard in the Barossa and Magill Estate vineyard in the Adelaide foothills were sent across the Pacific Ocean and planted in Californian soil. A wine now labelled as Penfolds Bin 600 Cabernet Shiraz features fruit from what became of those cuttings. I’m guessing it will be poured in future ANZUS meetings as a mark of our close national binds.

If that’s not enough, later this year we can expect to see Penfolds-branded wines from Chinese-grown grapes made in China specifically for the Chinese market.

All these international deals have built-in layers of Penfolds and Treasury Wine Estates corporate intent, from establishing the SA heritage winery as a genuine global luxury brand to enabling sales in China to breach the Chinese tariff barriers that have hit the company’s Australian-made wines hard in the past two years.

Good on Penfolds. If wine has become a solution to negotiating the schemozzle that is international politics and diplomacy, mixing South Australia with France, the US and China in one boardroom masterplan, then why not.

But back to the simpler things in life – those pastries. Everyone loves a pastry.

Here’s a quick baker’s dozen of sweet descriptors and their associated new-release Penfolds wines, written by their own winemakers.

Of course, as explained earlier, they are only part of much more expansive tasting notes, but they really do open a fantastic window into the lunchroom practices of our most famous SA wine business.

What also is great about this somewhat tiny selection of descriptors is the truth that an individual’s sensory reaction to a wine is such a subjective scenario.

Peter Gago and his Penfolds team spend way more time with these wines than anyone else, enabling them to pick apart the most intricate of characters and expressions – be they suggestions of fruit, charcuterie or pastry. Their palates are extremely well calibrated to tease out such details, even more so than any of the critics and judges offering their annual reviews. 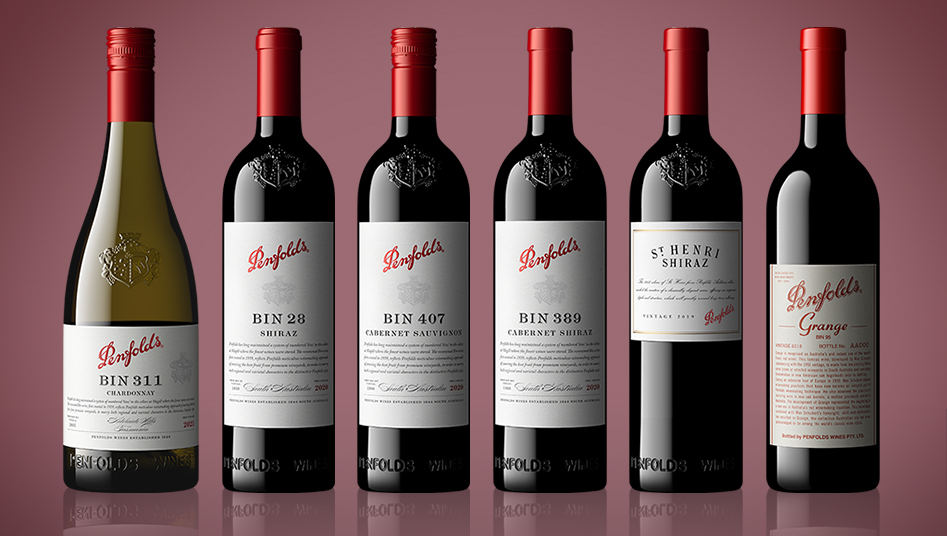 The most accessible of Penfolds’ three Chardonnay iterations, in price and style, this has terrific complexity and impetus, leaning towards a richer version of the variety, yet still with yellow and green citrus-fruit notes to the nose, followed by a subtle flintiness and creaminess. Flavours are classic white nectarine with a delicate tang of yellow grapefruit flesh and acidity. Penfolds insiders refer to this wine as “Baby Yattarna” which suggests true wine quality as well as great value.

Originally known as Kalimna Shiraz after the Barossa vineyard it was sourced from, here it comes from four SA regions without the Kalimna name attached. Classic Penfolds Shiraz character with rich, dark, ripe fruit inside a coat of American oak that adds chocolate, cola and spice notes to the palate, while fruit acidity remains energetic and familiar tannins stay friendly and welcoming. Always good value.

With five regions in play here, there is varietal expression first and foremost: a mix of warmer to cooler districts showing immediate Cabernet aromas and flavours of cassis, dark berries and fruits of the forest that see a little shine of mint derived most likely out of the Limestone Coast zone. French and American oak maturation has provided another layer along the lines of cedar and dark chocolate. Lots to love here from vibrant Cabernet fruit to succulent, supportive tannins, the palate even and beautifully balanced.

Referred to as “Baby Grange” because it is matured in the same barrels that held the previous vintage’s Grange, this is, however, something else altogether, a 51% Cabernet Sauvignon / 49% Shiraz blend, and perhaps the essence of what Penfolds genuinely stands for in its expression of South Australian red wine. Cabernet leads the top notes aromatically, while more robust Shiraz sits underneath, fruit characters suggesting dark cherry and blackforest cake, then later roasted root vegetables. Well-kneaded, solid and set to mature magnificently – a big wine now with plenty to look forward to in the decades to come.

This can only ever be a varietal expression, as it’s sourced from six SA districts. Without new oak maturation with only 12 months in large format seasoned vats, it’s always stood apart from the usual Penfolds practices here as a sophisticated style with its true magic set to be revealed over the next 20 to 30 years. Many of its forebears have shown this is the case. At present, black, ripe fruits already have flint, mushroom, licorice and roast-meat complexities unfolding into a serious SA Shiraz that entices and delivers great joys.

A vintage that has been eagerly awaited, and it has all the elements that we’ve come to expect in this iconic Shiraz. It sits in the greater Grange library as a softer, more elegant variation, but still you have to sit back and marvel that so much can be going on inside one wine. Its traditional American oak coat contributes to the whole, rather than weighs it down, the generosity of South Australia’s 2018 vintage across the state perhaps helping to gather in 18 months of barrel maturation, shaping its broad-shouldered dark fruits, turning oak notes to chocolate and sarsaparilla characters as well as more savoury elements of beef and mushroom braise. Big, bold and beautiful is the mantra here, as is the balance of all the inputs, its structural tannins and acidity fitting cleverly into one exceptionally complex and engaging being. The finish is indefinite, suggesting cellaring potential well into the second half of the 21st century. A magnificent Grange that will garner stratospheric scores and plenty of well-deserved praise.