It’s no surprise the Grenache wines entered into the recent McLaren Vale Wine Show are sensational.

The region, along with the Barossa, is way out in front when it comes to creating the finest the variety can offer. In fact, the show also hosts the annual James Halliday Grenache Challenge for all regional comers around Australia, held over a whole day, so judges get to taste the very best.

And, yes, the wines were brilliant. But the rules are strict in that forum: it is for single variety Grenache only.

Elsewhere in the McLaren Vale-only classes, judged this month, another category of wines jumped out as one of the most exciting of the show. These were the Grenache blends, popularly now known as GSMs for their usual inclusion of mostly Shiraz and Mataro (aka Mourvedre) into a final blended wine.

All up there were more than 120 different Grenache wines from McLaren Vale, both single variety versions and blends. That’s more than a snapshot – it’s a deep dive into why the variety is so crazily popular at the moment. Many are gently made to suit the grape’s essential characters, revealing deliciously juicy red fruit feels, spicy and earthy/savoury notes and an easy medium-bodied drinkability.

But there is a challenge ahead for Grenache makers in the Vale and, eventually, consumers. The variety comprises just over six per cent of all the grapes grown in the region, way behind the better-known Shiraz at 56 per cent of the crush. With demand so high, Grenache grape prices are skyrocketing. The best source blocks, and even new plantings with less complex fruit qualities than older vines, have become extremely competitive.

It will be worth watching how all that will play out at the checkout. Much of the region’s Grenache already goes to rosé styles – are you willing to start paying much more for that cheeky little summery pinky? I suspect not. What about the attractive table reds that are turning heads at the moment?

Meanwhile, it’s entirely possible that the Grenache blends will be where the best value lies, given the wines can take in other varieties, not just to give greater drinking complexity but also facilitate stretching the volumes available from the limited Grenache fruit available.

There’s definitely something to be said for the overall quality of the Grenache blends witnessed at the recent McLaren Vale Wine Show. The best of them still highlight the glorious vivacity of their hero variety, while bringing to the party a range of other characters that can be spice-driven or add a little more robust weight to the palate.

You’ll come across a range of opinions on the subject of whether a Grenache blend makes a better wine than a straight varietal but, if the lead grape may be a little down on intensity – for a number of seasonal or site reasons – there’s no doubt a bit of this and that in the mix comes up trumps. 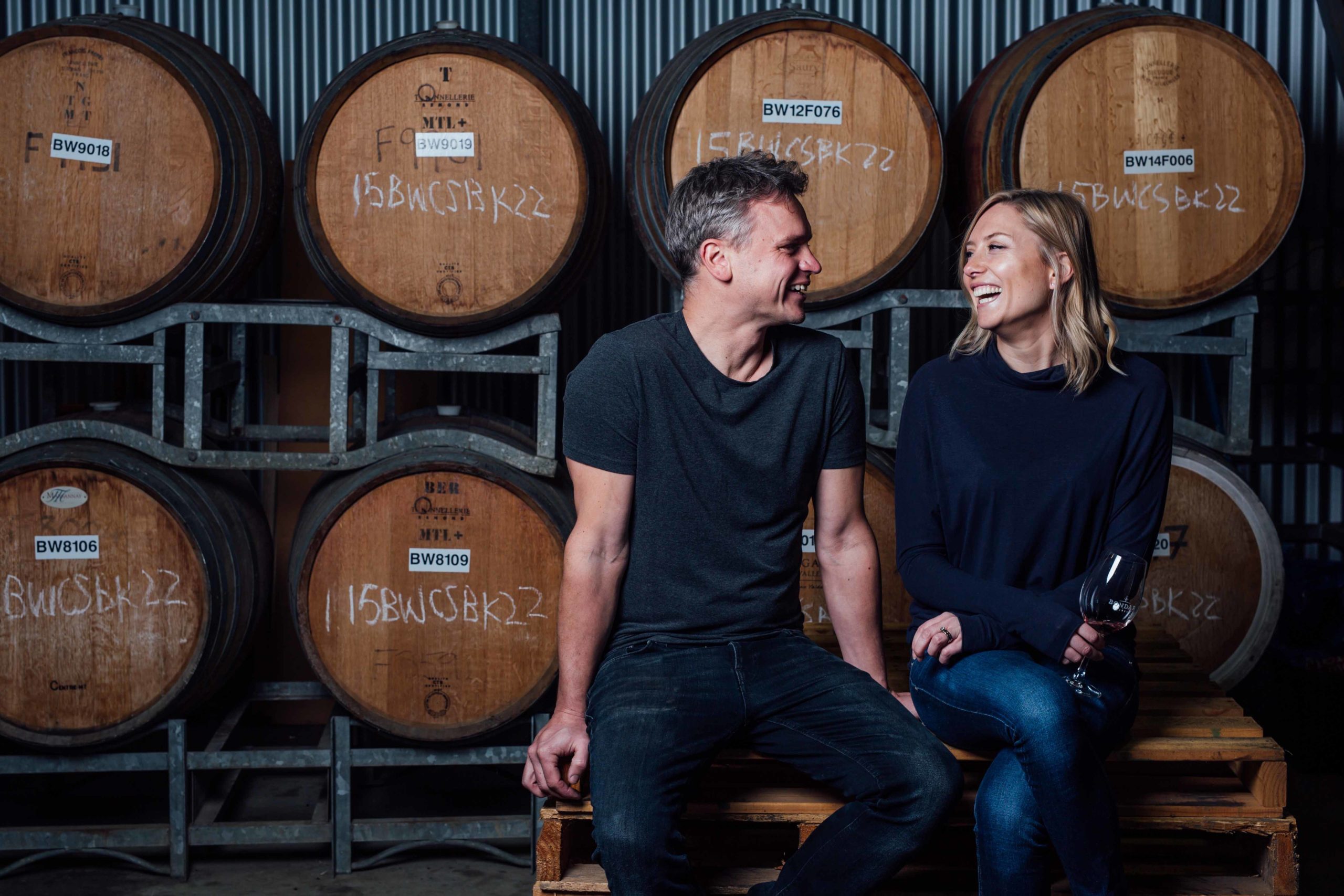 Bondar winemaker Andre Bondar and his wife Selina Kelly, who looks after marketing at the McLaren Vale winery. Supplied image

Andre Bondar, from his eponymous Bondar brand, agrees that because of the inherent transparency of Grenache, it often will need other bits and pieces to fill out and complete a wine to be ultimately more complex and fulfilling.

“If it’s not from a great old vineyard creating big flavours and savouriness, Grenache can be a bit one dimensional,” Bondar says. “We all can see that – we’ve all had lovely juicy fruit-forward styles before, but if you are looking for more complexity, some of the vineyards here don’t necessarily provide that.

“If you include Mataro, then you have all its spice and structure and darkness, while Shiraz can add to that structure as well as more flesh and deeper flavours. But Grenache will always lead, and provide the bright framework that’s so lovely.”

He makes a rosé, a single vineyard/single varietal Grenache, and the Bondar Junto GSM, the 2019 vintage of the latter winning the trophy for Grenache blends at last year’s McLaren Vale Wine Show. We got to see that wine again at one of the judges’ dinners this month and its top notes were still gloriously vibrant while the palate remains juicy, fresh and delicately chalky, the Mataro in the mix providing a great baseline of spice and earthiness.

Interestingly, he has followed the inspiration of the southern Rhone styles of this kind of wine out of France. In the current 2020 vintage, there also are small amounts of other compatible varieties such as Carignan, Cinsault and Counoise.

“I always call it a Grenache wine,” he says. “It is a blend and the other varieties play a role, but only in making it more complete.”

While he has followed the “Rhone” path, Bondar loves that the greater GSM style offers limitless options: lighter to weightier; bolder or not.

“It speaks definitely to the idea that while the core of Grenache is singing beautifully, if you are blending you are improving the base wine.”

The key to success remains in showcasing the purity of the Grenache, while providing a little more interest and complexity via its blending partners. 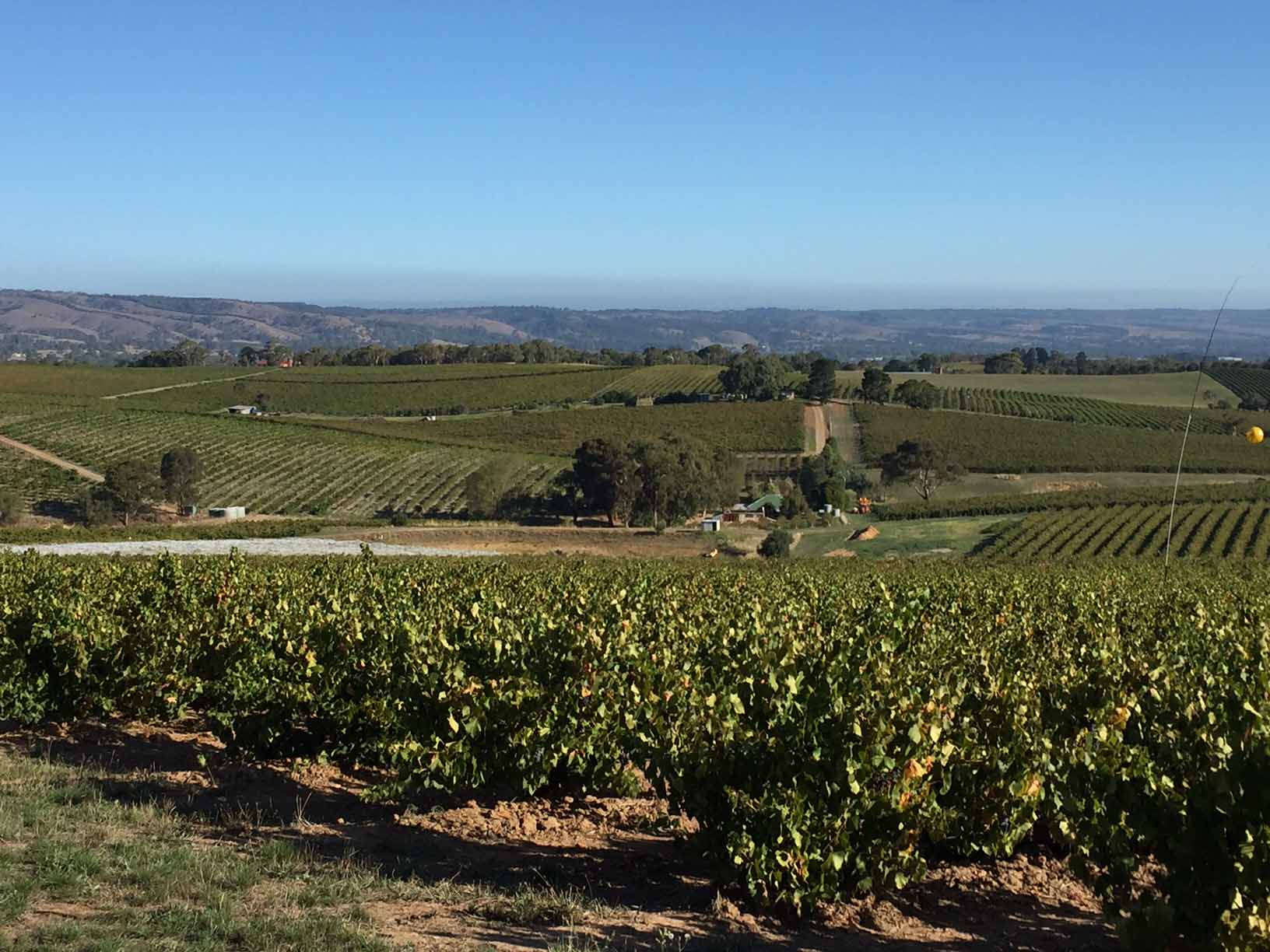 For winemaker Rob Mack, of Aphelion Wines, his Affinity blend is 50 per cent Grenache, with 45 per cent Mataro and just five per cent Shiraz, preferring the finesse, spice and elegance of the Mataro over the more dominating Shiraz.

“This really complements the bright red fruit that Grenache brings,” Mack says. “As blending partners, they are spot on, especially with the way we make out Mataro, which is light-handed and not in a big, extracted gamey style that you can get.

“It’s one of the hardest wines to put together, to be honest, when you a looking for that line of purity, with just a bit more intensity.”

The Affinity has a good track record in shows and the marketplace and has become what Mack describes as one of Aphelion’s “hero” wines.

“It’s a beautiful wine I love producing. We don’t have much in the way of heavier wines, so it is our link to that.

“It shows that Grenache, when blended well, can have a bit more intensity and structure to it.”

Tony Love was Chair of Judges at the 2021 McLaren Vale Wine Show. Results and trophies will be announced tomorrow evening. The following tasting notes do not predict or reflect those results. 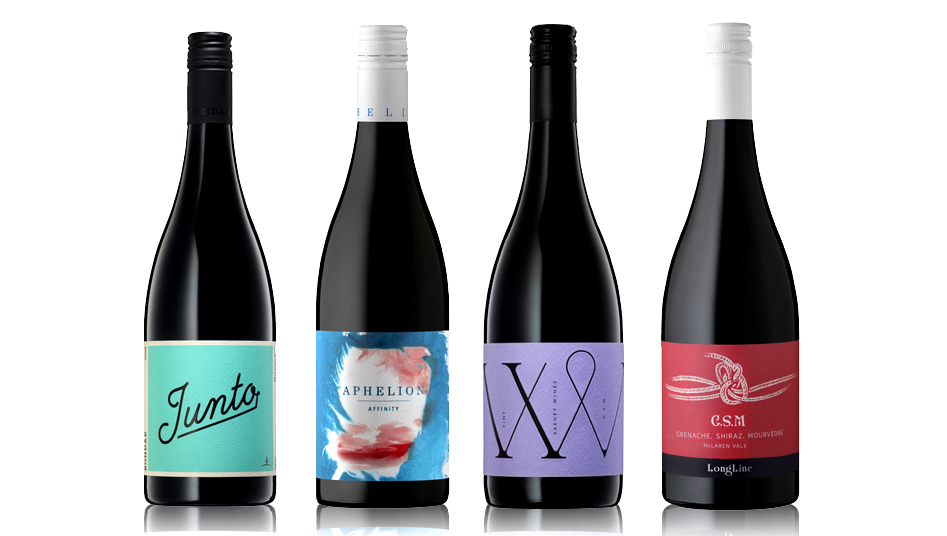 A multi-varietal blend of 68% Grenache, 10% Shiraz, 9% Mataro with Carignan (7%), Cinsault (5%) and Counoise (1%) heading along the Southern Rhone red pathway in construction and style. It is fragrant with kitchen garden herb notes that winemaker Andre Bondar suggests comes from the Carignan. The wine has an appealing dusty/earthy sense to it, with red fruit flavours and a soft exit. Very friendly drinking.

A 50/45/5 per cent blend of Grenache, Mataro and Shiraz, with a larger amount of the second player to deliver a savoury-noted character in the final wine rather than head into middle-weight territory where Shiraz can easily dominate this combo. There’s an attractive darker spice feel to the palate with delightfully integrated fine-powder tannins. Delicious drinkability and complexity.

A 45G/30S/25M mix sourced from several sub-regional districts, with about 15 per cent whole bunch included in the Grenache and Shiraz parts, followed by winemaking designed to highlight the expression of crimson fruits while building mid-palate backbone. Decent intensity with some red licorice flavour interest and plenty to enjoy in the sipping.

Sourced from the Blewitt Springs district, as many of the better examples are, this variation takes us toward a more robust and structural style of the blend, still with initial fragrant notes yet finishing with more tannin impact in the mouth. A Grenache blend for Shiraz drinkers, in some ways, and entirely successful in staking its claim in that territory. Crazy value by the way.