Let’s start with our acronym for the day. It’s a wine thing, and mostly it is considered a bloody nuisance.

MOG stands for “matter other than grapes” and out there in the regions dotted with vineyards, the matter that matters most comes down to the leaves, sticks and bark of trees. You’ll probably get a few insects and sometimes other unwanted tiny creatures, but they’ll mostly get sorted out before any winemaking begins.

The stuff that really bothers many winemakers is all that litter from gum trees that falls into grape-picking bins and finds its way into grape crushers and into the bubbling ferments that eventually become the wine we love to drink.

If you’ve ever picked a gum leaf and crushed it in your fingers, you’ll know the next bit. It smells like Australia. It smells of eucalyptus. It’s evocative and is forever memorable of what it is to be in the great Australian countryside.

But for most winemakers, gum leaves and all their associated tree bits and pieces are a bother. When harvested, mostly by machine, grapes can come with a fair bit of the old MOG, and what results is a definite aroma and flavour that can define, perhaps even over-define a wine, a region even, and definitely specific places where gum trees grow near grapevines.

In South Australia, those regions known to show some recognisable eucalyptus character in their wines include Coonawarra, Padthaway, Wrattonbully, Langhorne Creek and Clare. The varieties with the most obvious impacts are those which traditionally have longer skin contact like Cabernet Sauvignon and Shiraz.

The presence of eucalyptus characters in a variety like Cabernet Sauvignon, and what to do about it, is a source of constant debate in the winemaking community. Is it a good thing? Does it express an Australianness? Does it pinpoint certain terroir notes? How much is too much? Ad infinitum.

Along with those conversations comes a swag of great science done by the Australian Wine Research Institute at the Waite campus in the Adelaide foothills. To boil years of research down to a few sentences, basically the focus has been on a compound that causes the eucalypt aromas, called 1,8 Cineole (some spellings exclude the last e). Part of the findings conclude that volatile eucalyptus oil can settle onto grapes grown near gum trees, but mostly it’s all about the leaves, bark and twigs, and probably in that order, that find their way into the grape bins and eventual winery processes. And, for the record, machine-harvested fruit will pick up much more MOG than hand-picked, and the closer vines were to gum trees, the higher the concentration of 1,8 Cineole found in grape leaves, stalks and berries.

The more wobbly measurables come down to what we like in terms of eucalyptus characters in wine. And here there can be quite a divide between winemakers and consumers, which all comes down to where we draw the line between too much and dominating, and just enough and deliciously interesting.

In the Coonawarra, eucalyptus influences are often considered to be part of regional expression – and this can also become a sensory discussion about the difference between a minty, green herbal character in Cabernet Sauvignon as a natural element of the variety.

Enter winemaker Luke Tocaciu at Patrick of Coonawarra, who has decided to explore this whole debate to the next level, and delightfully, has taken it to a fascinating conclusion.

Among three new releases in what he calls his “Methode” range, he has defined a Methode Eucalypt Cabernet Sauvignon, as well as a Methode Nouveau lighter-bodied style from the variety. There’s also a skin contact Riesling.

For the Methode Eucalypt, he honed in on the vines growing near several River Red Gums on the Patrick family Home Block just north of the Penola township, and smack bang in the middle of the region’s famed Terra Rosa red soil over limestone strip of vineyards.

“Eucalypt is a great topic of discussion among winemakers here,” Tocaciu says. “I can pick many Coonawarra wines in lineups because of their minty/eucalyptus character, so I wanted to look further into it and test the hypothesis that vineyards among gum trees take on those aromas and flavours.” 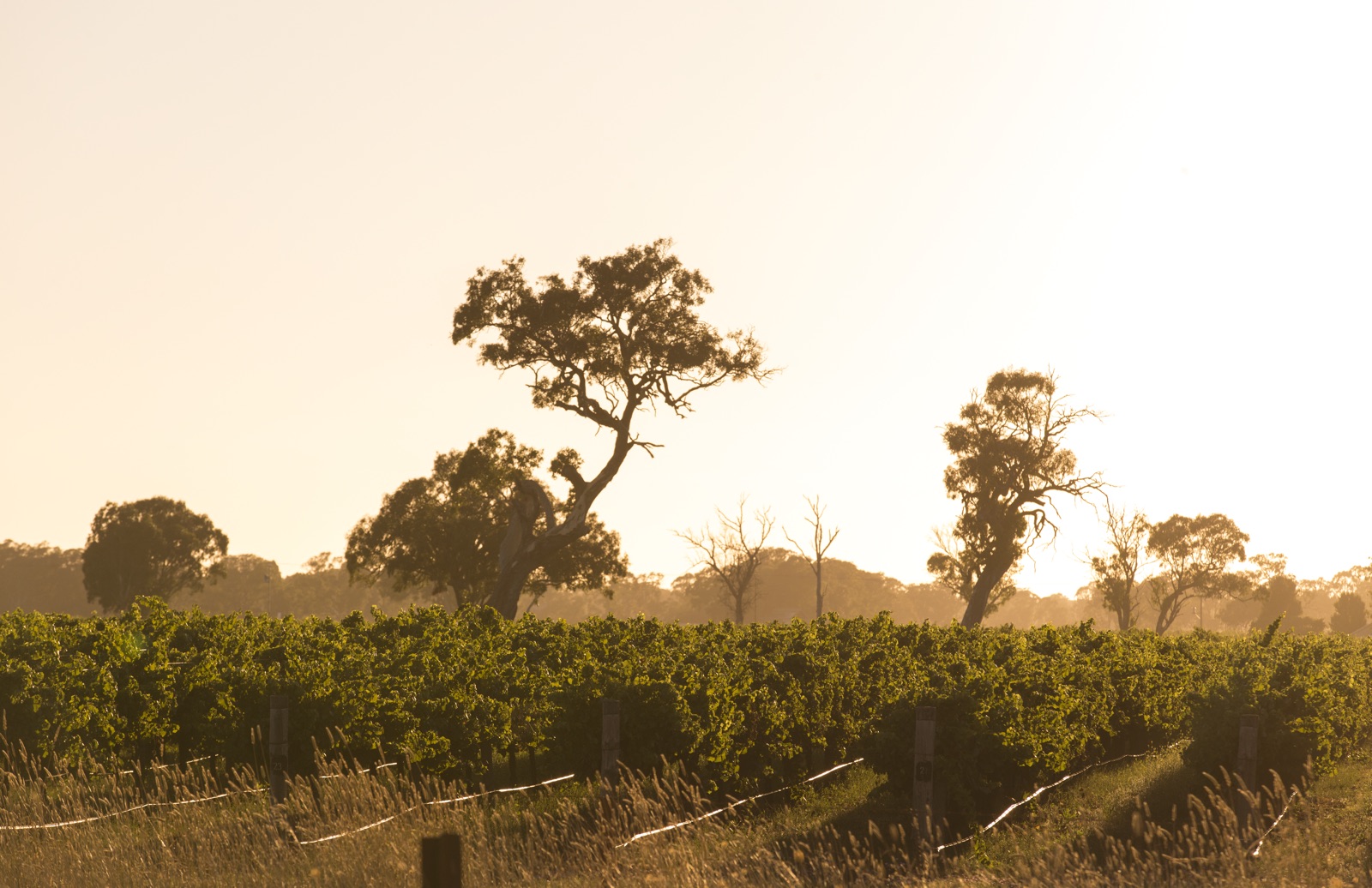 Winemaker Luke Tocaciu has focused on fruit growing near eucalypts on his family’s Home Block near Penola to produce his “Methode Eucalypt”. Supplied image

To do this he embarked on a specific harvest of grapes within 50 metres of gum trees on the Home Block, a vineyard which he reckons doesn’t usually display a huge amount of eucalypt in its Cabernet compared to others in the region.

“I wanted to see if the trees in our vineyard could give us that character, so I focused on picking fruit around one big River Red Gum in the middle of the rows,” he says.  “I set out to have all the leaves, bark and sticks intentionally, and it all went straight into the fermentation.”

It was foot-stomped rather than crushed and destemmed, which would have removed a lot of the MOG, then fermented naturally and treated much the same as his normal Cabernet in the winery, though with a bit longer sitting on the skins with all the litter included.

In the end, the wine matured into what Tocaciu calls “a distinctly Australian Cabernet Sauvignon that expresses the environment and place where it was grown.”

“It is a wine that expresses terroir in the true sense of the word.” 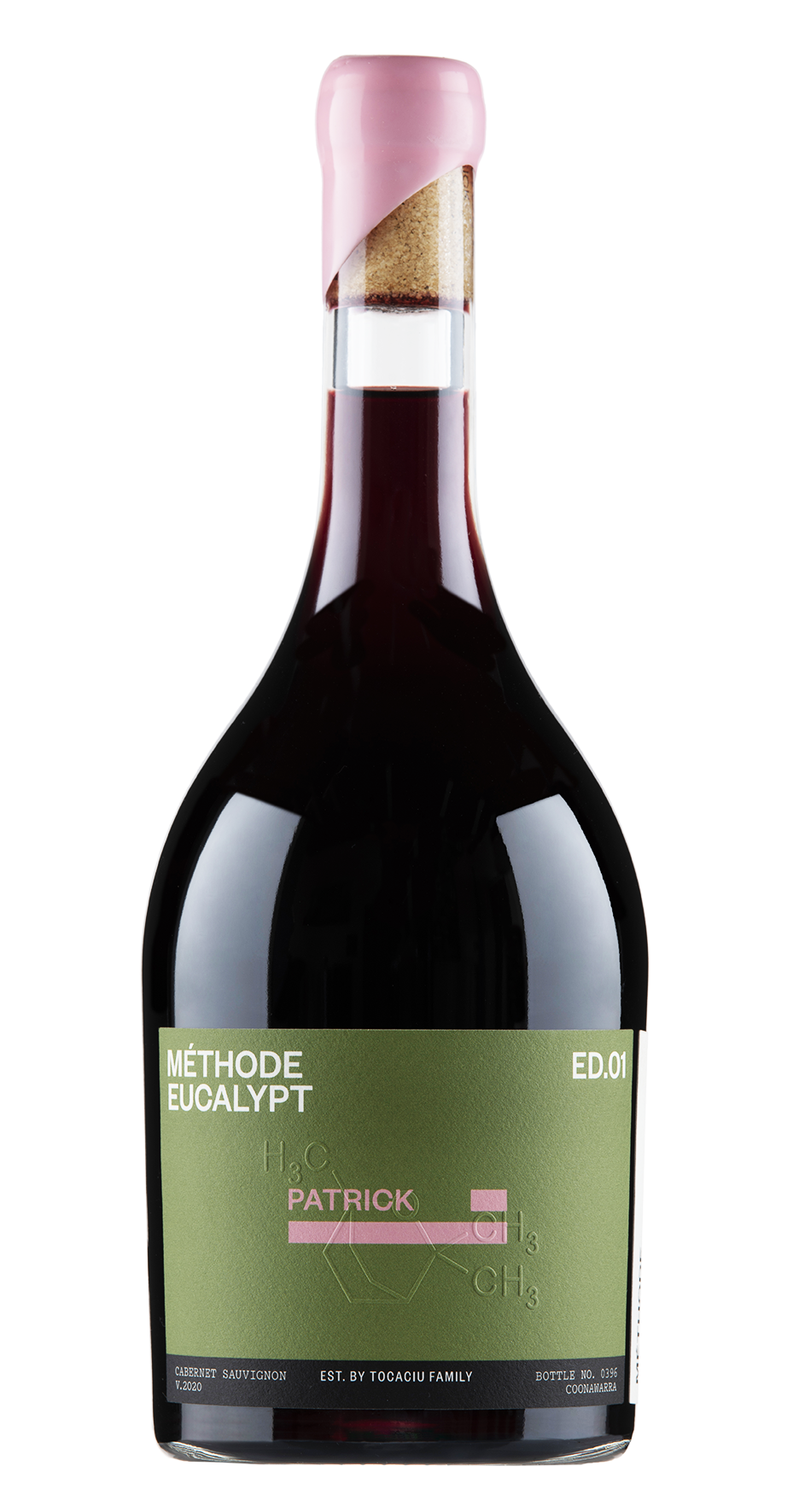 Given the project undergone to make this wine, you might expect a drink reeking of eucalyptus or tea tree oil. Instead, you get a Coonawarra Cabernet that seems quite familiar with its common regional stamp of dark mint chocolate over and above darker berry fruit notes. Given a few hours of airing, the eucalypt does swell, but not excessively, and there’s still plenty of cassis fruit in the mix with a subtle smattering of black tea tannins on the palate. Immensely drinkable in its youth. Presented in a great modern bottle with a bit of science on the label displaying the eucalyptol compound molecule 1,8 Cineole.

The most adventurous Cabernet expression. Here winemaker Luke Tocaciu seeks a much lighter style than the traditional Coonawarra way with the variety, with just two days on skins to extract colour and a bare modicum of tannin. If you think that might simply result in a next level rose style, you’d be wrong. The colour is medium density garnet and the aromatics are definitely all about Cabernet berry and cassis, with palate flavours reverbing all that in a juicy expression with some black pepper offset for further interest. Importantly, there’s a much gentler grip than usual with the variety, enabling more immediate drinking. A tasty success.

Sourced from an estate vineyard in the north of the Coonawarra district, and yes, two blocks in play that produce larger grapes than usual for the variety, resulting in a less dense, more medium-bodied style yet not compromising any Cabernet aromatics or flavours. There’s still a little dash of Coonawarra mintiness, and perhaps a darker cherry flavour profile more than blacker berries, while the mouthfeel is softer than often noted heavier Cabernet tannin structures in more traditional expressions. Very neat indeed.