If you’re after a non-reality show, and are not invested in the new series of Stranger Things, Kung Fu Panda, or a documentary on Don McLean and the story of his song “American Pie”, the 15th season of comedian Shaun Micallef’s Mad As Hell (ABC and streaming on iview) could be just what the doctor ordered.

The New Daily caught up with Micallef and asked how he stays sane writing new material every year for his show.

“You’re assuming I am sane. I’m not sure that’s the case any more,” he says. “I think it was around the third year of doing the show, when Tony Abbott was prime minister. Remember that? He was prime minister. He won an election and everything. Amazing.”

Well, Shaun, what’s going to be different about delivery this year?

“Oh, we’ll have to scrap all the characters and bring in a whole bunch of new ones. It’s very hard, though, because everyone on the Labor frontbench seems quite reasonable. Even Bill Shorten has got his act together. They’ve made it very difficult for us.”

Okay, so what are you going to do?

“It will take time and we will all have to be patient. It’s only been a month and a half [since the new government was elected]… becoming ineffective and disappointing everybody is inevitable. Particularly with Labor.

“The great thing about the LNP is that you don’t really expect them to ever do anything worthwhile (and they seldom overshoot).

“With Labor, though, they keep dangling hope in front of us. I’m estimating it’ll take another fortnight before we start despairing and can start making some decent jokes. Not great for the country, but great for us.” 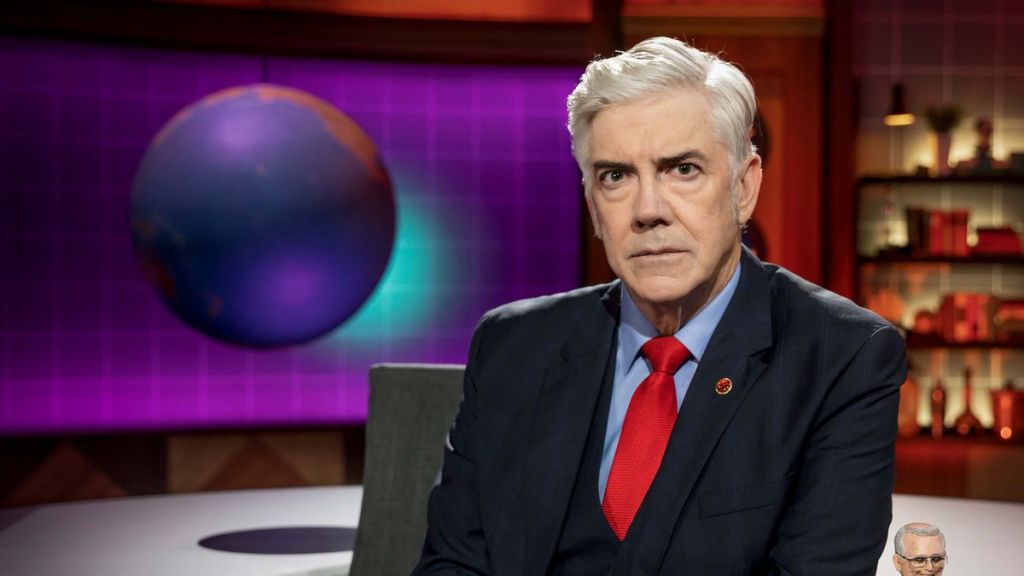 Shaun Micallef is back with a new season of Mad As Hell.

Now over to other streaming options:

For all of those Upside Down fans, Volume 2 is finally here with the long-awaited season finale. No spoiler alerts, but we can say time is precious in the town of Hawkins.

No need to wait for the weekly drop, all episodes land at once. From Kiwi comedian Pax Assadi, this series is the heartfelt comedy inspired by his formative tweenage years growing up in Auckland.

Pax, played by Kenus Binu, is a typical 12-year-old from the early 2000s, whose parents came to New Zealand in the late 1980s as refugees. He wants to fit in, but a major international incident makes that very difficult.

Not interested in AFL on Friday night? This heart-warming film features Drew Barrymore and Toni Collette and is set in London. It’s anchored to that moment when life falls apart, and the friends have to try to keep it all together.

Described as an “absurdist comedy”, Nude Tuesday is about a couple who spend a week at a retreat to save their marriage.

The official synopsis reads like this: “Spoken entirely in gibberish, audiences will be able to choose their own subtitle adventure with three different versions to choose from”. One of these will be subtitled by acclaimed Australian comedians Celia Pacquola (Rosehaven) and Ronny Chieng (Ronny Chieng: Speakeasy).

Who is Ghislaine Maxwell? – July 8, Paramount+

An exclusive new series, and timely. This three-part docu-series tries to find the answers as to why an educated socialite heiress would prey on other women and how she became involved with convicted abuser Jeffrey Epstein for decades.

Audiences have been often mesmerised by Heather Ewart’s back-road gems, and she’s back with guest presenters to find more amazing Aussie stories and people.

The Secrets She Keeps – Paramount+, July 12

From the outset, we know something has gone terribly wrong for Meghan (Jessica De Gouw). An incident has taken place that will have devastating repercussions for her family and her marriage.

In maximum-security prison, much-despised inmate Agatha (Carmichael) has a secret of her own that makes her desperate to escape to safety.

There are bone-chilling twists.

Love the idea of a story involving the CIA and Jeff Bridges, hunting rogue fugitives and clashing with the FBI?

Rotten Tomatoes critics’ opinion is this: “The Old Man is just as intrepid and spiky – and derivative – as younger action heroes, with Bridges lending invaluable gravitas.”

Snuggle down for some fun with family favourite and School of Rock legend Jack Black. This series is about a mysterious pair of weasels who set their sights on a collection of four powerful weapons, and it’s up to Po to get them back to save the world.

Miriam Margolyes is back on the road, heading west along the bottom of Australia, to understand what the “fair go” means in Australia today and how it is playing out in the diverse lives of her fellow citizens.

If you idolise Jane Austen, this film is just for you. Starring Dakota Johnson (Fifty Shades of Grey), Henry Golding and Cosmo Jarvis, the story sees Anne Elliot re-meet a dashing man of humble origins who she was persuaded not to marry.

Will she seize her second chance at true love? Only one way to find out!

Exclusive to Paramount, this documentary will, for the first time, share the secrets behind the song that filled American culture for decades. It also highlights certain moments that are as relevant today as in 1971, when the song was released.

“So many throughout the years have asked me what certain lyrics meant or whom I was referring to, but now I finally can solve many of those mysteries,” reveals McLean.

“Everyone from Madonna to Garth Brooks to Weird Al Yankovic has recorded ‘American Pie’ and made it their own. So many people have their own interpretation of the song, and I love it.”

To all the creative geeks out there, tune in to the red-hot Blown Away: Season 3. This ground-breaking competition series returns as 10 glass artists from around the world gather in North America’s largest hot shop to push themselves to creative extremes in the quest to be named Best In Glass.

Starring Gugu Mbatha-Raw (Morning Wars), this eight-episode thriller is about a woman who suffers a severe head injury, leaving her with extreme memory loss. Through twists and turns and an unexpected love triangle, this sexy, elevated thriller asks: What if you woke up one day and didn’t know your own secrets?

Danni Sanders (Zoey Deutch), an aimless aspiring writer with no friends, no romantic prospects and – worst of all – no followers, fakes an Instagram-friendly trip to Paris in the hopes of boosting her social media clout. After a terrifying incident, Danni unwittingly falls into a lie bigger than she ever imagined and “returns” a hero.

This story was first published on The New Daily.