In conversation during Wash My Soul in the River’s Flow, First Nations singer Archie Roach remembers a time when the songs just wouldn’t come. He and partner Ruby Hunter went to her home in South Australia on the Murray River and within a couple of days he wrote the elegiac spiritual about the Coorong that ties together director Philippa Bateman’s film about the couple’s life and work.

It is not quite correct to say the movie was 17 years in the marking; rather, it started 17 years ago and was resurrected in 2019 by Bateman, who kept concert footage and always planned to do something with it. In 2004, her friend Patrick Nolan, now head of Opera Queensland, had invited her to film a concert given by Roach and Hunter, partners in music and life, working with pianist and producer Paul Grabowsky and the 22-piece Australian Art Orchestra.

At the time, Bateman was working elsewhere, but she filmed three days of rehearsals with Roach and Hunter and a day when the couple sat with Nolan and talked about themselves and the meaning of their songs.

“It was basically a conversation about what the songs meant so Patrick would know where they were coming from,” Bateman says.

She then filmed the concert in Hamer Hall which opened the Melbourne International Arts Festival and had been commissioned by its director, former South Australian artist Robyn Archer. It was a long and powerful performance with Hunter, wearing a colourful feathered flower headdress and a floating dress, sharing the stage with Roach, whose simple strength and humility was obvious.

Bateman says there was talk at the time of following up with more footage but a planned tour never happened and the project lapsed. In 2019, nine years after Hunter’s death, Bateman returned to Australia from New York and approached Grabowsky and Roach about making a film, which would be a tribute to Ruby Hunter and her homeland around the River Murray.

Bateman says Archie, who is from Victoria, was the custodian of Ruby’s story and his agreement was critical. Once he said yes, the next step was to contact her surviving siblings, Eric Richards and Jeff Hunter, who in February 2020 guided Bateman’s filming on Ngarrindjeri country and took her to a remote hut that was one of a group of four where Hunter lived and where she was removed from her family, wooed with the promise of circus tickets. 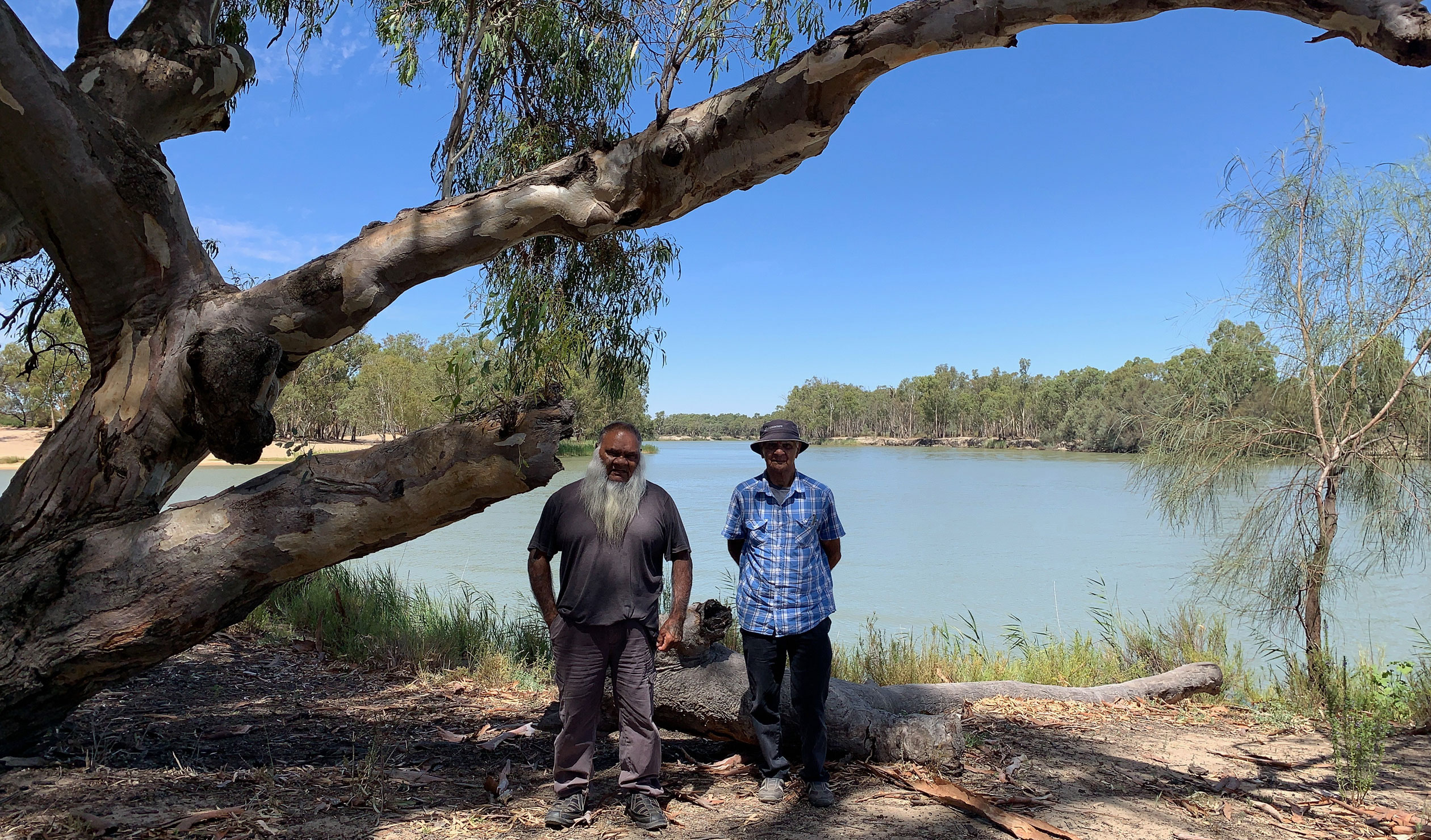 “The way that they (Archie and Ruby) sang and talked about country was so powerful and I really wanted to make this seamless relationship between country and what they were singing about from their lives,” Bateman says.

“That’s where the whole landscape narrative comes from, this desire to merge memory and past and present into a continuum.”

As well as guiding the filmmakers around the Coorong, Hunter’s family opened their home and their old photo albums, images from which crept into the film as part of the grand love story between Roach and Hunter, who met while still in their teens.

Hunter says in the film she first saw Roach in the audience during filming of the Happy Hammond television show and said to her foster mother: “I’m going to marry that boy when I grow up.” They met at the old Salvation Army hostel, the splendidly named People’s Palace, and as soon as Hunter set eyes on the quiet, shy boy who could sing, she claimed him as her own. They were inseparable for 38 years, until Hunter’s sudden death.

Bateman says she set out to avoid making a conventional documentary, even though the film is a document of the couple’s lives and music, and despite the technical challenge of the concert having been recorded only in mono, with no multi-track.

“I wanted to give it a cinematic feel that brings the scope of that country, their love story and the emotion together and gives it some sort of majesty,” she says. “I had this idea that I wanted it to be very painterly and I only wanted very, very wide shots, or close; I didn’t want to have that feeling between the intimate and the grand.”

Software wizardry only available in the past couple of years solved the sound and image problems and enhanced the archival footage to the contemporary standard the film demanded.

“A lot of the technology we used, I think we were the first to use in a documentary feature,” Bateman says. “Really, I wanted it to be beautiful because Archie and Ruby are so beautiful, and the music is so beautiful.” 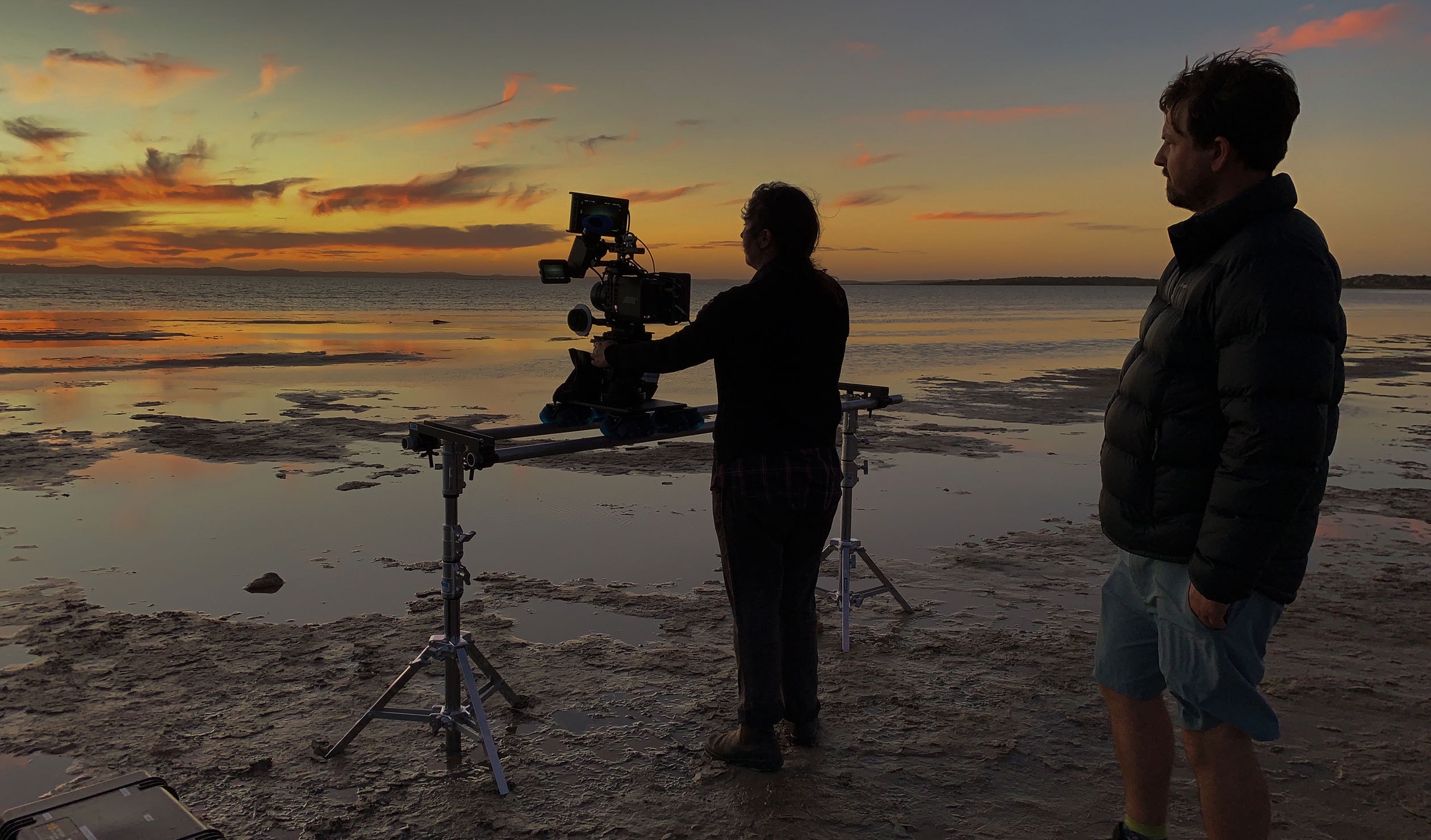 The documentary makers on location in the Coorong. Photo: Philippa Bateman

The concert took place before the 2008 Rudd apology and was itself an act of conciliation – both Hunter and Roach were stolen children – through artistic cooperation, and the film uses Ngarrindjeri subtitles. The translation was supplied by Ngarrindjeri elders and Hunter’s family.

“One of the things that Archie said very early on, when we showed him cuts of the film, was that he would really like to see some language,” Bateman says. “He said, ‘Ruby and I didn’t write songs in language, we wrote in English, but language was really important to us’, and the first language that he heard was Ngarrindjeri, which he heard from Ruby.”

A striking aspect of their story, gently emphasised in the film, is their lack of bitterness and anger about being stolen children. While both spent time on the streets, Hunter’s foster parents were in the audience at the Hamer concert, and Hunter and Roach emphasised the need to look forward and not to the past.

“They didn’t feel rage at the people who looked after them. and I think that has to do with their spiritual maturity and their emotional generosity,” Bateman says. “I’m not sloppy by nature, I tend to see the dark in people, but they made me cry all the time because I am very moved by their humanity and wisdom.”

Wash My Soul in the River’s Flow opens in cinemas nationally on March 10.