“I think it’s a really interesting community to draw from for comedy,” Lui says of the international doomsday prepping movement, which she first discovered through docu-tainment shows like National Geographic’s Doomsday Preppers, before going down the internet rabbit hole herself.

Having initially made her name as a playwright (her 2017 Christmas comedy Black is the New White reached South Australian audiences as part of State Theatre Company’s 2019 season), Lui has been increasingly focussed on the screen of late, with an HBO show in development alongside recent stints in the writers’ room for ABC drama Total Control and Stan/Hulu’s period comedy The Great.

In Preppers, Lui and co-creator Gabe Dowrick, who is also her husband, swap out the armageddon-obsessed Americans typically seen building bunkers and stockpiling supplies for a group of Aboriginal and Torres Strait Islander survivalists – along with a handful of non-Indigenous blow-ins. The ragtag bunch are readying their secluded community of Eden 2 for a shopping list of disaster scenarios including “global wars, civil wars, nuclear wars, race wars, alien invasions, overpopulation, bushfires, tidal waves, climate change, [and] super volcanoes”, when Lui’s character Charlie arrives.

Aboriginal people are kind of like the original survivalists

A breakfast television presenter in the midst of what Lui describes as “her own personal apocalypse”, Charlie has returned to her family’s country property only to discover that Nanna has handed it over to the preppers’ leader, Uncle Monty (Jack Charles), under a“10,000-year legally-binding lease for the continued survival of Aboriginal people”.

“Charlie’s a character who’s the epitome of the ‘good Aboriginal’ – which in a way comes from quite a racist place,” Lui says of her character’s lifelong attempt to assimilate, which ends in a career implosion that recalls Lui’s guest appearance in the acclaimed finale of ABC satire Get Krack!n.

“Charlie’s tried to create this life where she’s done everything that she thinks is right – or ‘White’ – just in order to survive, but has created this gilded cage and has no idea who she is or any hope for the future. So in a way, for her to be able to find a future, she has to burn everything around her to the ground.” 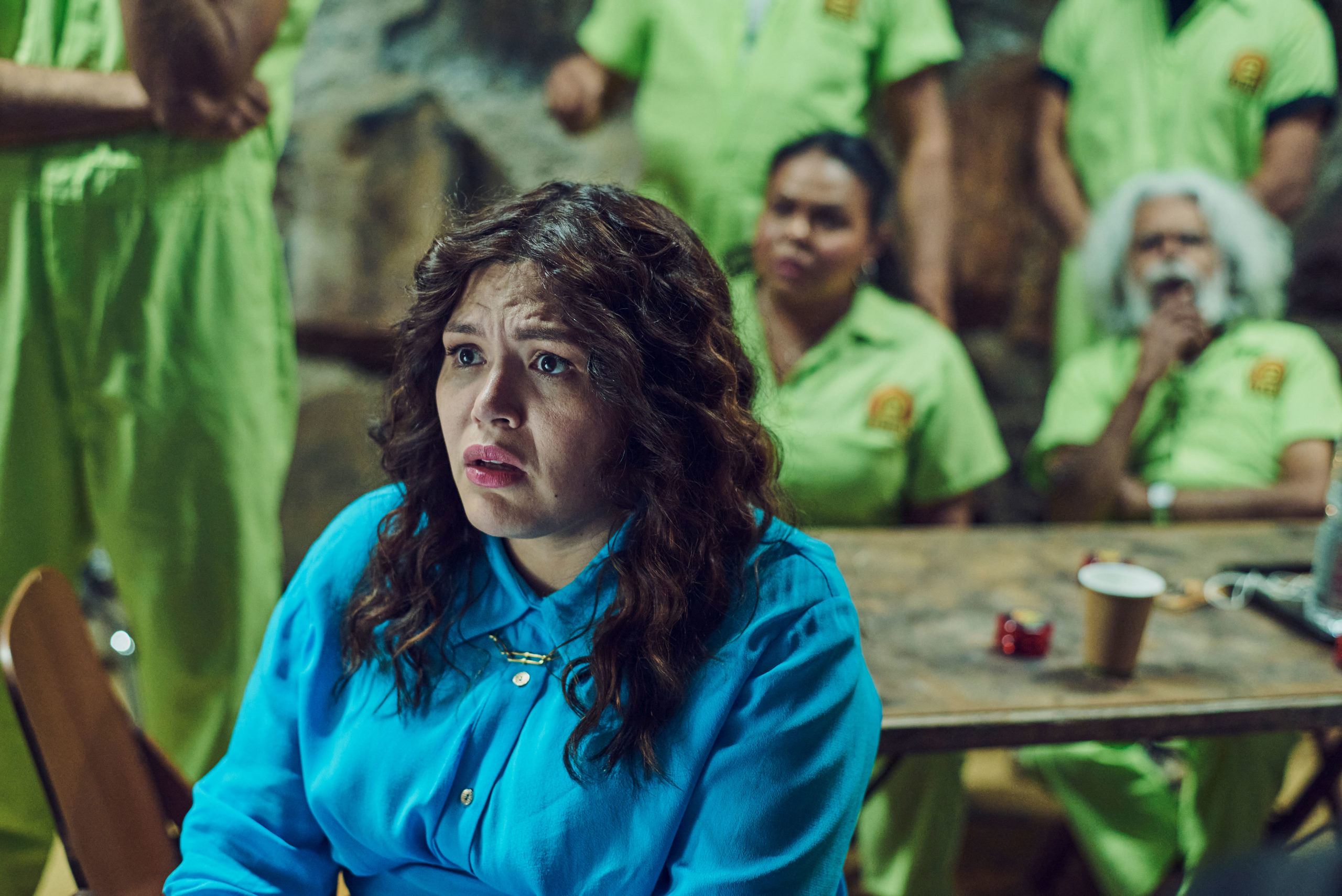 Nakkiah Lui as Charlie – a character she says is a character who’s the epitome of the ‘good Aboriginal’. Photo: ABC

That episode of Get Krack!n, a funny yet searing indictment of Australian TV that saw Lui play a fictionalised parody of herself, has since become the subject of enough confected culture war stoushes to make anyone want to bunker down.

“I realised after [Preppers] was written, and we’d wrapped production, that in a way maybe I was wondering if I could survive that myself – and I was maybe exploring that through Charlie’s character. How do you survive that kind of outrage, cancellation, and how do you find some kind of empowerment in your life and career?”

The kind of survival that Charlie finds in Eden 2 is what Lui says gave Preppers its “pathos and heart”.

“When I got really into those shows, I started thinking, what do I think the world will look like? Then I had this thought: well, 1788 was an apocalypse of sorts for Aboriginal people. Homes and families destroyed in all these disastrous ways; people speculate about how the world will end – that happened. So I was like, well hey, Aboriginal people are kind of like the original survivalists, it would be kind of silly not to doomsday prep again.”

That idea allowed Lui to explore a different kind of prepper community to the ones she had previously seen on screen.

“I think the representations of a lot of those shows that I was really into tended to be a lot of White men, and what ‘survival’ looks like to them. In the shows I watched, and this is a generalisation, but it was often quite combative, and harsh and violent. But I remember this one couple who were more progressive and hippy, and they were like, ‘We’re going to give all our vegetables to everybody!’

“We might have this idea about who doomsday preppers and survivalists are, but I know that for myself, my family – my parents, my grandparents – they survived so much, and yet they were able to create hope. With Preppers, that’s what we ultimately wanted to do, to create a show that is about hope and community at the end of the day.”

“I could not have predicted that it would have been toilet paper,” she laughs of the last-minute panic prepping that has unfolded across Australia in the last year, “and neither could any of these doomsday peppers in the shows that I researched. It never came up!”