Warning: This article contains the names and images of Aboriginal people who have died.

You think you know the story, but do you? Three Aboriginal children, one only four, vanished in the space of a few months from the tiny outback New South Wales town of Bowraville. After various inquests, a trial, investigations and legal challenges, their murders have never been solved.

There is a suspect, a heavily-built white labourer called Jay Hart, well known to the Aboriginal community, who was linked closely to the disappearance of Clinton Speedy-Duroux, 16, and was drinking with him in a rundown caravan on the night of the murder. Clinton’s remains, as well as that of four-year-old Evelyn Greenup, were found, but only the clothing of the third girl, Colleen Walker-Craig, 16, was recovered along the same dirt track that led to the bodies of the other two.

As with almost all documentaries, the raw power of The Bowraville Murders (directed by investigative journalist and filmmaker Allan Clarke) lies in the original material, in the interviews and police records from the time which sit in such horrible contrast to the dawning realisation over the next 30 years that a dreadful miscarriage of justice had been done.

The racially motivated dismissals endured by the families is galling. Police didn’t care when the children were reported missing – probably gone walkabout, one officer said – and no attempt was made to treat any of the disappearances as crimes warranting police work, interviews, accountability and, most importantly, forensics from, for example, Hart’s caravan.

When demands were made for city police to help, authorities sent an officer from child protection to investigate the families, assuming the fault was theirs. 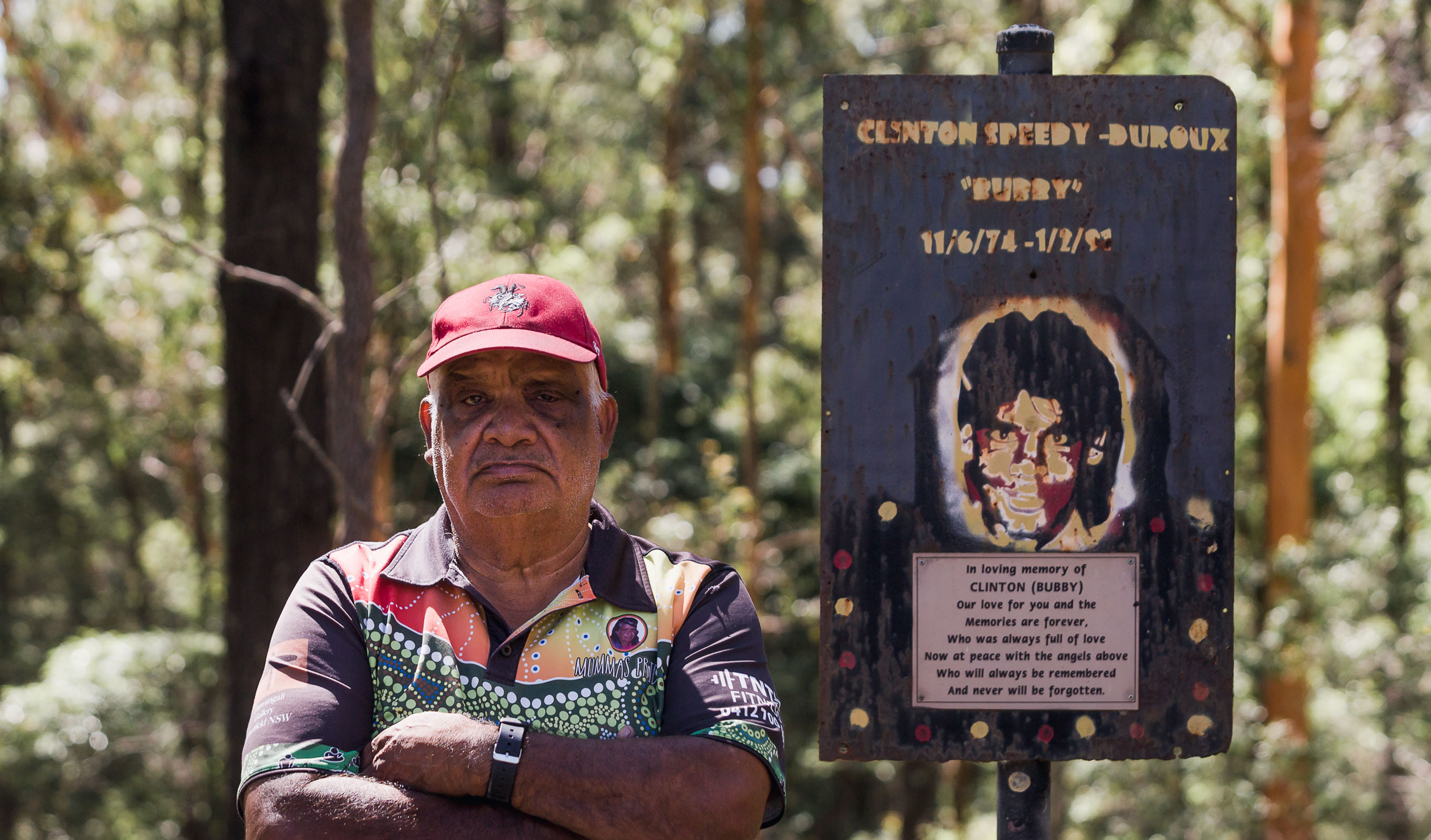 Thomas Duroux at the memorial to his murdered son, Clinton. Photo: Kate Holmes

The passage of time has been exceptionally cruel. As it became more obvious that three murders had been ignored, botched and overlooked by police who were blinded by their racist assumptions about indigenous families and their children, so does the parallel story emerge that the missed moments and opportunities could never be recovered.

Even the High Court, which heard the final appeal over evidence that could have triggered Jay Hart’s retrial – after legislative change that removed the double jeopardy impediment – could do nothing. There was potentially crucial evidence from a truck driver who saw a man who looked like Hart lurking near the body of an Aboriginal boy lying on the road – most likely Speedy-Duroux, who was placed there to be run over and cover up the crime. But even though no one had raised this, they should have, which disqualified it as grounds for a retrial.

The murders hold an appalling mirror to who we were and it is confronting to accept the weight of ingrained racism. The weakness, for me, is in the re-enactments, the staged interviews reminiscent of reality TV, and the presence of Stan Grant, whose observations about what a racist country we are were not needed. The Bowraville evidence speaks loudly enough for itself.