Aboriginal and Torres Strait Islander readers are warned that this story contains a video with images and voices of people who have died.

“Can you imagine, 265, whatever it is, years ago, you come into this country, the land has such diversity of character, there’s so much embedded cultural knowledge – how can you ignore the First Nations’ people’s relationship with land and story? Why wouldn’t you just embrace that and make it the identity blanket of the country?”

Created to mark the 30th anniversary of Bangarra, the story is told largely through the eyes of Stephen, who took over the reins in 1991 at just 25 years old.

The company – which has won national and international accolades for its fusion of traditional and contemporary dance – was formed out of the National Aboriginal and Islander Skills Development Association (NAISDA) dance college in Sydney. Stephen and his brothers David and Russell had all attended the college, and the trio became the beating heart of Bangarra Dance Theatre.

Firestarter directors Wayne Blair (Top End Wedding, The Sapphires) and Nel Minchin (Matilda & Me) have cleverly spliced together archival footage and candid interviews to paint a comprehensive and captivating picture of both the Page family and the dance company.

There are home videos of the brothers as young boys creating their own performances as part of a large family in Brisbane, of “Little Davey Page” singing on the Paul Hogan Show and of David Page’s one-man autobiographical theatre work Page 8, as well as clips of landmark Bangarra works – from Ochres (1994) to Bennelong (a highlight of the 2018 Adelaide Festival).

Footage of events like the Bicentenary protest march in Sydney, Paul Keating’s Redfern speech and the 2000 Reconciliation Walk over the Harbour Bridge help give context to the company’s story. Through interviews with people such as art curator and writer Hetti Perkins, Firestarter underlines how a  long history of injustice and trauma continues to impact the lives of Aboriginal and Torres Strait Islander Australians, including those in the Bangarra family. 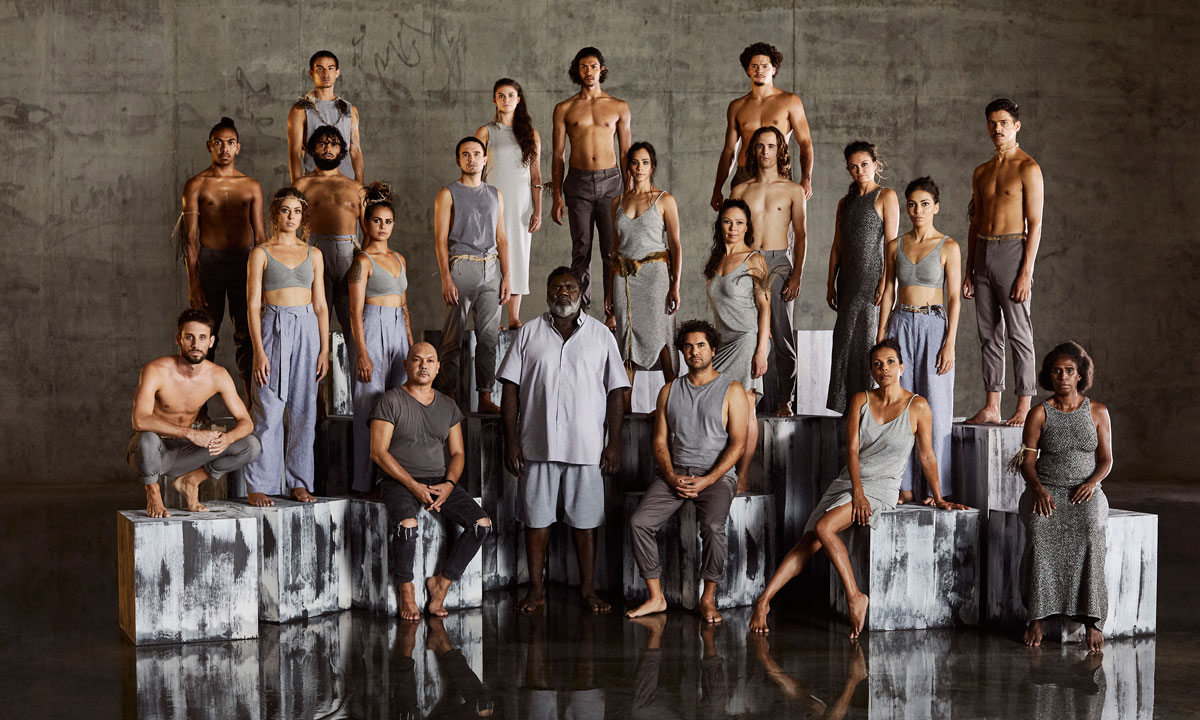 Interviews also offer insight into the character – and struggles – of each the Page men. Stephen, says Sydney Festival director Wesley Enoch, was the responsible brother, while David (who composed the music for most of Bangarra’s productions) was the mischievous one. With choreographer and principal dancer Russell, “everything was about his body, his spirit”.

All three were driven to share and preserve Indigenous stories and culture through their art, and to inspire the next generation of First Nations artists.

“Using our artform as our weapons is the way we have to fight,” says David, in quiet tones, in one old interview.

But that weapon couldn’t protect two of the brothers, and it is heartrending to watch Stephen and the other company members reel from the loss first of Russell, in 2002, and then David, 14 years later.

Speaking on country, Stephen wonders where he is supposed to go, what he is supposed to do. It’s a rhetorical question, because it is clear there was only one thing he could do. In the wake of David’s death, he worked harder than ever, creating the epic work inspired by the story of Woollarawarre Bennelong which won widespread acclaim but took a heavy toll on the dancers.

In 2019, Bangarra Dance Theatre ushered in a new era with the appointment of associate artistic director Frances Rings, a longtime company member who appears frequently in the documentary. The same year it celebrated its anniversary with the touring production Bangarra: 30 years of sixty five thousand.

Ultimately, despite the challenges Bangarra has endured, the message of Firestarter is one of incredible resilience and hope. The directors have created a powerful film that deserves to be seen by a wide audience. It’s not only a contemporary dance or performing arts story; it is an Australian story.

The Adelaide Film Festival last night announced Firestarter the winner of this year’s documentary award, with the jury commenting that “it reveals the price paid to make art and confronts the uncomfortable legacy of trauma that First Nations people continue to grapple with…”

The jury added: “This film acknowledges how vital it is in 2020 for us to gather together to share our stories.”

Firestarter – The Story of Bangarra is screening again on October 22, 24 and 25 as part of the 2020 Adelaide Film Festival, which continues until October 25. Read more previews and stories here.