Offering audiences the chance to see work from around the world by filmmakers who are often under-represented in the mainstream movie sector, the South Australian festival has been presented biennially since 2014.

Sit Down Shutup & Watch! (SDSW) usually holds a live screening event (last year it was in the Barossa Valley), but this year it will be mainly online due to COVID-19.

Selected by the steering committee from more than 500 international entries, the 40 films will be presented through a program of free screenings on the SDSW website, Facebook and YouTube from October 14-25, with a Best of SDSW on the big screen at Palace Nova Eastend Cinemas on October 25 as part of the Adelaide Film Festival, which opens tonight.

Organisers promise a line-up of documentaries, animation, dramas, comedies and experimental films that will “truly blow your mind, make you laugh, and take you on a journey”, including projects such as South Australia-made The Loop.

Winner of the best documentary prize at the Oxford Film Festival in the US, The Loop follows Lorcan Hopper, a first-time television director with Down syndrome, as he works to create a soap opera. Hopper and fellow South Australian Johanis Lyons-Reid co-directed the film, which was funded by SBS and the SA Film Corporation as part of the Full Tilt documentary initiative.

Other 2020 highlights are Fish Don’t Care When it Rains, in which Jennifer Msumba, an American artist with autism, demonstrates what the simple life of a fish can teach us about accepting our circumstances, and Phone Home, a new film made entirely at home under COVID-19 lockdown by South Australian filmmaker and visual artist James Kurtze, who works with a combination of live action, animation and “hyper” technology.

The program also includes a US film about a teen living in a post-apocalyptic world, a drama from Luxembourg about a young girl who thinks her dyslexia is a virus, a UK documentary looking at college life from the point of view of an autistic student, and a quirky silent melodrama by Whyalla’s Leap Takers.

“We are really thrilled to see the way learning disability filmmaking is expanding internationally, giving us so many films to choose from this year,” says Witczak.

Explaining the festival’s name, Witczak says it was suggested by one of the committee members when they first looked at branding the event.

“It just tickled everybody and we went with it.

“It’s an empowering thing. Instead of deciding what you think I’m capable of, sit down, shut up, watch, and learn.”

The selected films will go live at 10.30am today, tomorrow and Friday, and again on October 21, 22, 23 and 25, with each stream hosted by a SDSW committee member and offering the opportunity to chat live. They will then be available to screen on demand. See the festival website for the program.

The best of Sit Down Shutup and Watch! will screen at Palace Nova Eastend Cinemas on October 25 as part of the Adelaide Film Festival, which opens tonight. Read more about this year’s AFF here. 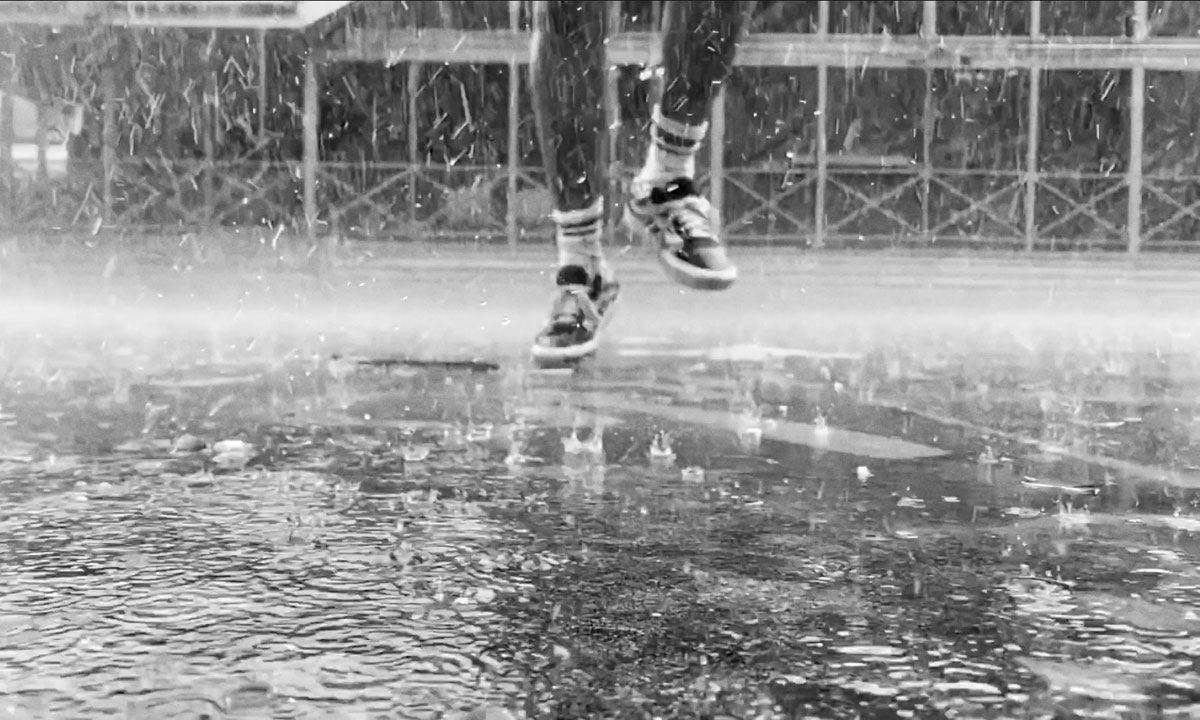 A still from Fish Don’t Care When it Rains, by Jennifer Msumba