Silverback Films and global environmental organisation WWF (World Wide Fund for Nature) have combined to create a selective account of Attenborough’s encounters with nature in this new documentary. It’s selective because much must be left out of the story of a very rich life while leaving leave room for Attenborough to focus on pressing present issues.

Attenborough has been broadcasting about nature since the 1950s, but this is his first feature film. The 94-year-old wants to make a “witness statement”. It is also a call to action, to “re-wild the planet” if humans and our planet home are to survive.

There are no spoilers here simply because we have already been exposed to reports about environmental degradation and debate about appropriate responses. Fatigue might have set in for some, and others might not feel compelled to act if they feel no immediate change in their daily lives. Attenborough wants to shake us out of that lassitude and of any abiding ignorance, willful or not.

His theme is clear from the start. Standing at Chernobyl, he reminds us that “bad planning and human error” have haunted the Holocene epoch, and that the critical issue now is to restore biodiversity.

Tellingly, Attenborough remarks that, “once an animal became a target, there was nowhere it could hide”. Apex predators, humans began to wipe out whole habitats and other species. They could only be stopped by themselves, intentionally or otherwise, and that is the challenge facing us now. 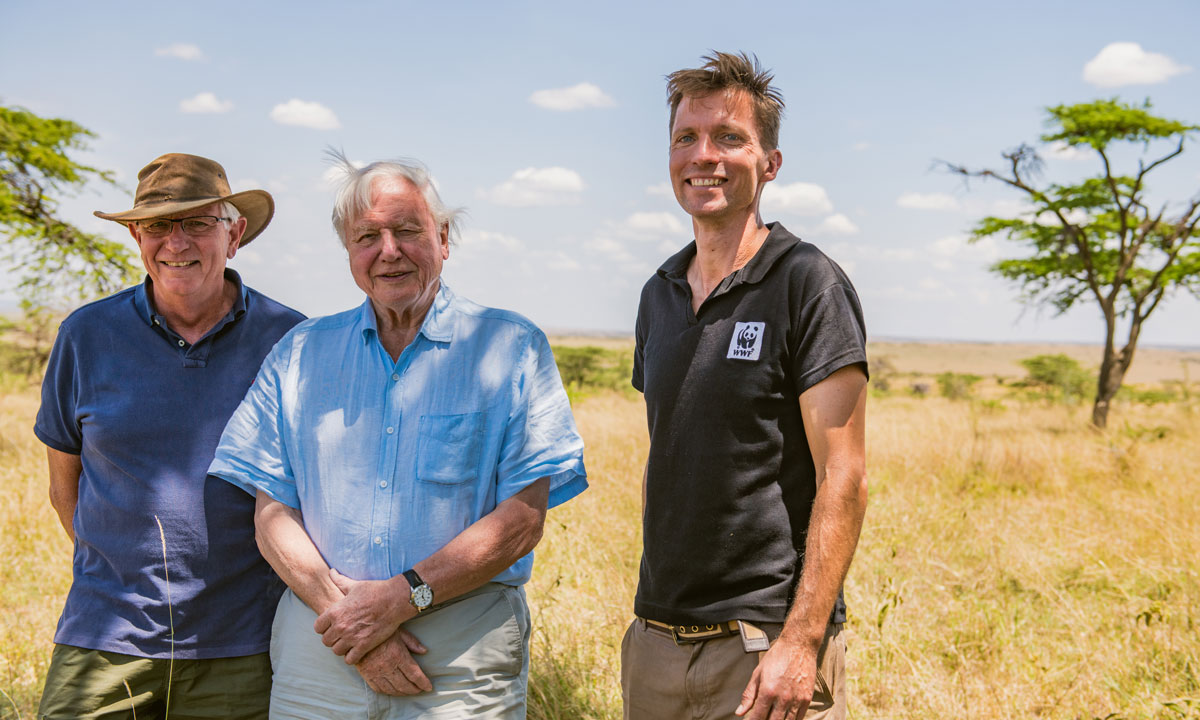 David Attenborough with A Life on Our Planet executive producers Keith Scholey and Colin Butfield in the Maasai Mara in Kenya. Photo: Conor McDonnell / WWF-UK

The catalogue of woes is all too familiar: species destruction; massive deforestation; plant monocultures (eg oil palms); and releasing millions of years of trapped hydrocarbons into the atmosphere in just 200 years. It amounts to what he describes as “a blind assault on the planet”.

It’s grave stuff. But Attenborough sees hope. Biodiversity is at the core of his answer and he prescribes key areas for remedial action, bolstered by examples that are already working, and which are realistic. It rests in our hands.

The film does not address some relevant matters that will have to be wrestled with if Attenborough’s goal is to be achieved. Again, that’s partly a function of the constraints of film-time, but it would have helped to acknowledge problems with recycling wind-turbine blades and solar panels, for instance, or plugging methane leaks from gas mining.

Attenborough puts much store in the human ability to imagine the future. Let’s hope it is sufficient in rising to the call.

A Life on Our Planet has a limited cinema release from this week, to be followed by a global launch on Netflix. A matching book is also due out today.