Writer-director Jonathan Jakubowicz, whose script is based on years of research, opens Resistance in 1938 Munich, where a young Jewish girl, Elsbeth (Bella Ramsey), witnesses the execution of both her parents by the Nazis.

That same year – in Strasbourg – Marcel Mangel (later to become Marcel Marceau) is working for his father as a butcher but spends his evenings entertaining small crowds in clubs with his mime routines.

He agrees to join his friends, including the politically active Emma (Clémence Poésy), to arrange shelter for 123 Jewish children, who they meet at a bridge on the French border. Marcel seems to not be highly regarded by his brother or his father, but he finds his niche in caring for the orphans – who include Elsbeth – and they soon come to love his entertaining antics in mime and clowning.

The children are taught practical skills, such as the ability to hide from Nazi soldiers, and before long, as the Germans attack France, Marcel decides they aren’t safe and need to be taken on a treacherous journey across the Alps to Switzerland. 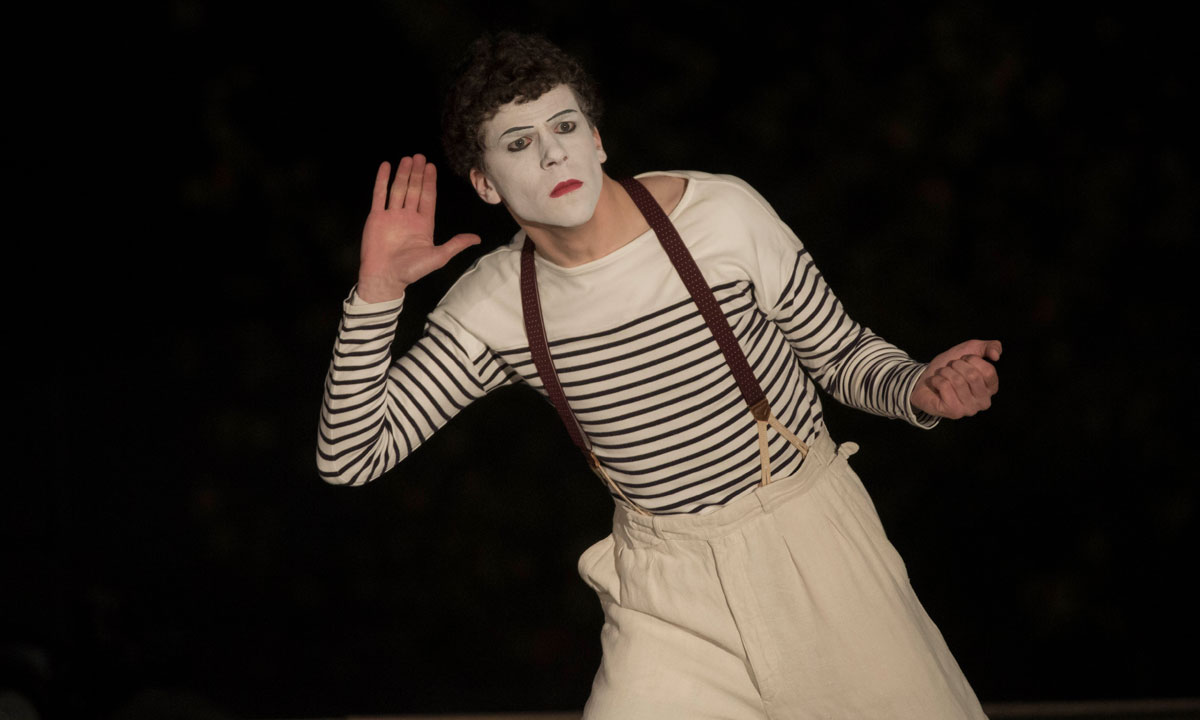 Jesse Eisenberg (who played Mark Zuckerberg in The Social Network) is the young Marcel Marceau and, having done some training in mime, he performs convincingly like Marceau’s famous character, Bip, in a distinctive French striped shirt and braces. Poésy, meanwhile, is riveting as Emma, demonstrating care and concern for the orphans but also a fixed determination for revenge.

Vica Kerekes, who plays their lively, likeable friend Mila, also gives an exceptional performance, especially when her character is captured by the Nazis and threatened with torture by Klaus Barbie (Matthias Schweighöfer). Barbie is a ruthless Obersturmführer whose inspection of a German cabaret sees him embody the Fascists’ hatred for not only Jews but also Gypsies and homosexuals.

Resistance has many good scenes, and the connections between the cast and the narrative of rescue, a dangerous escape and an arduous trek in the forests is compelling. It is in many ways a typical film about the French Resistance, but offers interesting insight into the young life of mime artist Marcel Marceau through his involvement with the movement.

He made a conscious choice to do some good rather than seek revenge, and this commitment saw him awarded honours from the French Government. After the war, he developed his performance skills in the “art of silence”, and those of us who were fortunate enough to see him on stage understand what an exceptional human being he was.