Martha Cooper (Marty to her friends and colleagues) is most definitely not comfortable with being seen as a legend. The New York photographer is, however, revered by the community she is now famous for documenting.

Martha: A Picture Story, directed by Selina Miles and produced by Daniel Joyce (of Adelaide-based Projector Films), focuses on the astonishing career of this “unexpected icon of the street art movement”.

As a young woman trying to break into a male-dominated profession in the 1960s, Cooper “just wanted to go take pictures in foreign places”. She joined the Peace Corps, took on a National Geographic internship (it had never had a woman) and worked at Rhode Island newspapers. At the age of 34 she moved to New York at just the right time to become the first female staff photographer at the New York Post.

Cooper fell in love with New York, as there was always something to photograph. The nature of her employment meant she was free to roam, spending large amounts of time in Alphabet City (Avenues A, B, C and D) at a time when high crime, unemployment and arson were the norm.

She photographed incessantly, capturing the life and movement of the city and revealing the poverty and soul of its inhabitants. She was fascinated by the endless creativity of children who had almost nothing but made their own playthings from whatever was at hand. 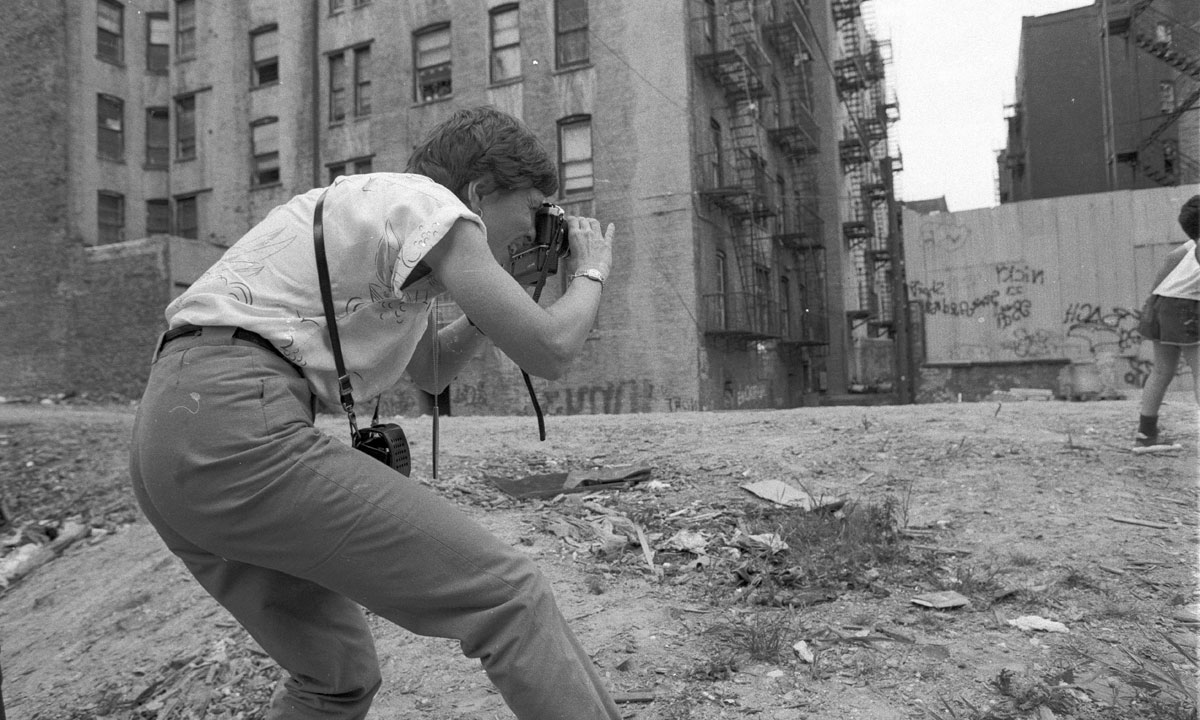 The relationships she developed with the young people on the street eventually led to an introduction to Dondi, “the king of graffiti writers”, and a visit to the railyard to watch crews work. From that point on she was obsessed, snapping shots of the painted trains (“rolling galleries”) and beginning to recognise names of the artists.

Cooper’s fascination with all aspects of the graffiti scene resulted in a collaboration with fellow photographer Henry Chalfant and the eventual publication of a book. To begin with, they had a competitive approach to documenting the city’s art and culture before agreeing to work together. Both were accepted on the scene, as it was obvious their interest was genuine. To Cooper and Chalfant’s dismay, sales of their book, Subway Art, fell well short of their expectations.

Fast forward 20 years. Akim Walt, a German publisher, contacted Cooper about using some of her images for a project on hip-hop. He was stunned by the size of her archives – she shared thousands of pictures; pictures that had been in storage as no one had shown interest in them when they were first taken.

The Hip Hop Files was a hit and the resulting book tour saw Cooper achieve fame across Europe, stunned to be getting the star treatment at the age of 61. As result, Subway Art was rediscovered and was finally seen by an audience that could appreciate the book’s significance as “the bible” of graffiti.

The film features the recollections of artists including Mare 139, Skeme, Doze Green and many others describing how they would try to “outdo each other with colour and style”, and how Martha earned their trust by asking permission before taking pictures and then returning to give them copies for their own collections. Brazilian artists OSGEMEOS (identical twin brothers Otavio and Gustavo Pandolfo) are emotional when describing the impact Cooper had on their careers. They’re not the only ones who give credit to the photographer for life-changing opportunities.

Martha Cooper is now lauded as the inspiration of a generation and a person whose work has changed visual culture across the world.

Since the 1970s she has captured not only the art but also the lived experience of New York’s diverse cultural groups, “photographing the corners of life which are often forgotten about” and creating a record of how people lived.

In today’s Insta-crazed society it’s hard to imagine that Cooper’s early work was unique, as she was one of the first professional photographers to capture images of this new type of art in context within the urban landscapes that were home to its creators. Her shots are now acknowledged as a permanent record of the vast numbers of rare and unusual artworks no longer in existence.

Today, Cooper is the director of photography for City Lore – the New York Center for Urban Folk Culture (she’s been with it since its inception in 1986) and, in her 70s, is as busy as ever.

In Martha, Sydney-based director Selina Miles – who developed a personal connection to the photographer while working alongside her documenting street art and graffiti around the world – has crafted an absorbing documentary from a blend of interviews as well as archival and contemporary footage showing Cooper accompanying urban graffiti crews. The writers are happy to include her on their missions, and she’s thrilled to be with them. Even though she’s sometimes mistaken for a grandmother, she’s accepted as one of the gang – focused only on her camera while “trying to keep up and get the picture”.

One of the director’s stated aims was to examine the way we document and broadcast our lives. In this the film succeeds, but it delivers so much more.

The wonderful Martha Cooper lives a life filled with purpose and passion. Her story will be rewarding viewing for lovers of graffiti and street art, and an intriguing introduction to the subculture for those who have yet to discover its energy and appeal. 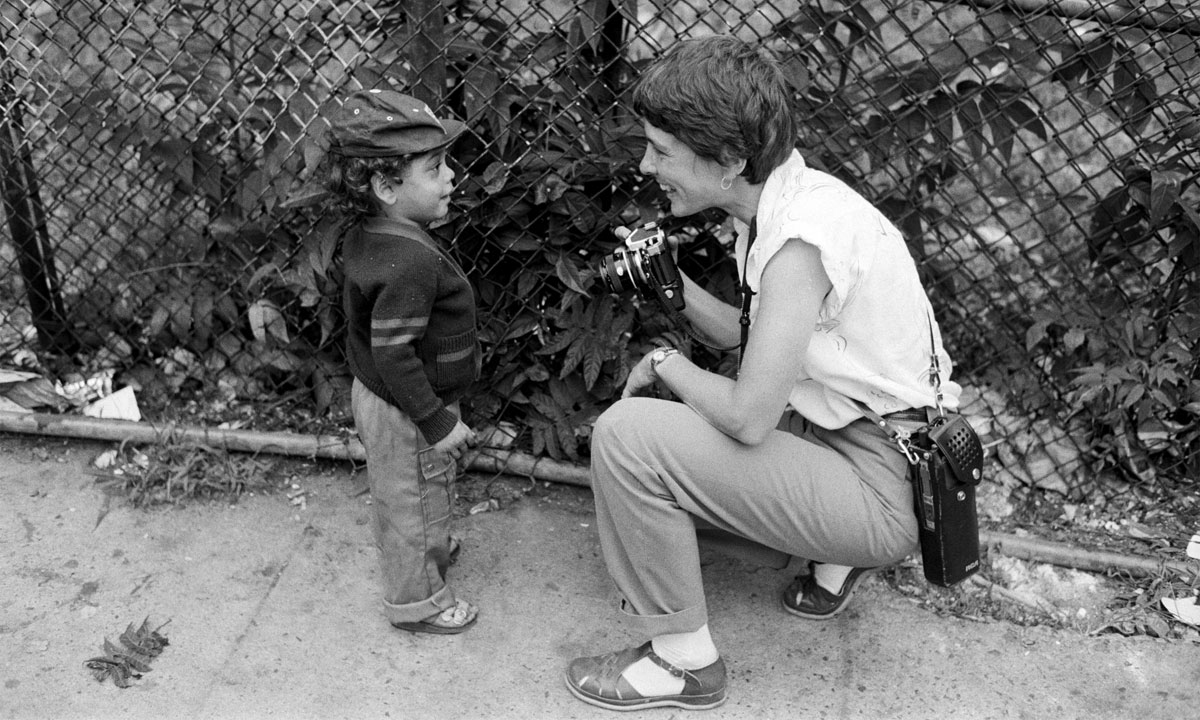 Martha Cooper with a young boy in New York in the 1970s. Photo: Dan Brinzac