Based on the 2008 terror attacks in Mumbai – and specifically events in the under-siege iconic Taj Mahal Palace Hotel – Hotel Mumbai had its Australian premiere last night, following a world premiere last month at the Toronto Film Festival.

Having been introduced to Maras, his co-writer, producers and cast members, including Dev Patel, Armie Hammer and Tilda Cobham-Hervey, around 1000 gala guests were ushered into the cinemas at GU Film House in Hindley Street for simultaneous screenings of the film, which, though filmed partly in Adelaide, immediately transports its audience to bustling Mumbai.

As a group of young men on a mission of terror arrive by small inflatable boat, scenes showing life in the city’s chaotic streets are juxtaposed with those highlighting the sumptuousness and extravagance of the Taj, where staff work tirelessly to cater for their VIP guests’ every whim.

The feeling of foreboding is already high as locals and tourists are shown going about their business on what they believe will be another ordinary day yet which turns out to be extraordinarily horrific.

When the terrorists launch their relentlessly brutal wave of attacks, the feeling of sheer panic, fear and desperation is intense – and it doesn’t let up for the full two hours of the film.

While today’s audiences could be forgiven for being somewhat inured to screen violence, the terror in Hotel Mumbai feels particularly potent. That’s partly because it is based on real events, but it can also be credited to clever direction, a taut narrative and slick cinematography; the viewer is made to feel like they are there with the hostages, and with each terrifying twist and turn, we don’t know who will live or die.

“Guest is God” is the hotel mantra, and throughout the siege dedicated hotel employees put their lives on the line trying to protect their guests. Stoic head chef Oberoi (Anupam Kher) leads the staff, while Patel (Lion, Slumdog Millionaire, The Best Exotic Marigold Hotel) gives a standout performance as waiter Arjun, whose courage under fire belies his fear that he might not get to see his pregnant wife and baby again.

Those caught up in the siege include American hotel guest David (Hammer, most recently seen in the acclaimed Call Me By Your Name), his wife Zahara (Nazanin Boniadi), their baby daughter, and nanny Sally (Cobham-Hervey) – whose experience is made even more horrific by the fact that they are separated when the terror is unleashed – but there are also less likeable characters, such as sleazy Russian businessman Vasili (Jason Isaacs). 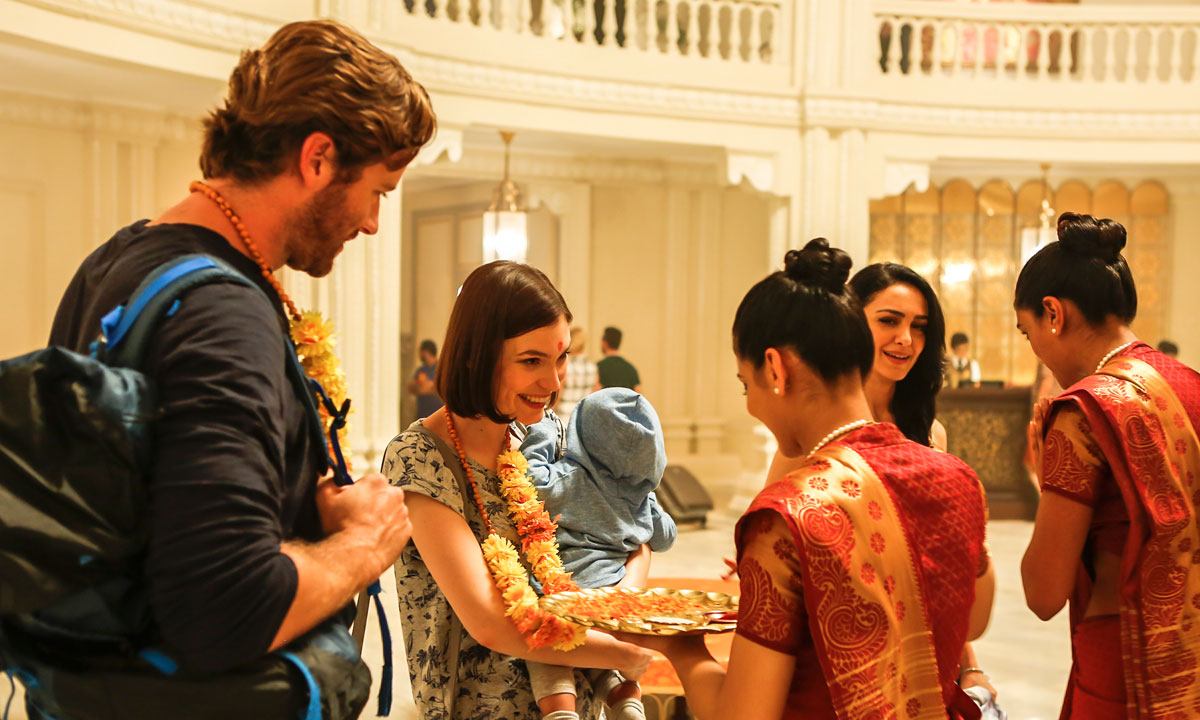 A total of 10 gunmen were involved in the Mumbai siege, and one of the most shocking things – aside from the fact that 164 people were killed and another 308 injured – is that it occurred over several days.

Hotel Mumbai offers a number of different perspectives, including from the police officers who were able to do little to combat the terrorists while they waited many long hours for special forces to arrive. Although the terrorists are callous killers who believe fervently in their mission, glimpses are also offered of their naivety and vulnerability.

Given its strong themes and unrelenting violence, Hotel Mumbai might be considered a brave choice to open a film festival, but it is an excellent film: a powerful, edge-of-the-seat thriller. And undeniably harrowing.