The Yuletide spirit is more or less upon us, which means it’s almost time to binge-watch some cinematic Christmas classics.

Not to mention the perennial holiday favourite Love, Actually.

But if the darker stuff is more your bag, baby, you’ll be seeking out some nastier – and probably more obscure – fare, whose deep red hues are more Dario Argento than St Nicholas-inspired.

The likes of Silent Night, Deadly Night, perhaps. Or Black Christmas (the original, of course, not the 2006 remake).

Or recent entries to the canon such as Rare Exports or Krampus.

To those can now be added Better Watch Out, a less-than-festive offering from Chris Peckover, the US director who made genre waves with his 2010 debut offering Undocumented.

While set in stereotypical American suburbia, the film was actually shot in Sydney – and features a young cast of emerging Australian stars. Thrown into this mix are a pair of well-cast cameos, with Oscar nominee Virginia Madsen (best known to genre aficionados from her star turn in 1992’s Candyman) and Patrick Warburton (a comedy veteran destined to be forever remembered as Puddy from Seinfeld) playing a not-so-happily-married couple who head to a Christmas Eve shindig, leaving their precocious pre-teen son Luke (Levi Miller) in the capable hands of no-nonsense teen babysitter Ashley (Olivia DeJonge).

Luke, as he makes clear to his lapdog pal Garrett (Ed Oxenbould) in an opening dialogue ripe with adolescent objectification, is carrying a torch for Ashley – and, given she is imminently moving away, this could prove his last chance to show her how he really feels.

Cue creepy POV shots from outside the house and things going bump in the night. 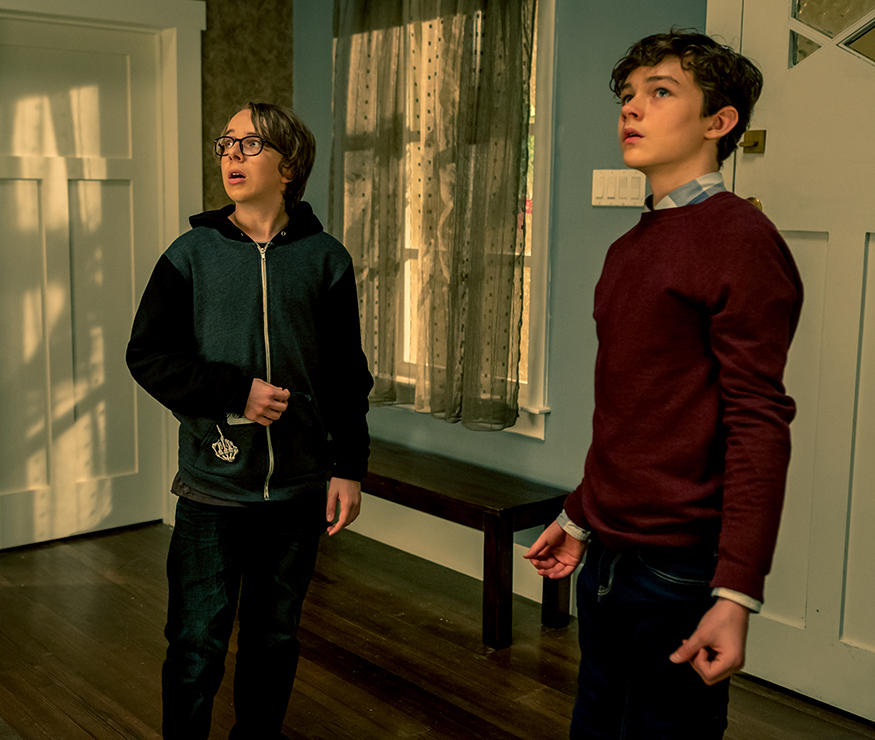 Garrett and Luke get into the festive spirit. Photo: Rialto Distribution.

But what starts out as an entertaining but fairly routine home invasion thriller a la Them or The Strangers soon turns into something rather more like (OBSCURE SPOILER ALERT) Let’s Go Play at the Adams’, the neglected 1974 cult novel by Mendal Johnson.

If you haven’t read (or heard of) it, all the better – for Better Watch Out is a film best enjoyed for its various twists and turns, many of which happen relatively early in the piece, shunting the narrative into a compellingly-nasty new direction.

The young ensemble is slyly cast, and manages to strike the right balance between the bloodletting and the black comedy.

It’s a hip, neat and nasty little spin on the Yuletide horror which, while it doesn’t exactly recreate the subgenre, is nonetheless a welcome and worthy addition to the creepy canon, and one you can add to your ever-growing list of festive fright flicks.