First-time feature film-makers and co-directors Ben Howling and Yolanda Ramke bravely break away from many of the standard tropes we’ve come to expect of the zombie apocalypse, with the result being a beautifully shot, suspenseful film with unexpected depth.

The film opens with a small family of three motoring down a remote river in an attempt to avoid an unspecified contagion. Husband and father Andy (Martin Freeman) soon finds himself on a quest to protect his infant daughter Rosie after his wife Kay (Susie Portman) is infected.

Information on the virus and context of the outbreak are cleverly drip-fed, but one significant element is that from point of infection to total zombification (although the z-word is never actually used), the victim has 48 hours of lucidity. When Andy is bitten by Kay, the countdown begins and he has two days to find a suitable foster carer for Rosie.

Andy loads Rosie into a backpack and hikes into an outback landscape locals will recognise as Adnyamathanha country around the Flinders Ranges, Nepabunna and Leigh Creek. Eventually he crosses paths with a young Indigenous girl, Thoomi (brilliantly played by Simone Landers), who is caring for her father Willie (Bruce R Carter) as he succumbs to the grisly virus.

One of the strengths of the film is the unspoken certainty of there being no cure. There is no race to develop antibodies or a silver-bullet fix. Andy and all the infected, staggering unfortunates have zero chance of survival and peripheral characters behave accordingly in a world where civilisation is suddenly a historical concept.

None exemplify this more thoroughly than Vic (Anthony Hayes). This thoroughly reprehensible character is exploiting the disaster and setting himself up for the future by seizing and hoarding resources of all descriptions, even a woman (Caren Pistorius). He’s just waiting until the infection runs its course, biding his time by shooting then looting the corpses of zombies after luring them with fresh human bait.

Another significant point of difference to traditional zombie fare is the focus on indigenous community and spirituality. Thoomi is self-sufficient out in the bush, and the rest of her community, guided by Cleverman (David Gulpilil), is caring for their country using ceremonial methods to clear the sickness, which they consider linked to the over-exploitation of natural resources and general moral and social decay. 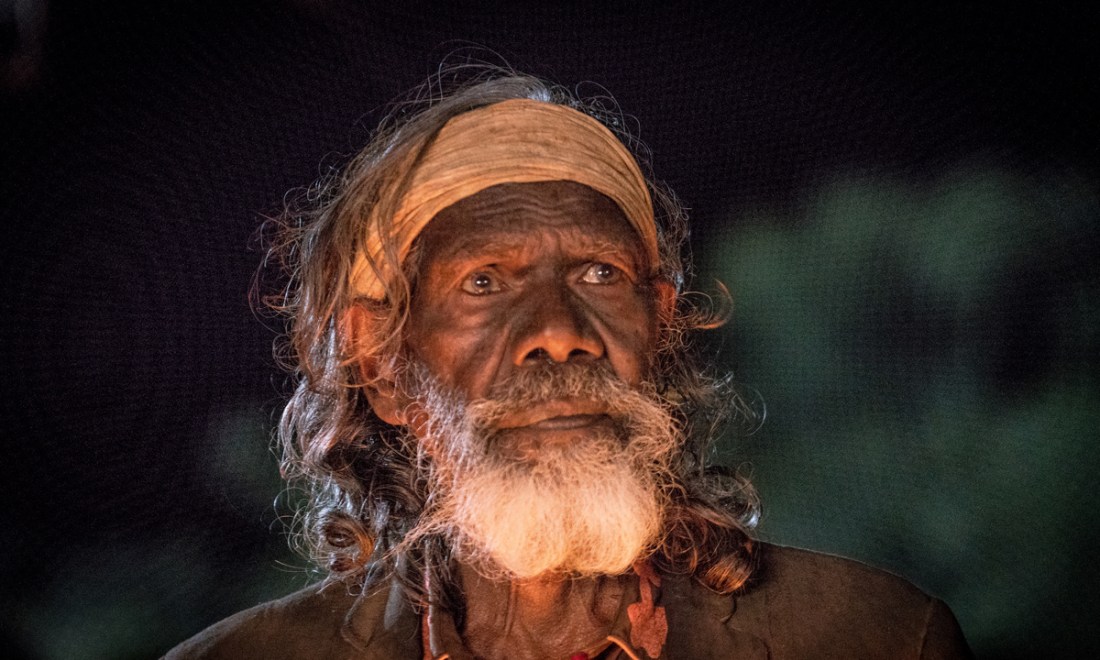 Cinematographer Geoffrey Simpson (Shine) does brilliant work capturing the isolation of the characters as they hike through the sun-drenched landscape. The drone footage, in particular, conveys this to great effect.

In essence, Cargo is a film about what it means to be a good parent, yet it also tackles far more unusual and challenging themes such as Aboriginal perspectives, white guilt and the potential for reconciliation. It’s this originality that sets the film apart and makes it such a fresh, thought-provoking and particularly Australian take on traditional zombie fare.

There are no further scheduled screenings of Cargo during the Adelaide Film Festival. For more festival stories and reviews, click here.