The Summation of Force VR is described as a virtual reinterpretation of a moving-image work by Adelaide photographer couple Trent Parke and Narelle Autio currently on display at the Samstag Museum.

Shot at night and created in partnership with filmmaker Matthew Bate of Closer Productions, it uses sport as a metaphor for “the game of life” and is the culmination of a project involving Parke and Autio’s two sons, one film camera and hundreds of hours of backyard cricket.

Adelaide Film Festival director Amanda Duthie says the VR version was commissioned by the festival and will be the highlight of the October 5 opening-night Digital Carnivale event at the Tonsley Innovation Precinct.

“It’s such a clever and amazing work,” she told InDaily.

“The VR, which is fully immersive and 360, will be with new material, extending the narrative of the Summation of Force. So it’s not just seeing the images that you saw at Samstag on flat screen as 360 elements, it’s the next stage on from that.”

The Digital Carnivale opening night will be more of a cabaret-style event rather than the usual theatre experience, and will also feature a “sideshow alley” where guests can get a sneak peek at other new screen works, sample a hologram and play a game.

The full program for the October 5-15 festival is released today and comprises 142 films, including 23 world premieres and 40 Australian premieres.

“It’s a really great slate of films this year – everything from emerging filmmakers to very experienced, and quite a breadth of subject matter,” Duthie says.

Among the world premieres will be Guilty, a “cinematic portrait” of the days leading up to the execution of Bali Nine drug smuggler Myuran Sukumaran. It is directed by Matthew Sleeth, who worked with fellow artist Ben Quilty running art classes with Sukumaran and campaigning to stop his execution; Matthew Bate was also one of the screenwriters. 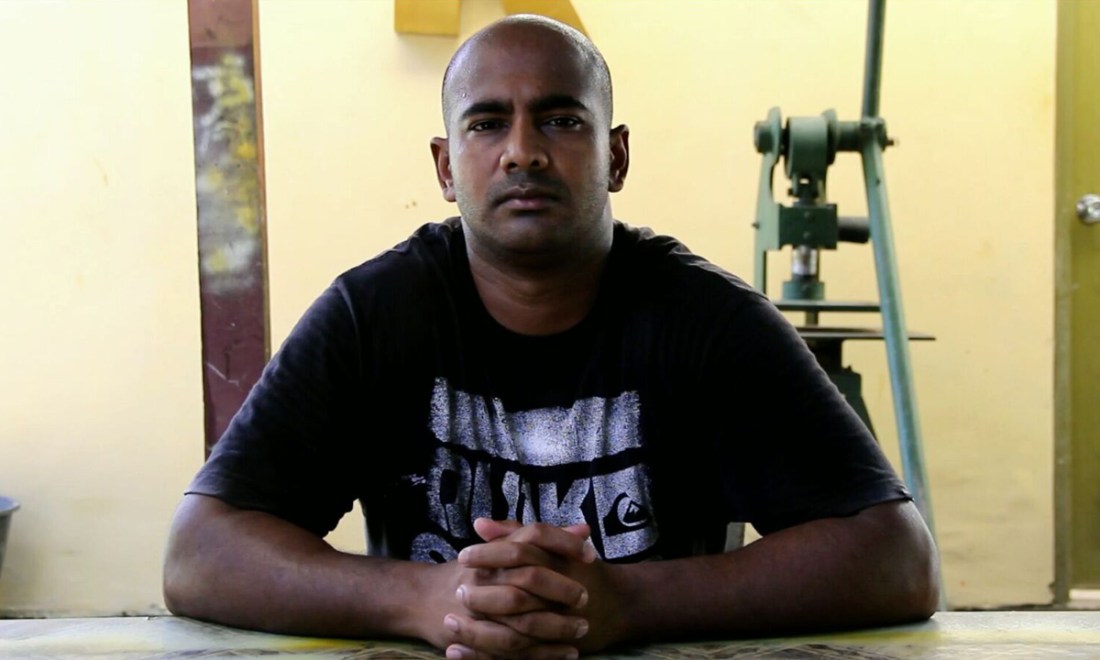 Myuran Sukumaran in the documentary Guilty.

Duthie says the film, which was supported by the Adelaide Film Festival Fund, handles a highly personal story with great sensitivity and respect.

“It is an extraordinary tale – he [Sukumaran] is such a compelling human, and the generosity of the family and all of the people who knew him is exceptional. I can’t wait for people to see this film.

“It’s such shocking subject matter … you can’t help but be moved by it.”

Festival-goers will be able to view more virtual reality works in a VR Lounge at the box office at GU Film House, including 10 international works vying for the inaugural AFTRS International Virtual Reality Award.

In line with the festival’s Vive Le Punk theme, the closing night film will be Bloodlight and Bami, a documentary about music icon Grace Jones made by filmmaker Sophie Fiennes. Featuring footage of live performances and candid moments of reflection, it is described by Duthie as “an intimate portrait of an extraordinary artist”.

“I think there’s a beautiful poetry to it … we start with the spirit of punk and then close out the festival with this extraordinary diva, so it felt like the right closing night spectacular.”

Other highlights Amanda Duthie nominates from the program include:

Making a Mark: Director Richard Jasek’s documentary chronicling the first year of the Ramsay Art Prize, currently showing at the Art Gallery of South Australia. “It’s in tribute to [philanthropist] Diana Ramsay and the extraordinary and absolute necessity of having such generous souls funding and enabling such great work to be made.”

Jill Bilcock: Dancing the Invisible: A documentary about Melbourne-based film editor Bilcock, whose credits include Strictly Ballroom, Muriel’s Wedding and Moulin Rouge. “For anyone who loves screen culture and getting to know the behind-the-scenes process, the creative process of how these stories are told, this is an extraordinary tale.”

Dolphin Man: A visually stunning portrait of famous free diver Jacques Mayol. “It’s an examination of how far we can push the body without any sort of medical or medicinal intervention… there is a special VR presentation of that as well, so you will feel very immersed in Dolphin Man’s world.” 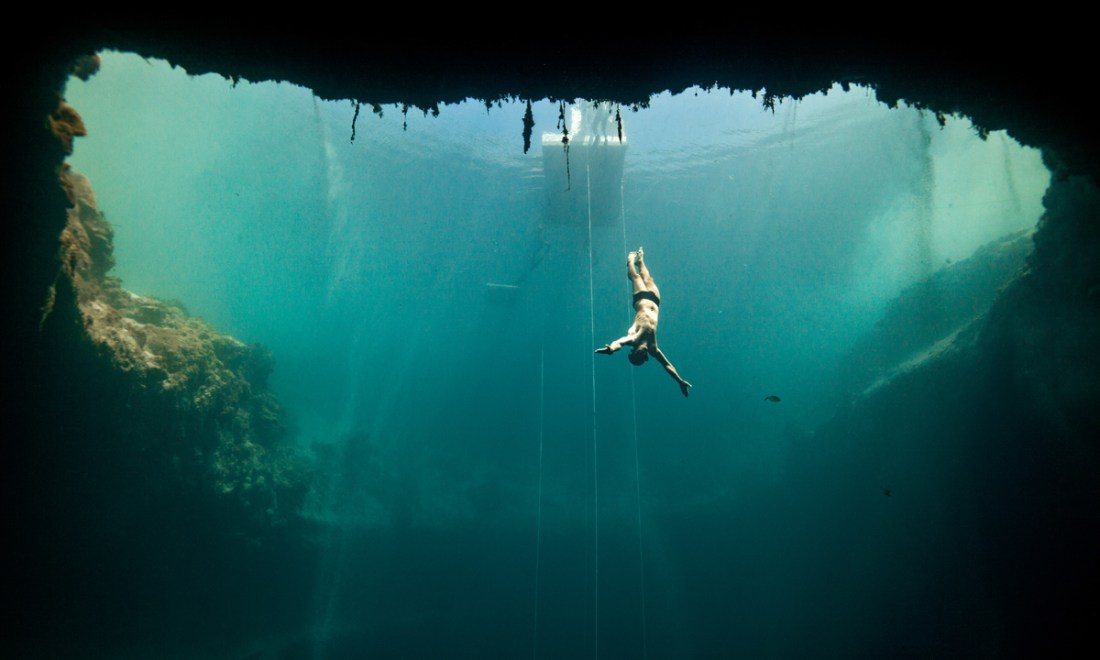 Free diving in the Bahamas – from Dolphin Man.

A Field Guide to Being a 12-Year-Old Girl: The ABC-commissioned directorial debut of young Adelaide actress Tilda Cobham-Hervey (52 Tuesdays, Girl Asleep). “It’s utterly divine … 12-year-old girls are fascinating and the range of girls Tilly has brought into this film is really, really special.”

How to Talk to Girls at Parties: A feature film starring Nicole Kidman, Elle Fanning and Matt Lucas. “A little bit of punk, a little bit of sci-fi – it’s on theme for the Viva La Punk Adelaide Film Festival.”

Pecking Order: “For anyone who is a bird fancier, this is a very funny, very charming New Zealand film about the Christchurch Poultry, Bantam and Pigeon Club.”

The Adelaide Film Festival’s home this year is at GU Film House in Hindley Street, with sessions also taking place at the Mercury Cinema, Palace Eastend and a pop-up festival hub in Port Adelaide. Running alongside it will be the tech-based event Hybrid World Adelaide,  at Tonsley, from October 4-8.