It was in the wake of international success for Australian films by directors such as Peter Weir, Fred Schepisi, Gillian Armstrong, Bruce Beresford and George Miller that the idea of Hicks’ award-winning movie Shine started to take shape.

“It was a story that simply wouldn’t let me go,” he says of a chance encounter with David Helfgott, the exceptional Australian pianist who almost made it big on the international stage.

A decade of writing, researching and raising money to tell the story followed, after Hicks and his wife, then fellow Flinders graduate Kerry Heysen, met Helfgott at a comeback concert in Adelaide.

“To have made one film in my life that people have related to on that scale is a tremendous privilege and I am incredibly lucky to have been able to do that,” he says. 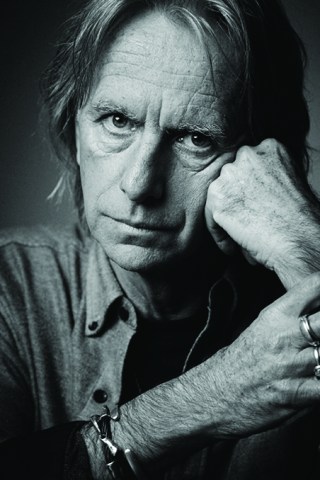 Ten years after the meeting, Shine was released to global acclaim and Hicks began on his path to Hollywood. The 1996 film was nominated for seven Academy Awards, including two for Best Director and Best Original Screenplay, with Geoffrey Rush winning Best Actor.

“It opened up enormous opportunities which have been quite fantastic to pursue.”

“Making films in America is completely different,” he says. “You can work with wonderful actors which you previously might only dream about, such as Anthony Hopkins and Max von Sydow.”

It was while studying a Bachelor of Arts at Flinders University in the 1970s that the world of film opened up for Hicks.

“I’ve never had a proper job – I’ve always worked as a filmmaker,” he says.

“I never imagined you could make a living from filmmaking – it just seemed the most fun thing to do.”

Born in Africa and educated at a UK boarding school from the age of nine, Hicks came to Adelaide in his mid-teens, enrolling at Flinders at the age of 16.

“I was audio-visually illiterate, with hardly any experience of television or film, and enrolled in drama only because it combined well in the timetable with English,” he recalls. 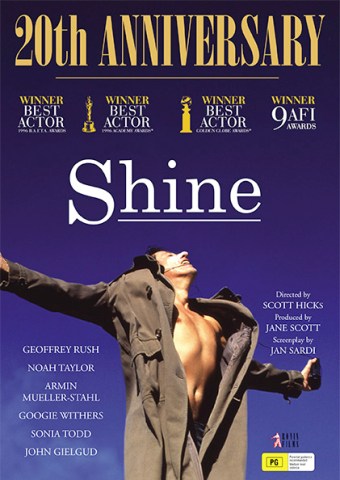 “I thought I would just read a few plays and it would be straightforward, but unbeknownst to me there was this topic hidden in the curriculum called filmmaking and that was it. That’s how I became a filmmaker [and screenwriter].”

Hicks will take part in a conversation and Q&A session with Flinders University creative arts senior lecturer Dr Nick Prescott at the Art Gallery of SA’s Radford Auditorium on October 20, to be followed by a special screening of Fred Schepisi’s Devil’s Playground. To register, go here. Prescott is a weekly film reviewer for the ABC, and has written on both literature and the cinema for numerous publications both in Australia and overseas.

Scott Hicks, who received an honorary doctorate from Flinders in 1997, and Kerry Heysen-Hicks are among the collection of talent in the Flinders Creatives Exhibition on show at Flinders University on Saturday, October 15, as part of SpringFest 2016. 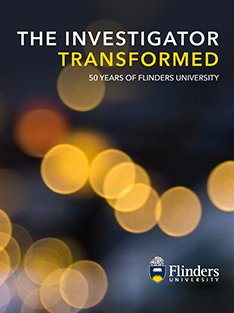 The souvenir picture book, The Investigator Transformed, can be purchased on the Flinders 50th Anniversary website.