A hint of the intense sensory experience to come is felt, quite literally, from speakers installed strategically along the ram which ticketholders shuffle along to enter the purpose-built, 1000sqm Illuminate Pavilion on Rundle Road. The industrial thrum and pulsing bass beats transmit through your feet and up into your body, building a feeling of anticipation familiar to anyone who’s ever been to a DJ club night.

As we enter the pavilion, signs summarising what to expect in each of the five “chapters” comprising this show are arranged along the short corridor leading to main area.

The first chapter, Wisdom of AI Light, takes the work of Leonardo da Vinci and other Renaissance artists as a starting point; Poetic AI, the second, processes more than 20 million texts from scientific pioneers such as Galileo and Einstein; Data Monolith riffs off archaeological discoveries made at Göbekli Tepe, a Neolithic site in the south-eastern Anatolian region of Turkey; Dark Machine is the result of Ouchhh Studio’s collaboration with Machine Learning Scientists at CERN (the European Organization for Nuclear Research), taking data from the Hadron Collider’s exploration of sub-atomic particles, and the final chapter, Datagate, uses observations of cosmic bodies made by the Kepler telescope over its three-and-a-half-year journey in outer space, and is the outcome of a collaboration with NASA.

We are offered earplugs as we arrive in the vast central space with its 8m-high ceiling and all-white floors and walls, reminiscent of 2001: A Space Odyssey. The sheer volume of the audio when the projections begin is on the cusp of overwhelming, although it is also what makes the show so intense and immersive, along with the visuals that are projected over the enormous walls, across the floor and over the audience. 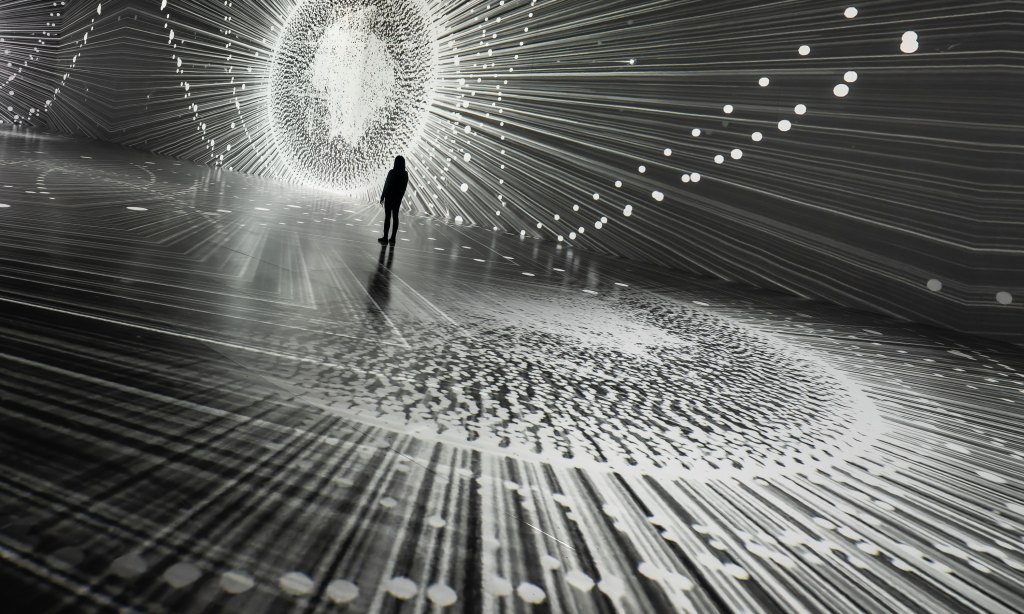 The entire audio-visual sensory experience is a trippy, alternative-world experience, as if the audience is embedded inside a monumental display of CGI.

The visuals are hypnotic and beautiful, sometimes threatening; dots of white explode outwards, words and numbers strobe and flash past at great speed; computer-generated grids and lines melt and morph into ancient granite walls and crumble and reassemble into metallic, alien shapes, all of this accompanied by a series of industrial and melodic soundscapes.

The projections occasionally switch off for brief moments, revealing the blank walls and floor in a shock of blazing white, as if to remind the audience that this is only a temporary virtual world. 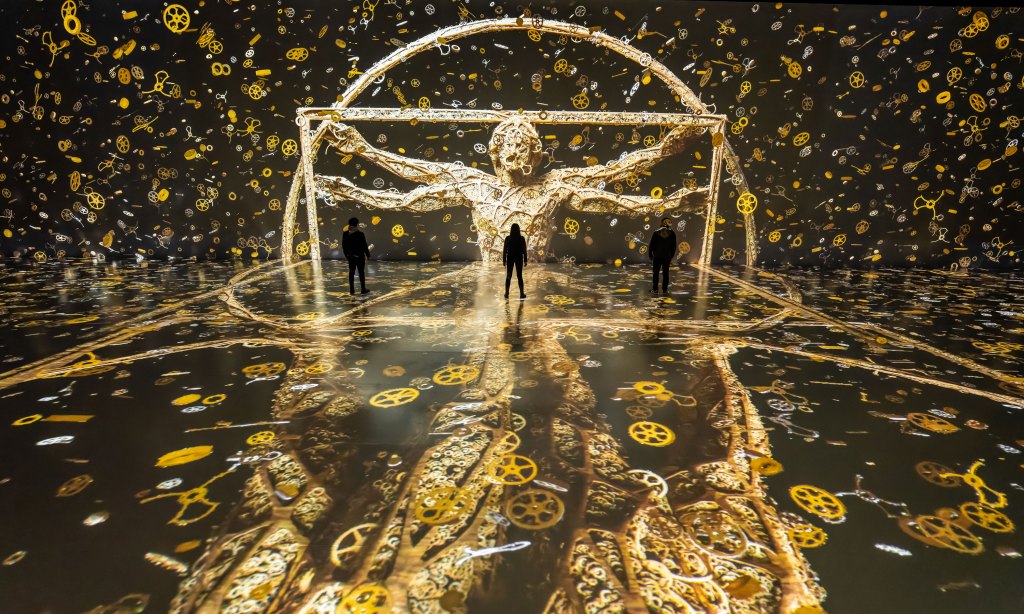 Ouchhh Studio fed artificial intelligence with millions of data sets, and the first chapter presents an AI response to 20,000 paintings by more than 300 artists, resulting in 15 billion “brush strokes”, best described as CGI forms that flow and ripple off the original works.

Leonardo da Vinci’s Vitruvian Man morphs into a mass of turning cogs and wheels that fly off into a black void; the iconic Mona Lisa, and other works by da Vinci and fellow Renaissance artists melt into thousands of bubbles of colour that swirl across the walls and floor like water before reforming into strings that wave like fronds of sea grass, all this accompanied by Italian musician and composer Ludovico Einaudi’s lush piano melodies in a multi-sensory, textural feast.

This journey begins with the Renaissance, explores the texture of a prehistoric human settlement, enters the world of sub-atomic particles and travels to outer space. 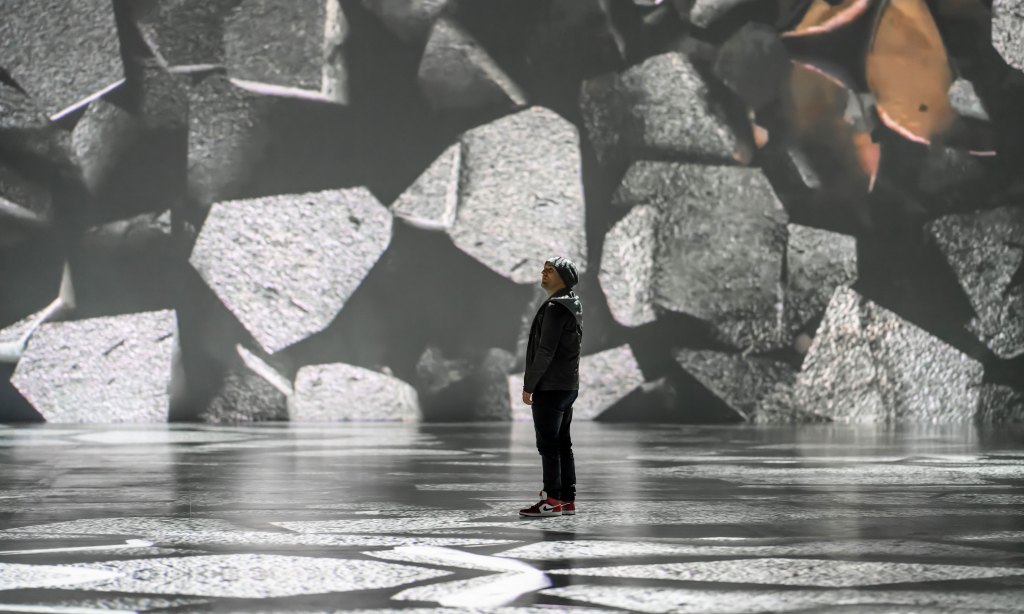 While the show is awe-inspiring and the technology impressive with its fully surrounded audio-visual experience, it feels a bit like a Disneyland ride in Future World and there is less focus on Renaissance art than the pre-publicity seems to suggest. Wisdom of AI Light is nevertheless an enjoyable, memorable and impactful show that will no doubt be attended by thousands, and is a suitable highlight for Adelaide’s most luminous winter festival.

Wisdom of AI Light is being presented as part of Illuminate Adelaide at the Illuminate Pavilion on Rundle Road until July 31. Read more Illuminate stories here.