Yes, he has tripped on psilocybin and sat in ayahuasca circles for the ritualised taking of the psychedelic used mainly by indigenous South Americans in the Amazon basin – you vomit first, then the trip starts – but Pollan’s main drug of addiction proved to be caffeine. Discussing his new book, This is Your Mind on Plants, which followed his bestseller on the use of psychedelics, How to Change Your Mind, Pollan said giving up for three months all forms of caffeine, a supposedly benign everyday drug, was the hardest thing he had done.

“The first week was just miserable; I didn’t have the headaches and flu-like symptoms that some people have but I felt muzzy, I felt like a veil had fallen between me and the world,” Pollan told the audience in the Pioneer Women’s Memorial Garden via a video link to San Francisco.

“The interesting thing was, I didn’t feel like I was myself, and that is really curious.”

He was faced with the realisation his default self was a caffeinated one, and had been since he was young, and that without his drug he was duller, foggier and at a remove from reality. The reassuring warmth of the first coffee of the day was just the feeling of staving off withdrawal.

“The reason we feel good is not that we are getting a giant lift or dopamine hit from it, it’s because the symptoms of withdrawal are alleviated and that feels really good and you feel like you’re back to baseline.”

There was no moral point to the experiment, just the same scientific and literary curiosity that drove Pollan’s investigative forays into other drugs. Once he knew what was going on, he took up coffee again, and loves it, so much so it was worth giving it up just for the sheer pleasure of starting again.

“If you have no caffeine in your system, that first cup is pretty powerful and really wonderful. I mean, I felt euphoric, I felt really powerful, I felt like I had all this energy,” he said.

Pollan says our understanding of addiction is steeped in propaganda, and reliance on drugs is tied to environment and circumstances. So, while 40 per cent of American troops were addicted to heroin while serving in Vietnam, all but 10 per cent quietly got off it when they returned home.

“It was context-dependent; they needed it during the war and they didn’t need it when they got home, most of them. So, could that be true, that people who live in places of abject misery are more likely to use drugs and get addicted? Yes, I think so.”

Pollan believes drugs like psilocybin and MDMA are on the verge of becoming more widely available for the treatment of mental disorders and for people facing end-of-life diagnoses, but he also argues for their use and availability for the betterment of those who are well.

Pollan is not alone in hoping the renaissance of psychedelics is not restricted to use by the mentally ill. He said the state of Oregon next year will make psilocybin therapy available to anyone over 21 who wants it, and other states are looking at doing the same. As well, the US already has two legally operating ayahuasca churches that used the drug for spiritual practice, and it is likely that psilocybin and LSD churches would follow. 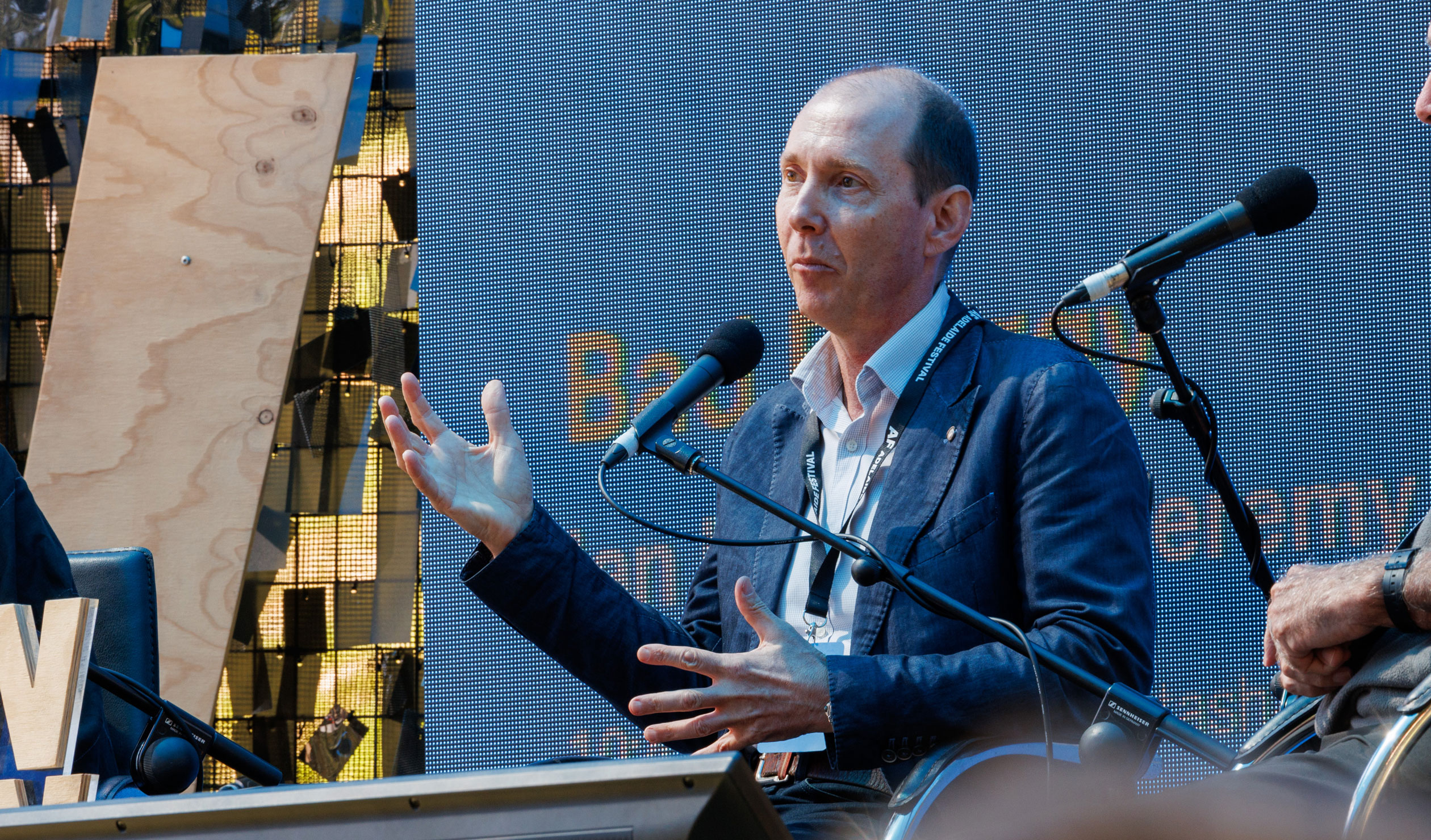 On stage earlier in the day, Australia was called a wrecker of international negotiations on climate change who kept company at climate treaty talks with the likes of Russian President Vladimir Putin. In a session on Bad Energy, University of NSW climate justice academic Jeremy Moss said people often thought of Australia as a nice place full of lovely people, but the idea fell apart when came to its energy policy.

“When you attend international climate events, Australians are the bad guys,” said Moss, author of Carbon Justice. “In global climate negotiations, the people we side with are people like Vladimir Putin, the government of Russia and Saudi Arabia. We combine with those countries to thwart effective global action on climate change.”

Moss said the current international crisis in the Ukraine and the global opprobrium towards Putin should remind Australia to keep better company and raise its standards in fighting climate change.  He said Australia’s per capita greenhouse emissions were one of the worst on earth and the rate doubled when emissions from fossil fuels Australia exported were taken into account.

“In the past we have regarded exporting coal as an economic activity for which we have no moral responsibility. But we are morally responsible for the emissions that are associated with the export of fossil fuels.”

He said Australia could not be serious about action on climate change or achieving net zero emissions while continuing to export vast amounts of fossil fuels. “Those two things just cannot go together and I think it is the great scandal of Australia’s contribution to climate change.”

On stage with Moss was Ian Lowe, AO, environmentalist, academic and the author of Long Half-life, who said the nuclear industry was unsafe and international nuclear safeguards had been steadily eroded in relation to sales to third parties and bans on enriched uranium. 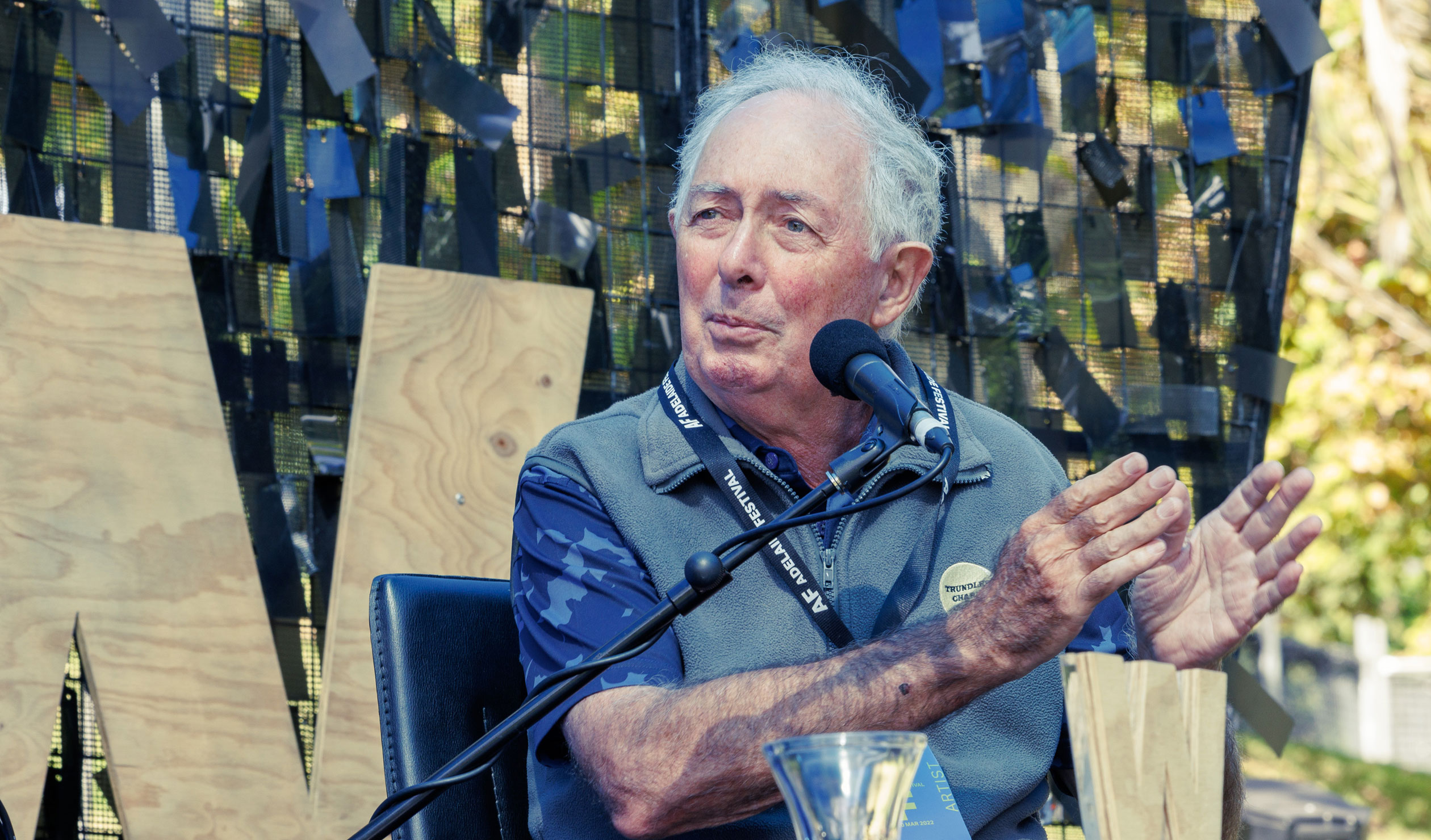 Lowe said even a conventional weapons attack on a nuclear power station like that seized by Russia in Ukraine could cause unimaginable consequences that lasted thousands of years.

He was also pessimistic about Australia’s commitment to nuclear-powered submarines and the unforeseen – and undiscussed ­– dangers that it holds.

“The latest mad thought bubble by our Commonwealth Government that we should have nuclear submarines – I mean the idea that you would put a nuclear reactor in a fighting ship you know the enemy will try and destroy,” Lowe said. “The radiological consequences of a nuclear submarine being destroyed are just unthinkable.”