Wudjang: Not the Past: Bangarra Dance Theatre’s latest ambitious work promises to be a highlight of the 2022 Adelaide Festival, featuring 17 dancers, five actors and four on-stage musicians in an epic “contemporary corroboree”. Wudjang: Not the Past is deeply rooted in artistic director Stephen Page’s Yugambeh country, telling the story of an ancestor who longs to be reburied in the proper way. It is Page’s final production before he leaves Bangarra after more than 30 years, and received a string of glowing reviews when it premiered recently at the Sydney Festival. Festival Theatre, March 15-18.

The Defiant: I’m a sucker for a circus show with a dystopian bent, and this new production from Elena Kirschbaum (director of the award-winning Rouge) ticks all the boxes with a cast of top acrobats, a live rock soundtrack, and a theme that celebrates rebellion and the power of women and non-binary artists. Kirschbaum, who has defied the gender-based assumptions that often underlie casting choices, says the apocalypse in The Defiant is an allegory for many different kinds of challenges people face. Gluttony, February 18 – March 20. (Read an interview with Elena Kirschbaum here.)

Chicksal 500: An hour of “full-throttle” comedy with four top female comedians is the perfect tonic in these unpredictable times. The line-up for this show changes each week, but among those on the roster are Geraldine Hickey, Celia Pacquola, Cal Wilson, Claire Hooper and Nikki Britton. Last year’s Chicksal 500 was a non-stop laugh-fest… thanks to Hickey, I still can’t look at an agapanthus without smiling. The Garden of Unearthly Delights, February 22 – March 13. 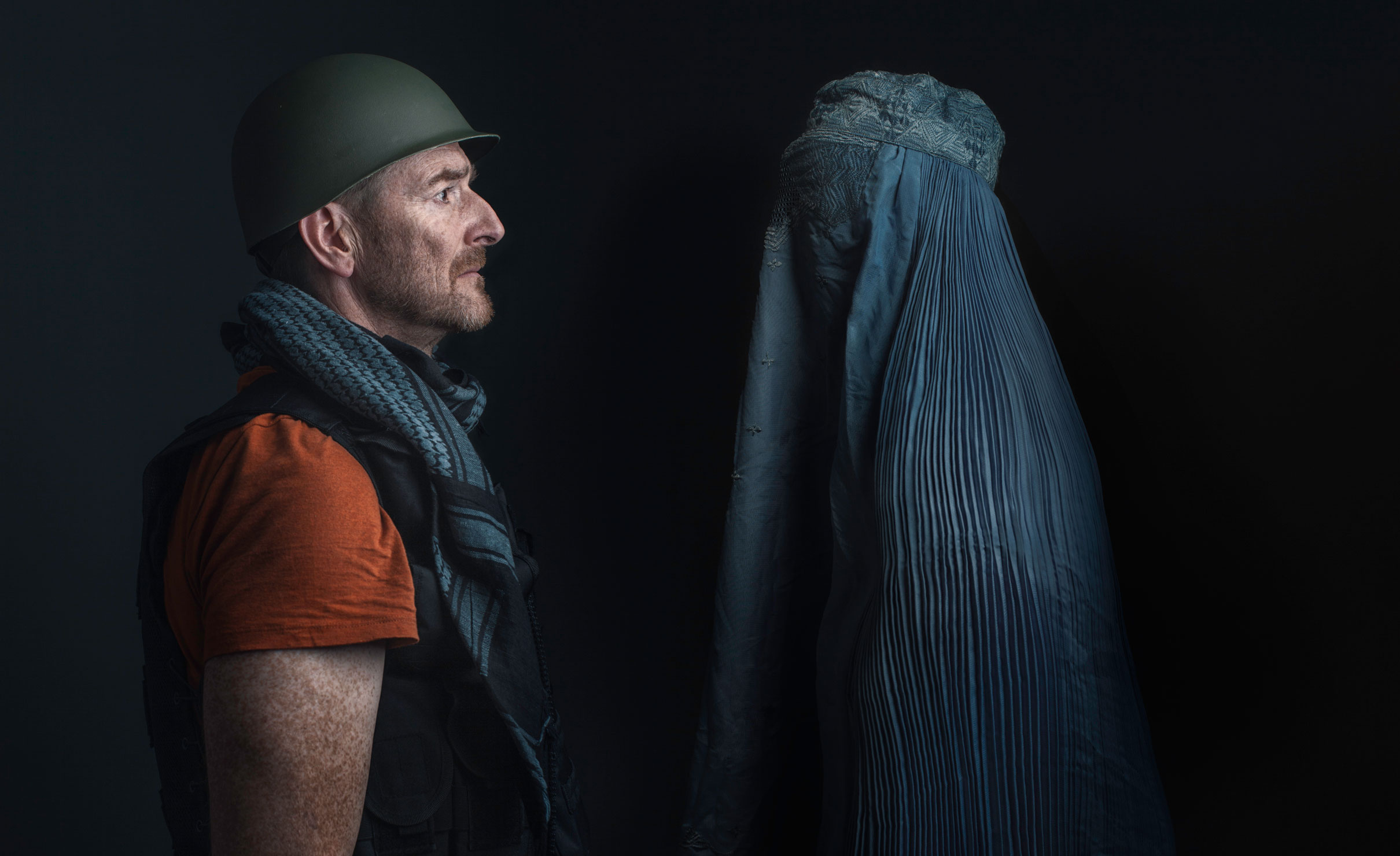 Henry Naylor in Afghanistan is Not Funny. Photo: Rosalind Furlong

Afghanistan is Not Funny: In recent years a highlight of Martha Lott’s Holden Street Theatres program has been the compact, vividly drawn monologues and two-handers by playwright Henry Naylor. Following from his “Arabian Nightmares” series, Afghanistan is Not Funny (his fifth work to perform at Holden Street, this time featuring Naylor himself) describes a trip to Kabul after 9/11 which jolted him from a career in stand-up comedy to writing outstanding drama about current geopolitics. Holden Street Theatres, February 15 – March 13. (Read an interview with Henry Naylor here.)

The Photo Box: Few solo performers are as singular as South Australian Emma Beech. From previous works, such as her Homage to Uncertainty, we know her latest Adelaide Festival commission, The Photo Box, will capture us with her elliptical narratives and bemusing wit. Dipping into a collection of snapshots from her past and present, Beech revisits her country town origins, her mother’s life, and now her own family – especially her five-year old-triplets. Space Theatre, March 3-7. 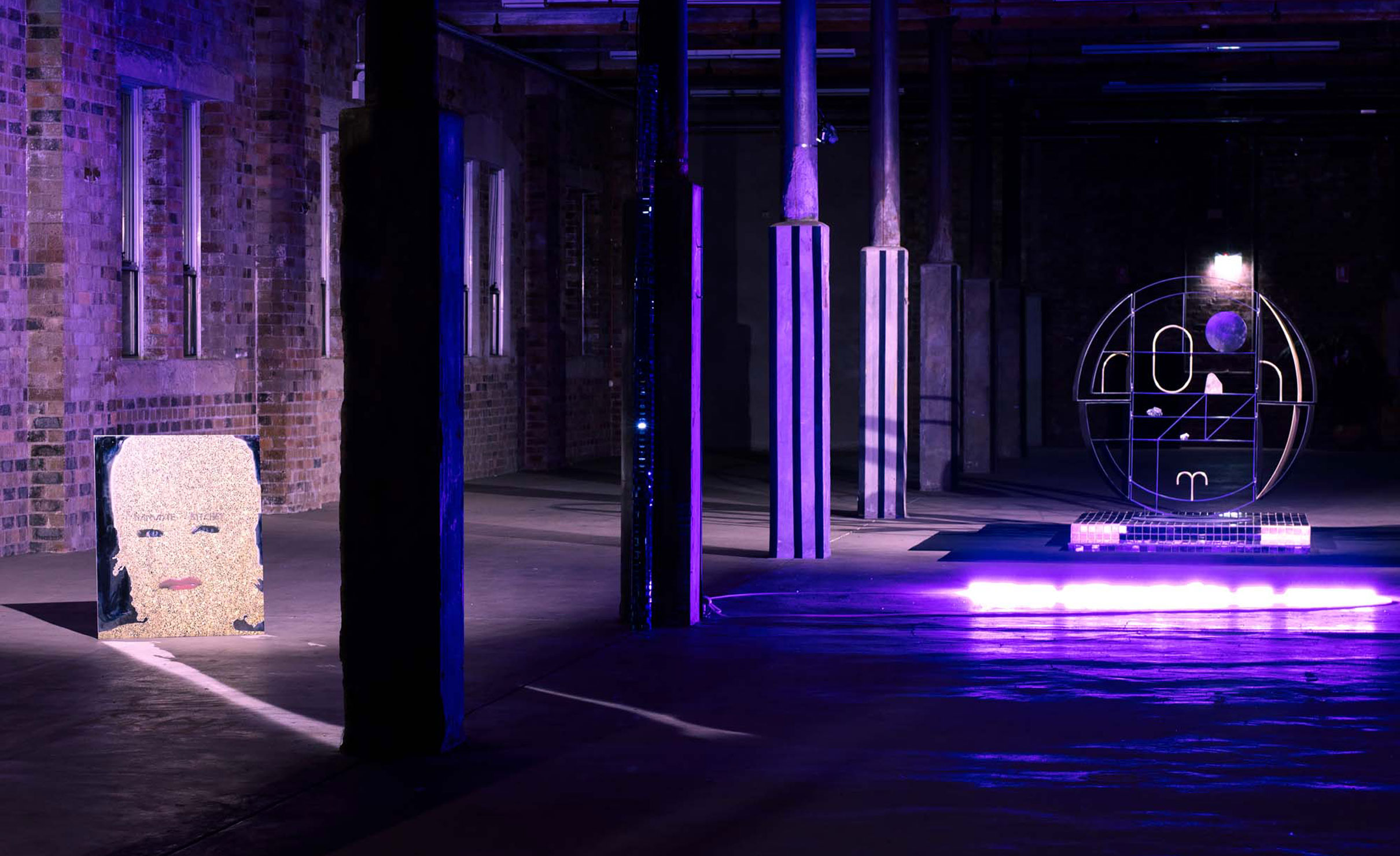 Adelaide Biennial of Australian Art: Free/State: The Biennial back! Work in a wide range of media by 25 artist provocateurs from every state, territory and generation are showcased in this latest iteration of the nation’s longest-running survey of contemporary Australian art, presented by the Art Gallery of SA. This fresh curation by Sebastian Goldspink promises diverse, transcendent, and perhaps even transformational perspectives on our turbulent and uncertain times. AGSA, March 4 – June 5.

Manifesto: With nine dancers, nine percussionists and nine drum kits, multiple-award-winning Australian choreographer Stephanie Lake’s latest project, Manifesto, isn’t going to be playing small. A follow-up to her much-lauded and monumental work Colossus, Manifesto is described by Lake as an “explosive tattoo to optimism”. This is an Adelaide Festival premiere guaranteed to be an exhilarating and unforgettable performance. Dunstan Playhouse, March 17-20.

Dancing Monsters Community Procession: Come as you are – as a musician, or as a monster that protects important places and communities. This Fringe event is an invitation to revel in “post-anthropocentric ways of being” and a joyous celebration of liminal spaces. The procession will cross the Birkenhead Bridge as one season makes way for another on the eve of the equinox. Let the wild rumpus start! Departs from Gallery Yampu, Birkenhead, March 20.

Lucy Haas-Hennessy is presenting the solo work Autoeulogy during Fringe.

Autoeulogy:  This sci-fi tragi-comedy by Adelaide playwright and performer Lucy Haas-Hennessy was eerily prescient back when it premiered in 2020 and she’s reconfigured it in the light of all the end-of-the-world drama we’ve endured since. An original, solo work by local talent exploring isolation and post-pandemic life? I’m intrigued! The Breakout at the Mill, March 15-20.

The Nightline: As a chronic insomniac and sucker for the nostalgia of using a rotary-dial phone, I can’t wait to sit down, pick up the handset and listen. This intriguing show promises delicious eavesdropping on the thoughts, rants and ravings of my sleep-deprived comrades from around Australia, collected and artfully arranged by Roslyn Oades and Bob Scott. Corner of Playhouse Lane & Gilles Arcade, March 6-20. (Read our interview with Oades here.)

Michelle de Kretser at Writers’ Week: Adelaide Writers’ Week always keeps my diary packed, and this year I’ll be strapped in from the very first session, with the brilliant Michelle de Kretser kicking off the program. I’ve just finished her latest novel, Scary Monsters, and I can’t wait to hear her discuss it. Lisa Taddeo, Jennifer Down, Charlotte Wood and Christos Tsiolkas are also at the top of my must-see list. Pioneer Women’s Memorial Garden, March 5-10. 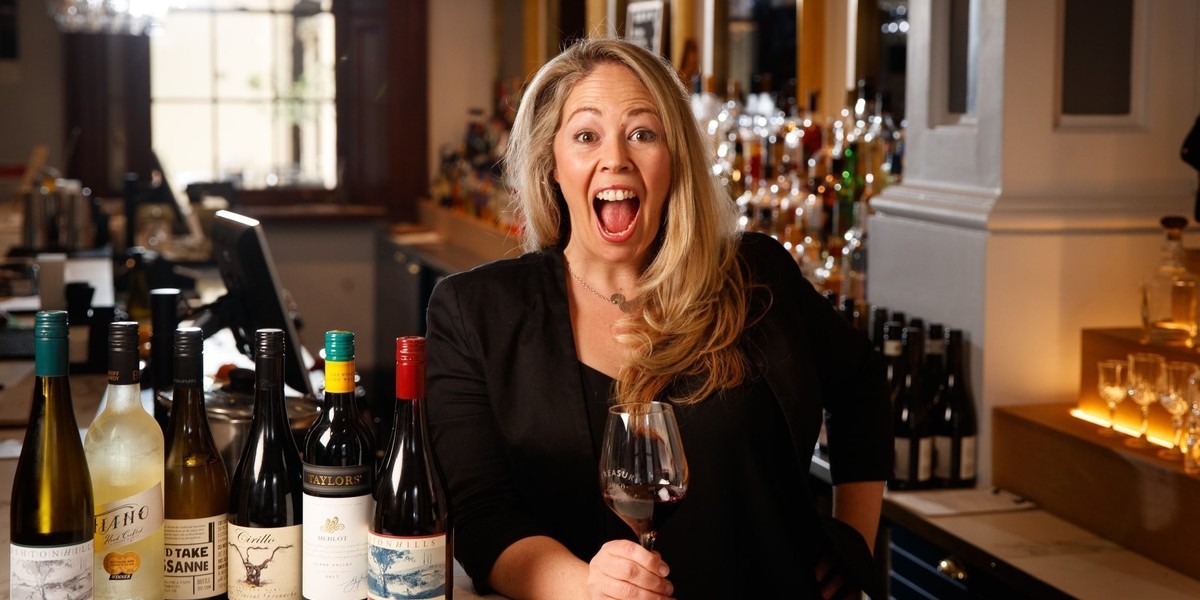 How to Drink Like a Wine Wanker will serve up a wine flight with a difference.

How to Drink Wine Like a Wanker: Using a wine tasting trajectory as a storytelling device is an ingenious premise for a Fringe show. In How To Drink Wine Like A Wanker, Anna Thomas shares her moving and humorous journey of self-discovery and pairs each chapter with a South Australian wine. Audiences are invited participate with a wine flight, creating an intimate, 4D storytelling experience. Treasury 1860, February 19 – March 6.

Sex and Death_ and the Internet: Intergenerational conversations can be enlightening, especially when sex and death are the subject matter. This Adelaide Festival interactive theatre work asks audiences to take a seat at a computer and converse – in a safe and private way – with an older stranger. Don’t worry, there are prompts to help keep the conversation going! The idea is that through this connection, we can share the load of that comes with ageing and isolation. Mystery CBD location revealed to ticket holders via email, March 9-20.

Trent Dalton at Writers’ Week: Dalton’s Love Stories is a warm, soulful book that offered respite for many readers towards the end of 2021. It is a collection of true stories from strangers in Brisbane’s CBD, all gathered by the “sentimental writer” himself. Dalton joins the talent at Adelaide Writers’ Week to share the personal experiences that inspired this book in what is sure to be a heart-warming conversation. Pioneer Women’s Memorial Garden – East Stage, March 9. 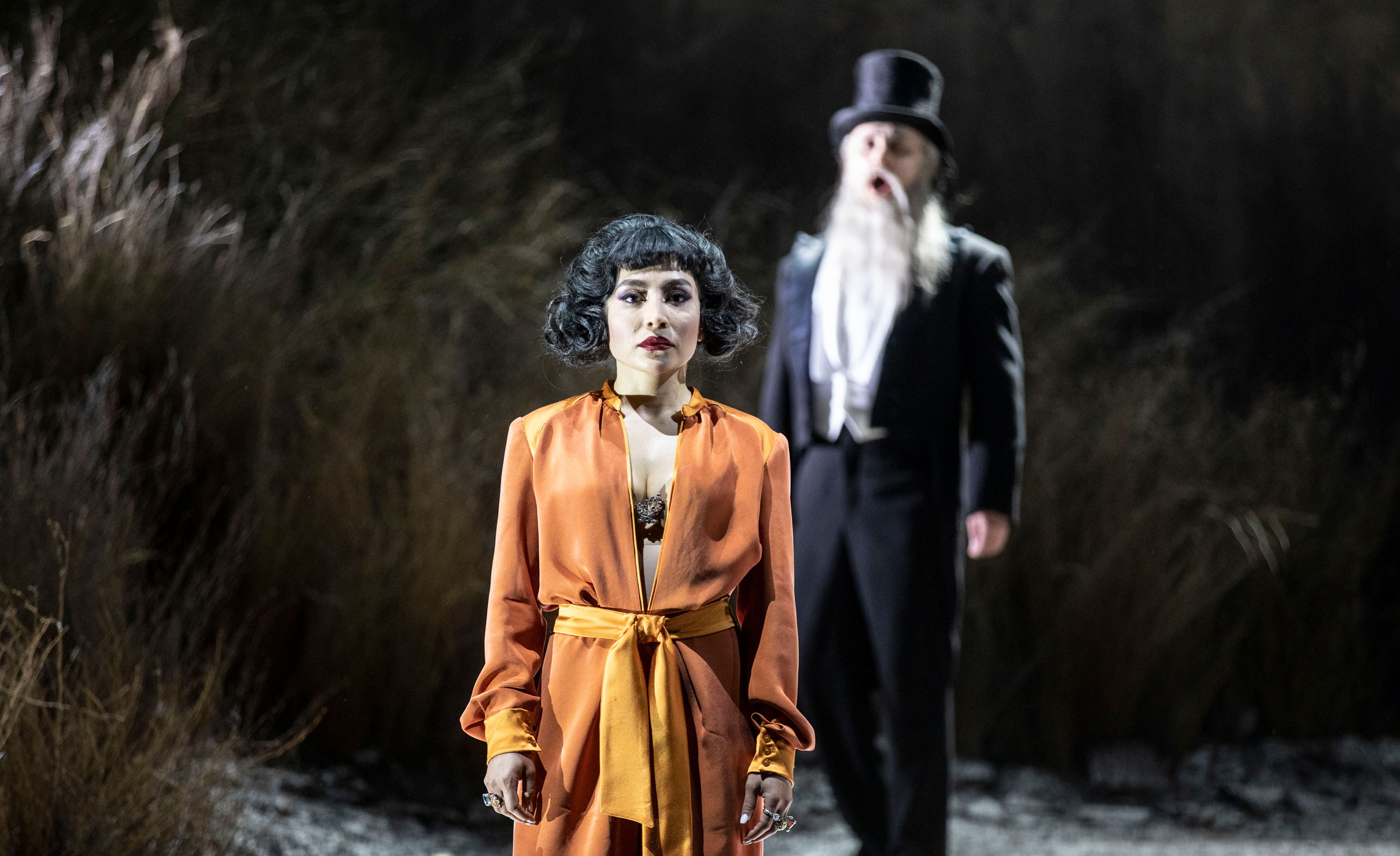 The Golden Cockerel: If there’s one thing about a Barrie Kosky production, it is how he makes operas so visually gripping and saturated with lurid psychology. So when he turns to Rimsky-Korsakov’s tale of the mad Tsar Dodon, we shouldn’t expect any wooden lessons in Russian history so much as a technicolour portrayal of his deluded mind. The Golden Cockerel happens to be gorgeous music, too. It’s bound to be a major talking point of this Adelaide Festival. Festival Theatre, March 4-9. (Read Graham Strahle’s interview with Kosky here.)

Watershed: The Death of Dr Duncan: Dr George Duncan’s drowning near the university footbridge five decades ago still casts a dark shadow and leaves many unresolved questions about justice. How much a newly composed oratorio can add to the picture remains to be seen, but Joseph Twist’s music and Neil Armfield’s direction could make Watershed an event that causes people to genuinely stop and reflect. Dunstan Playhouse, March 2-8. (Read our preview of Watershed here.)

Resonance: Chamber Landscapes: Sydneysiders have been enjoying Pinchgut Opera’s flavoursome productions of Baroque stage shows for 20 years now, and at last the renowned troupe comes to Adelaide. It will be a real challenge squeezing Handel’s Acis and Galatea into UKARIA’s diminutive concert hall, but even this “masque version” will be surely worth seeing. Unfortunately it is sold out, but hold out in case more performances are added. UKARIA Cultural Centre, March 11-14. 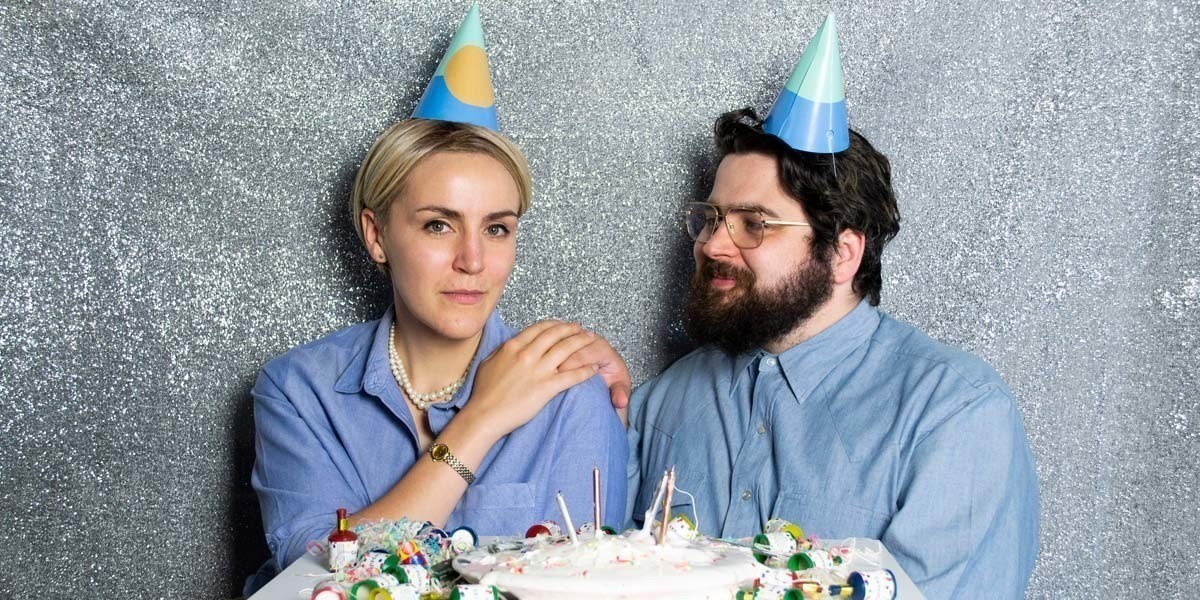 I’ve Got 99 Problems and Here is an Exhaustive List of Them: Ange Lavoipierre has been building an impressive body of work over the last five years at Fringe and I’m excited to see what she brings this year. For her 2022 show, the two-time winner of the festival’s Best Comedy Weekly Award promises a “beguiling display of self-pity” that offers a perfect escape from ourselves. Catch this highly original comedian before she breaks into the mainstream. Gluttony, February 18-27.

Alice Fraser: Chronos: Another comic who has done the hard yards, Alice Fraser is a deft hand at satire. She has recently appeared on a number of comedy specials and podcasts, but has stayed true to her trademark eccentric material. Chronos – an ode to the warping of time – sounds the perfect mix of well-crafted and bonkers. Rhino Room, March 1-5. 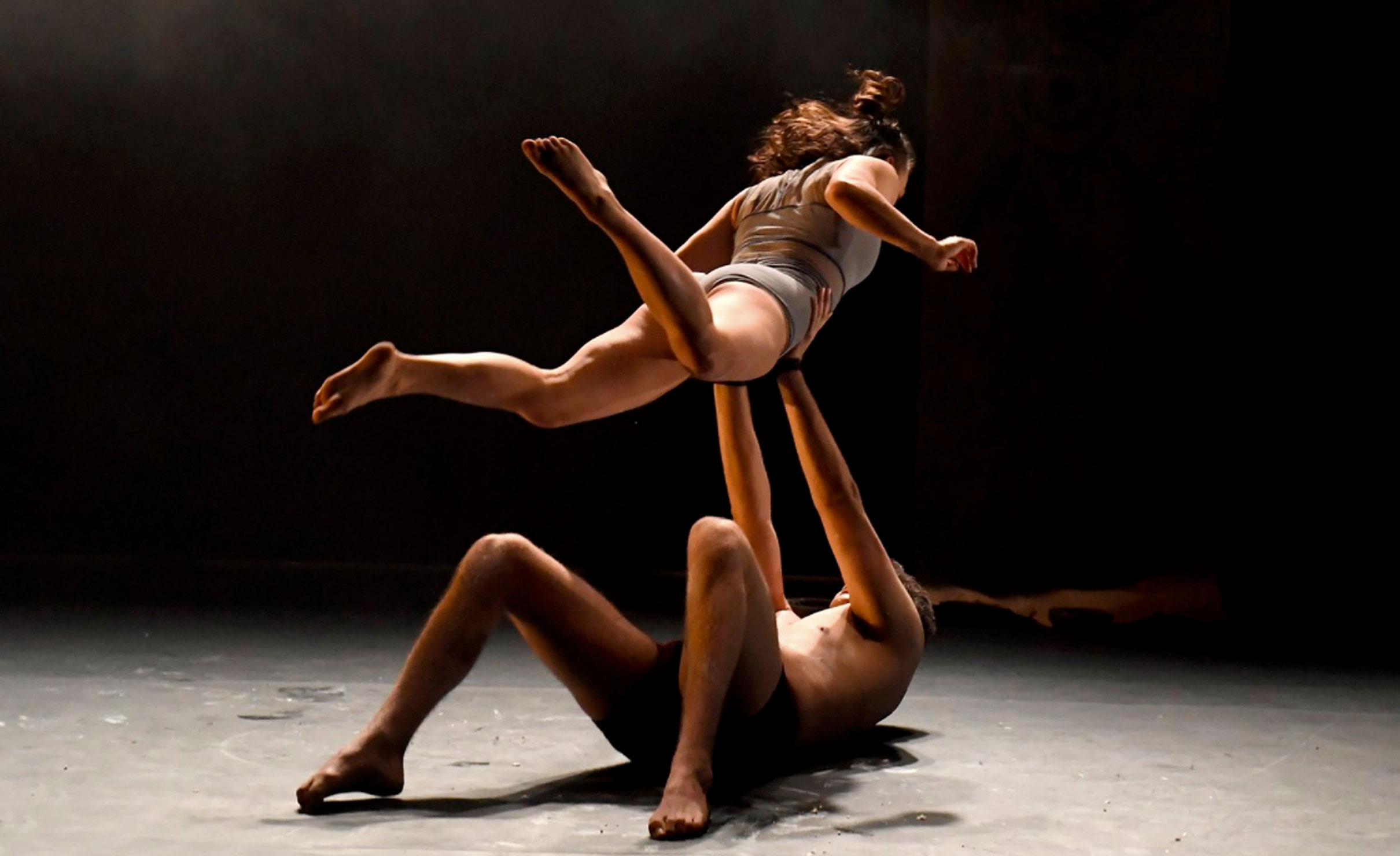 Na Djinang Circus is coming to Gluttony for Adelaide Fringe.

Common Dissonance: I’ve been hoping to catch a Na Djinang Circus show for a while now so I’m excited to see it as part of the Fringe this year. It’s a First Nations-led company that combines traditional and contemporary circus performance with Indigenous dance and ritual, so I’m really looking forward to seeing this innovative and unique show. – Gluttony, February 18-20, 22-27 and March 1-6.

Voices: I’m really intrigued by this show. It’s one of those Fringe longshots that sounds worth taking a punt on. It’s a re-imagining of Louisa May Alcott’s Little Women that incorporates some of the “darker aspects” of the author’s life. I’ve long been fascinated by LMA – she was such a fearless and outspoken feminist, a real pioneer of her time – so the opportunity to view Little Women in the light of the enormous challenges LMA faced in real life is one I’ll be grabbing. – Tyndale Theatre, March 4 & 5, 11 & 12.

Once and Future: Adelaide Writers’ Week is always a Festival highlight and it’s looking particularly good this year. A standout session for me is Once and Future, where poet, editor and Bundjalung descendant Evelyn Araluen, and Jazz Money, a poet and artist of Wiradjuri heritage, are interviewed by Natalie Harkin, a Narungga woman and activist-poet from South Australia. That’s three outstanding poets on the same stage! Expect to be captivated, challenged and inspired by their whip-smart insight and lyric excellence. Other Writers’ Week sessions I’ve earmarked are The Reckoning, with Jess Hill and Grace Tame; Kathryn Heyman, talking about her fabulous book Fury; the very excellent Anthony Doerr on Cloud Cuckoo Land; Jane Caro and Debra Oswald talking about strong female protagonists, and Lucia Osborne-Crowley on the impact of trauma on the body. – Pioneer Women’s Memorial Garden, March 5-10.

Adelaide Fringe runs from February 18 to March 20. Adelaide Festival is on from March 4-20.