Classically trained pianist Chen has been acknowledged with international awards and was the first Australian artist selected for official showcase at the world’s largest classical music conference Classical:NEXT in Rotterdam 2018.

Before she appeared with her piano and other instruments on this night, Indigenous trio Ngangki Warra (Women’s Voice) performed, bringing the appreciative audience to its feet to clap and stomp along with them.

Chen then took centre-stage against a backdrop comprising three full-height panels, the middle one featuring a large pale circle. This is the field for a changing display of Mario Radev’s images complementing the themes in her suite.

Chen manipulates various instruments, playing the piano (in a traditional way and also plucking inside its case), a kalimba (including scraping it), and a synthesiser. Some of the sounds are looped to provide background, and a laptop computer allows sampling as well. Altogether, there is the prospect of a bewildering variety of sources. Does it work well? It certainly does.

Destinations has a pronounced aquatic feel that clearly emerges from the compositions, whose watery motifs are reinforced by the projections. The titles of individual pieces in the suite also reveal that theme to those familiar with her work.

The first musical language evident emerges as plucked strings and gong effects with a decidedly Asian flavour. Against a low-level hum, there is a transition through almost normal piano sounds to an evocative landscape of different tonal qualities that are constantly and intriguingly modified. At times, they are quite clipped or muted, and include an effect redolent of a toy piano.

Innovation and exploration are pronounced aspects of Chen’s playing but, even when quite unusual, they never strike as experimentation for its own sake. The briefly employed backward-running tapes in “Shifting Time”, for example, fit the piece perfectly. 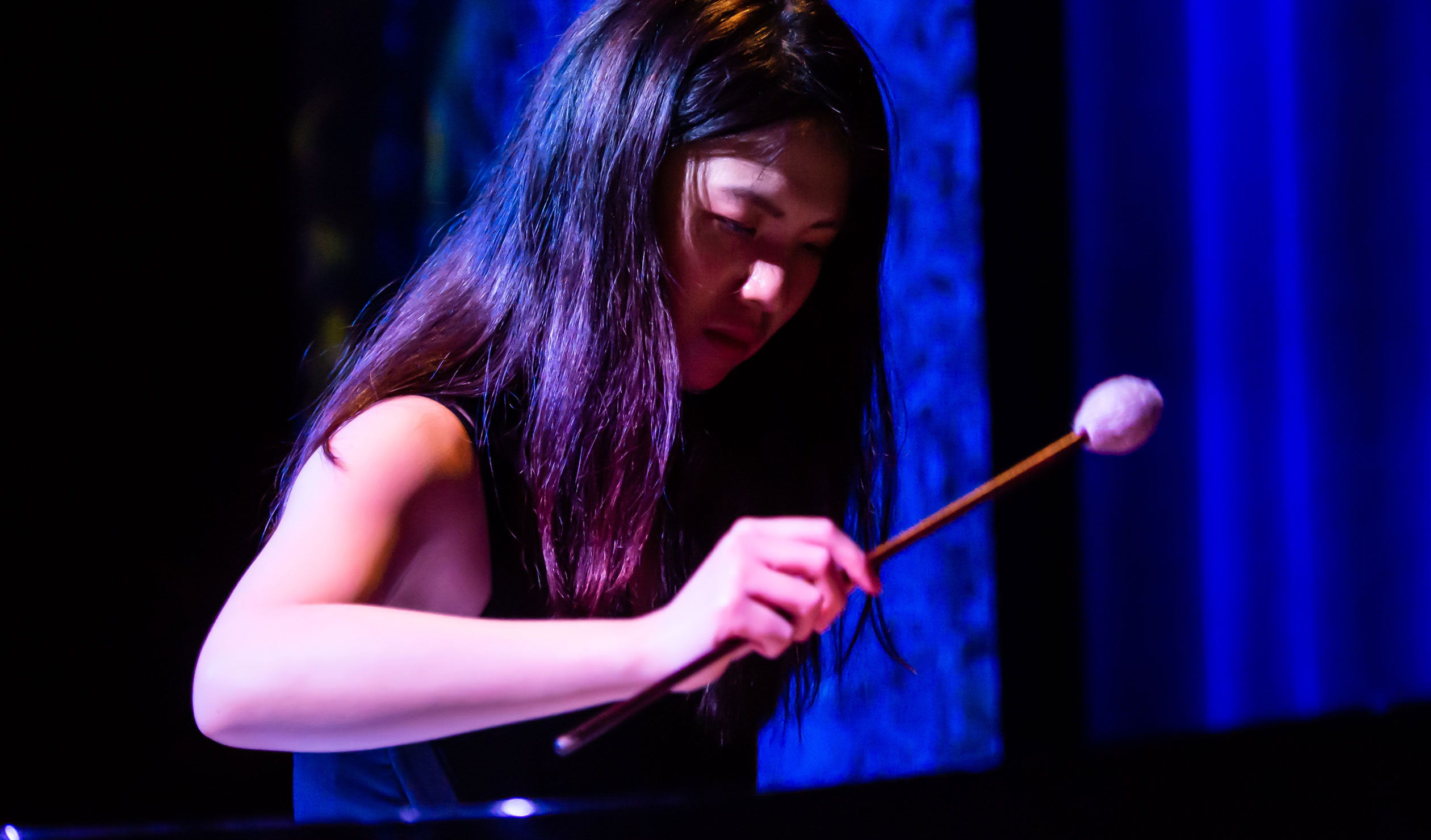 If it is not always apparent where one piece ends and another begins, that seldom matters. There is an impulse that sweeps the composition along in waves, and that term is fitting. Within a given piece, Chen might conjure rawness, complexity and increasing urgency before allowing it to subside into calm. It is beautiful craft.

Similar obvious water references occur in the repetitive modes of “Aquatics”, where layered sounds are at one moment like woodblocks and the next marimbas. The suite is definitely not just soothing ambient music, although there are such passages. A piece that begins sparely becomes the ground for spacey synthesiser tones soon spiked with a jaunty air. Perhaps a nautical jig reference?

All the while, that big circle above Chen continually changes, suggesting a yellow moon (a key feature in other elements of her work), and later a great golden lizard eye. The accompanying side panels shift through a range of natural aspects, including coral polyps and aerial views alluding to waves.

The final dramatic piece offers an exquisite embroidery of runs on the piano stitched over a repeated backbone phrase that shows Chen’s beautiful control of the instrument. It is full of flourishes and bass notes, mounting volume and drama that leads to a majestic close before the stage falls into darkness. A virtuosic performance.

Destinations was presented at Her Majesty’s Theatre for one night only as part of the 2021 OzAsia Festival.