Adelaide-based Valenzuela’s installations combine ceramics, drawing, painting and video, with his practice often referencing the socio-political situation in his home country of the Philippines and his adopted home of Australia.

Once bitten, twice shy was inspired partly by a mythical creature from pre-colonial Philippines called the Bakunawa and comprised three elements exhibited at the Art Gallery of South Australia and the Adelaide Botanic Garden’s Palm House and Bicentennial Conservatory during the 2020 Adelaide Biennial of Australia Art: Monster Theatres. Valenzuela has been exhibiting in Australia and overseas for two decades, including in the Australian Ceramics Triennale and the Jakarta Contemporary Ceramics Biennale.

As the 2022 SALA (South Australian Living Artists) feature artist, his work will appear on the cover of next year’s festival program and poster, and in the official 2022 SALA publication published by Wakefield Press. The 2021 feature artist was Roy Ananda, who presented work inspired by his pop culture fandom in two exhibitions at the Adelaide Central Gallery and AGSA.

Valenzuela was named as the next feature artist at an event last night in which the winners and finalists in the 2021 SALA awards were also announced.

Among the winners were multi-disciplinary artist Yoko Kajio, who won the $7000 City of Adelaide Incubator Award for her work as part of the immersive SA LA LA LAND group show at ARTHUR in Currie Street.

Maddie Grammatopoulos won the UnitCare Services Digital Media Award and $5000 cash prize for Which Made This Place Home – a work that merged moving image and installation, with a film projected on the wall and settings from the film re-created in the room. It was part of the Refractions SALA exhibition at Carclew.

The $1000 Don Dunstan Foundation Award, for artists whose work explores social justice themes, went to painter Tom Phillips for his exhibition at Main Gallery which focussed on the fear of loneliness, isolation and human struggles (Phillips featured in InReview recently as part of the In the Studio series). 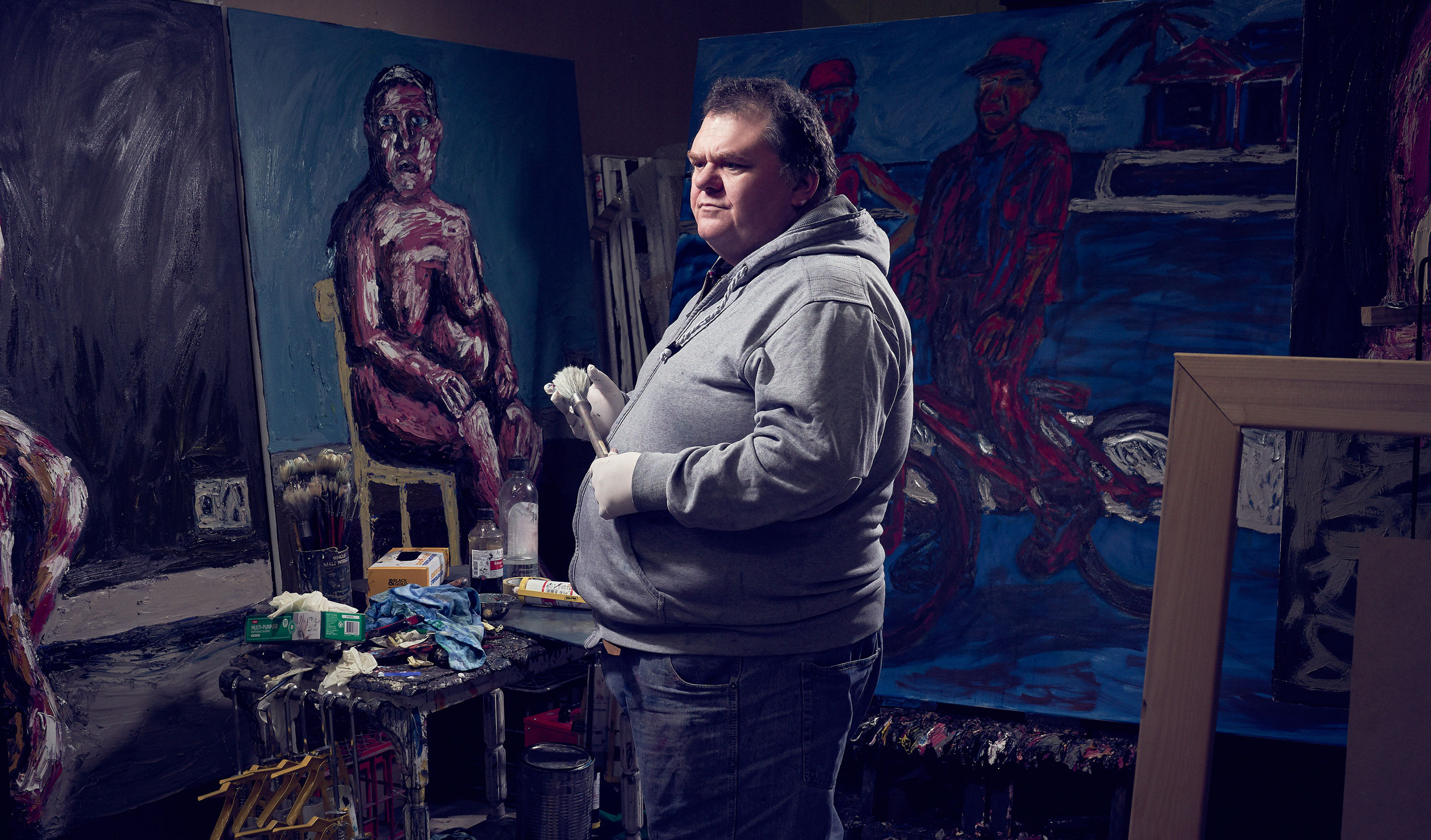 Tom Phillips with his latest paintings in his studio at praxis ARTSPACE. Photo: Aubrey Jonsson

“Our awards reflect the diverse artists in our community, artists of various ages and level of experience, working across different media,” says SALA Festival CEO Kate Moskwa. “We had a really high standard of entries this year and congratulate all artists involved.”

A record 9167 artists took part in more than 600 exhibitions across South Australia during this year’s festival. While the state’s brief lockdown affected the planned opening of some shows, a number of exhibitions were extended into this month, with some still continuing (see SALA website for details).