An announcement that two performers were unable to appear produced some sounds of regret from the audience but any disappointment was quickly swept away by the compelling performances that followed.

Flamenco blends gypsy music with Indian, Arab and Jewish influences, something evident in its popular melancholic (“cante jondo”) and happy (“cante chico”) singing styles. The guitar was a later addition, offering a range of moods and textures that can sit apart from the vocals or blend with them. Percussion, whether on some form of drum or on the body of the guitar, is a vital component, too. And, of course, there is the flamboyant flamenco dance, which expresses through the body what the music suggests emotionally.

Roshanne Wijeyeratne’s ensemble Compañía Alma Flamenca is a product of her own local dance school. At different times there were two or four of her highly accomplished dancers on stage, with several costume changes for new songs that emphasised extravagance and colour. They blended grace and power, shifting from fluid and sensuous gestures of the arms to abrupt and fiery staccato steps that had a hint of menace or, at least, restrained energy. The mesmerising synchrony of their performance underlined their expertise at conveying elegance and tension. 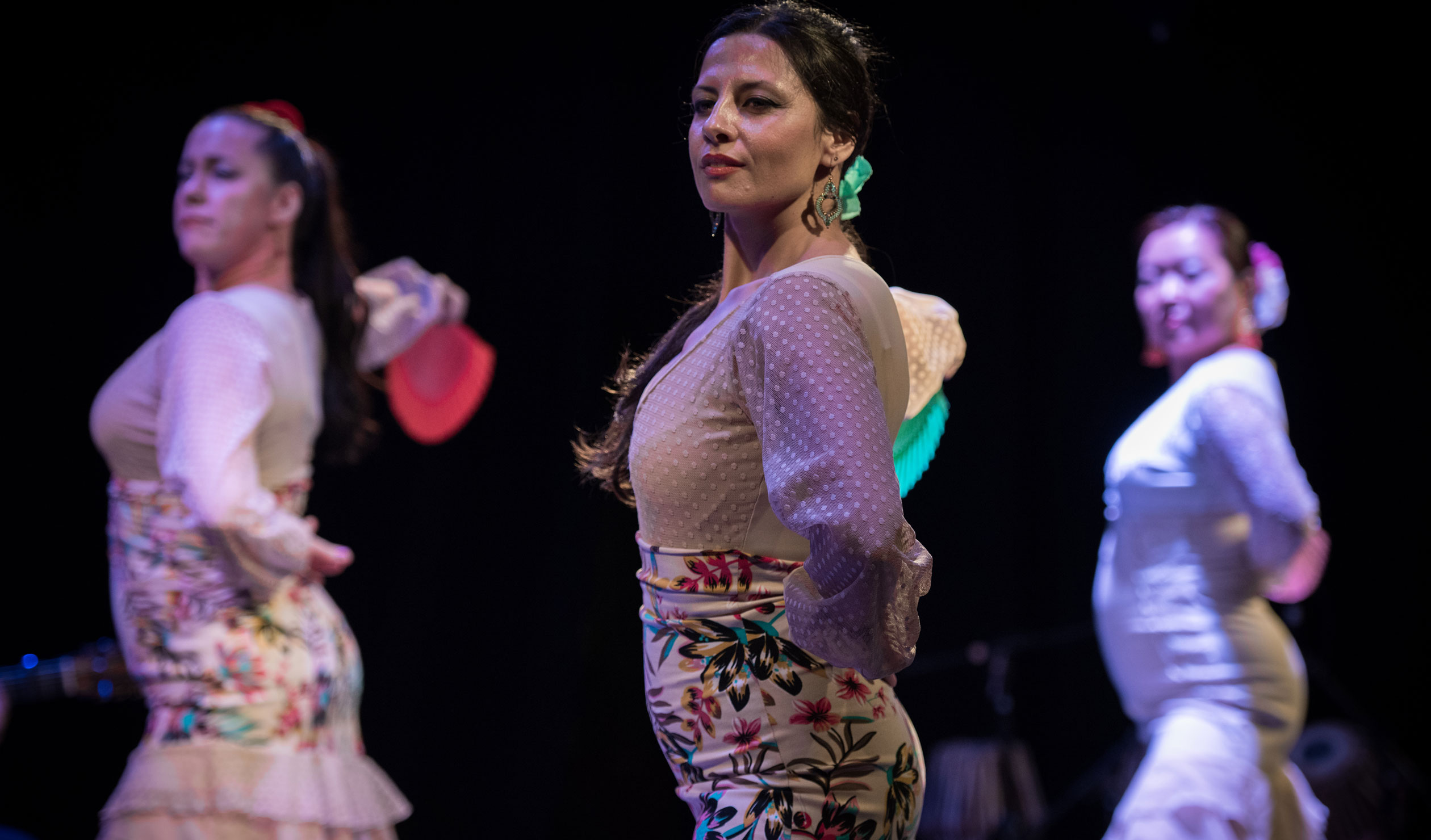 The company’s percussionist and guitarist provided musical backing, along with striking vocals. Combined, the ensemble displayed impressive flair in music and dance. The audience was swept up in the exuberant performance; the movements between supple and more strict expressions of dance and song.

In the second half of the show, Newcastle-based headliner Paco Lara played alone for the most part, without his usual second guitar accompanist Carlito Akam. Lara combines pop and jazz elements of fusion with “flamenco puro”, and on this occasion played songs from his new solo album, The Andalusian Guitar, along with guitar classics.

Lara added his accomplished singing in the flamenco “cante” style to some tunes. He interacted warmly with the audience, both in encouraging clapping and with dialogue, the patter mostly being in Spanish. The extent of response made it clear there was a solid contingent of Spanish speakers present.

Lara’s occasional upright cradling of his Toscano Concert Flamenco Negra guitar in tender passages was briefly reminiscent of the posture represented in Picasso’s “Old Guitarist” painting, and gave an indication of his depth of feeling.

An encore? Of course, and one with parts of “Waltzing Matilda” sneaking in, to the crowd’s amusement. But there was more. All the performers for the night’s show met on stage for an enchanting and extended piece that featured the musicians and each dancer in turn. It was a dynamic and heartfelt way to communicate the pleasure of flamenco.

The Andalusian Guitar was presented for one night only at the Dunstan Playhouse as part of the 2021 Adelaide Guitar Festival, which continues until July 25.