It’s impossible not to be enchanted by photos and videos of Moment Factory’s after-dark outdoor experiences. From a series of luminous multi-media art installations along a forest trail at the Crystal Bridges Museum of American Art in Arkansas, to twinkling night walks at a Swiss ski resort, a Singaporean zoo or a Japanese national park, this is nature on steroids.

Now, for the first time, Australian audiences will get to witness the Moment Factory magic first-hand when the Canadian digital artist collective lights up Adelaide Botanic Garden during July’s Illuminate Adelaide Festival.

“Our experience is called Light Cycles, so it’s inspired by the connection between humans and nature,” creative director Gabriel Pontbriand tells InReview from Montreal.

“We will have seven distinct artworks in the gardens and each is inspired by a natural phenomenon.”

Visitors entering the digital art trail in the Adelaide Botanic Garden will be taken on a night-time journey of nearly two kilometres in which video projections, light effects, lasers, smoke and soundscapes enhance and transform everything around them ­– from the towering Moreton Bay figs of Murdoch Avenue, to the historic Palm House.

Pontbriand and Moment Factory creative producer Mathieu Grainger won’t have the opportunity to see the garden for themselves until they get out of quarantine in Adelaide just eight days before Light Cycles is due to open to the public on July 15, but they feel like they already know it well.

Due to the pandemic travel restrictions, they’ve been working remotely with a team put together by Illuminate Adelaide, poring over detailed maps of the garden, photographs, videos and 3D scans to create the wizardry that will wow visitors.

“Typically we wouldn’t have considered this process a couple of years ago, but with COVID and closed borders, to remain pertinent and active doing our craft around the world we were forced to change to way we do things,” Grainger says of the project.

“Very early in COVID we looked inward to see how we could change doing things, looking at sites from afar and collaborating from afar… having the team in Adelaide understand the kind of world we were trying create really helped them work with us.”

Moment Factory was able to conduct testing at its outdoor “Forest Lab” near Montreal, while Adelaide technicians have helped trial some features on site in the Botanic Garden, such as the effect of a laser on a body of water for a “Reflection Lake” installation/zone that will also incorporate underwater lighting effects. Pontbriand says 3D virtual modelling was used for areas such as the dense bamboo forest, where they are creating a zone called “Invisible” that promises to be “really mysterious and intriguing”.

Other parts of the Botanic Garden that will be highlighted in Light Cycles include the Australian Forest – whose unique and occasionally “alien-like” flora offered fresh inspiration for the Canadian creatives ­– and the 155-year-old Murdoch Avenue.

“You will walk through this beautiful alley and at the end you will see a beautiful sunset, an evocation of a sunset,” Pontbriand says of the avenue.

“Your silhouette will appear in shadow and at a certain moment we want to create a shift; we use an effect of thousands of small rays of light which will create this perfect immersion so it’s like you lose the boundaries of the space… when we can reach this moment, with the music, you can be transported.”

One of the final installations is outside the garden’s iconic Palm House. “I think there’s a lot of history built into that space, so we’ve used it as a focal point,” Grainger says. “The glasshouse all of a sudden is where people will gather and celebrate the end of the experience.” 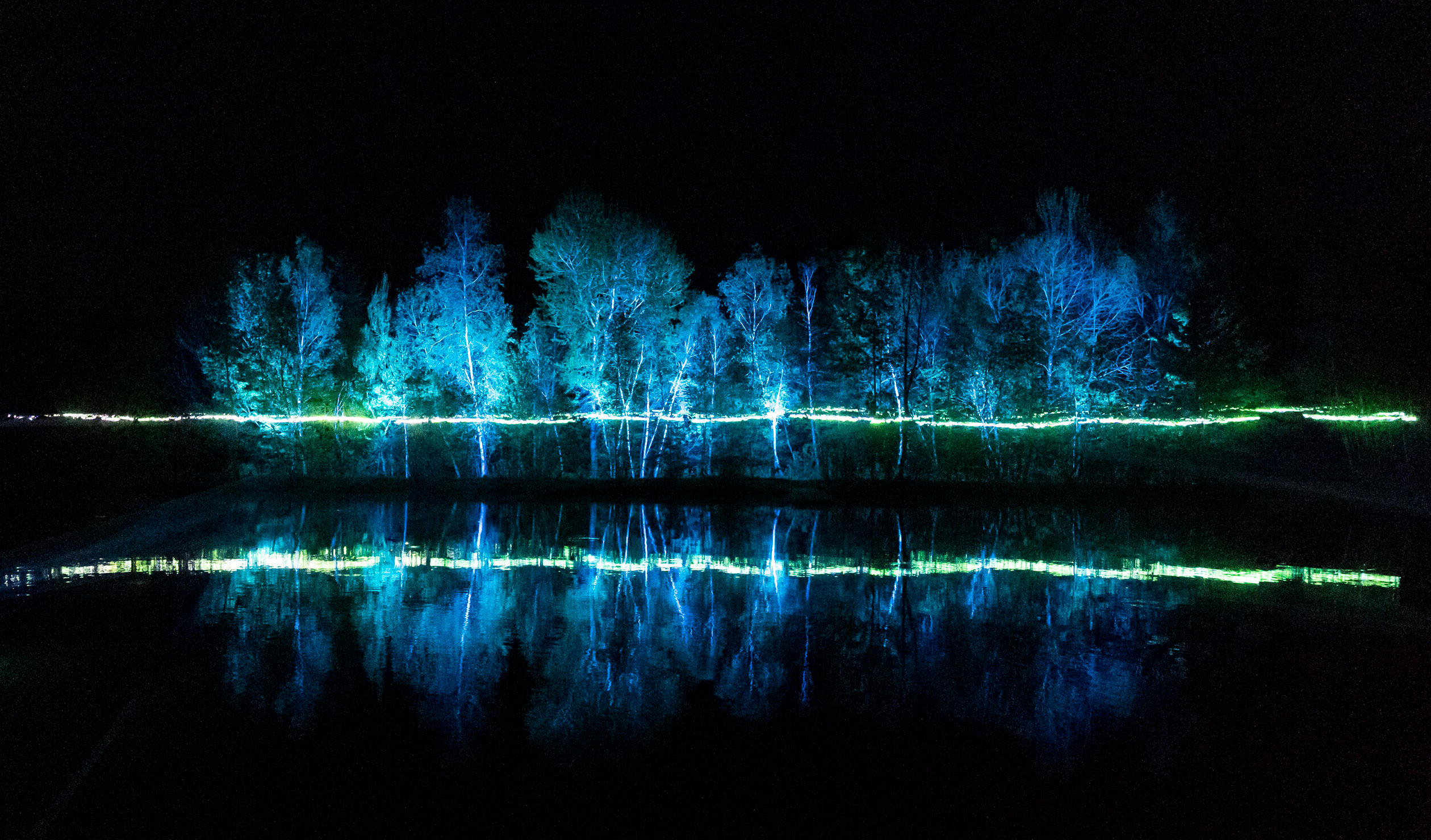 Testing for Light Cycles has been conducted in both Canada and Adelaide.

Light Cycles features an original soundscape created by Moment Factory in collaboration with Montreal indie-folk band The Barr Brothers that aims to complement the natural setting and intensify the impact of the multimedia installations.

Once they get out of quarantine, Pontbriand and Grainger expect to spend from sunset to sunrise in the Adelaide Botanic Garden in the lead-up to the Light Cycles opening, fine-tuning the experience and ensuring it is presented as they envisaged.

The pair say it is especially important to ensure the technical aspects of the work are hidden, so visitors are absorbed by the sensory experience and the feelings it evokes ­– be that awe, intrigue or curiosity, all of which are intended to inspire a renewed appreciation of nature.

The sell-out 2020 Adelaide Festival event Fire Gardens ­– presented by French artists Compagnie Carabosse – showed South Australians are eager to see their Botanic Garden in a different light after dark, and like that event, Light Cycles is a family-friendly, all-ages experience. 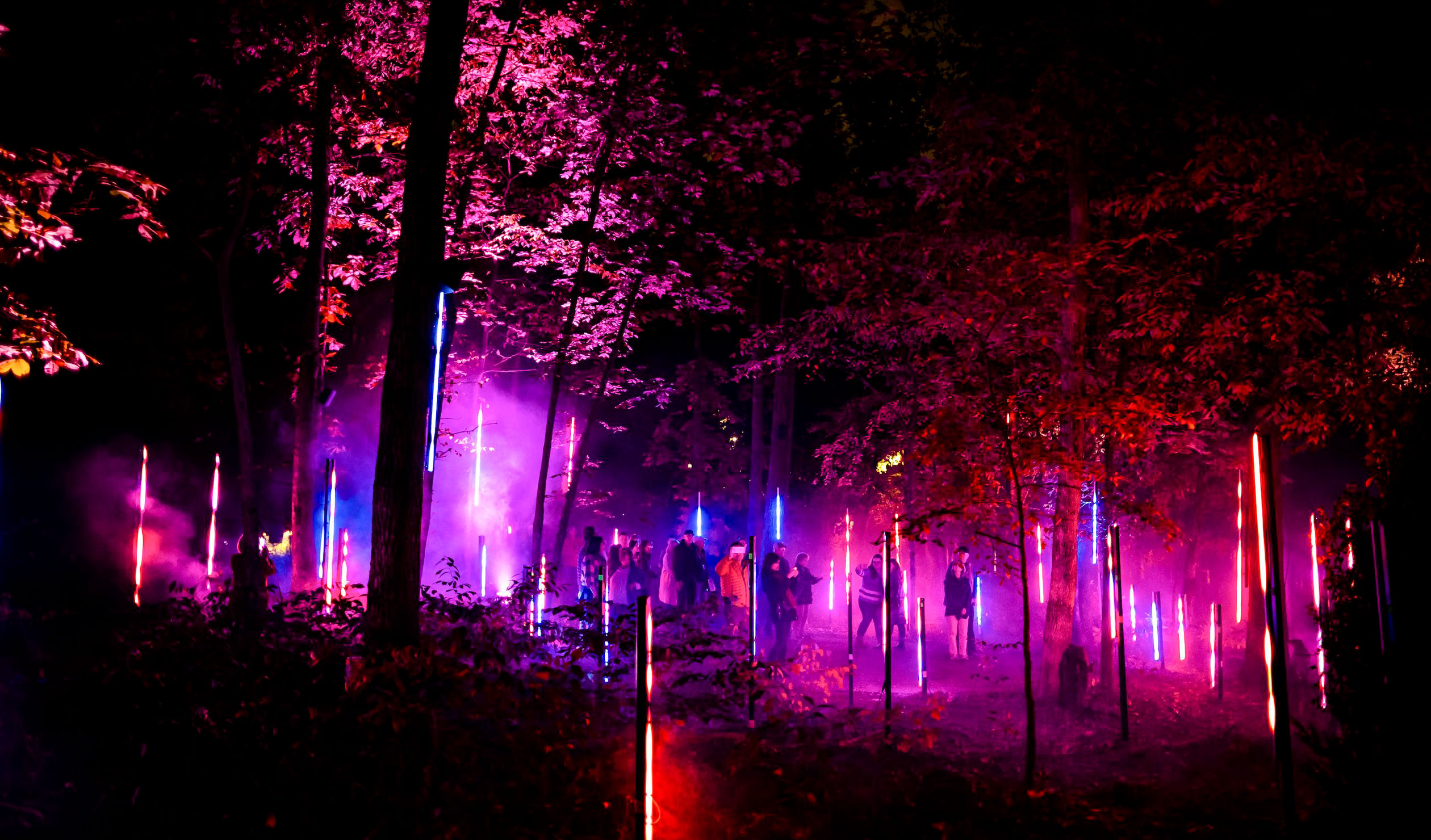 As well as outdoor experiences and public installations, Moment Factory is known for its creative design of stage shows for artists including Madonna, Billie Eilish and Ed Sheeran, but while Pontbriand and Grainger have both previously worked on the concerts, they now relish the opportunity to exercise their creativity with a canvas they say has very few limits.

“Nature is really impressive at night – you don’t need much to create magic,” says Pontbriand.

“We are sharing our passion with other people from the [Illuminate] festival in Adelaide… we’re having so much fun with this project. After this year, it’s something really good for our spirits and our souls.”

Light Cycles will be presented in the Adelaide Botanic Garden from July 15 until August 1 as part of the inaugural Illuminate Adelaide Festival.

'Not privatisation': Ticketek to take over BASS box office