As reported last week, COVID-19 constraints have seen organisers pivot to a different type of event for 2021, with the usual four-day world music festival at Botanic Park being replaced by four seated concerts from March 5 to 8 on the oval in King Rodney Park / Ityamai-itpina.

Headlining the series will be rock band Midnight Oil, who will play two concerts at the 6000-capacity site.

At the Saturday night show, which will be opened by vocal duo Vika and Linda Bull, the Oils will play songs from their 28-year back catalogue, while on Monday they will present the world premiere of Makarrata Live, a concert performance of songs from their new mini-album The Makarrata Project.

“We’re pleased and excited to be renewing our connection with WOMADelaide with these two very different shows,” frontman Peter Garrett says in a statement. “It’s an event with which our band has had a long and strong connection.

“Lots of the songs which have struck the deepest chords with our audiences over the years, like ‘Beds are Burning’, ‘Jimmy Sharman’s Boxers’, ‘The Dead Heart’ and ‘Truganini’ revolve around Indigenous issues, so we’re particularly inspired to be playing a special set for Makarrata Live that combines older songs like those with newer songs that share similar lyrical themes.”

Midnight Oil last performed at WOMADelaide in 1997. Their most recent show here was at Adelaide Oval in 2017, as part of their first tour in 20 years.

For their second concert at King Rodney Park, the band will be joined by some of the First Nations artists with whom they collaborated for The Makarrata Project, which features songs around the theme of Indigenous reconciliation and is intended to raise awareness about The Uluru Statement from the Heart seeking constitutional recognition for Indigenous Australians.

The WOMADelaide sunset series will open on the Friday night with a performance by Lior and the Adelaide Symphony Orchestra of Compassion, a Hebrew-Arabic song cycle written by the Melbourne-based singer-songwriter in collaboration with acclaimed composer Nigel Westlake. (Compassion was scored for a full orchestra, but was presented by Lior with a small group of musicians at the 2018 Adelaide Festival.)

Also performing on the Friday night will be singer and 2020 ARIA Hall of Fame inductee Archie Roach, whose set will include songs from his recent release The Songs of Charcoal Lane, and Sarah Blasko, who is celebrating the re-issue of her 2011 album As Day Follows Night. 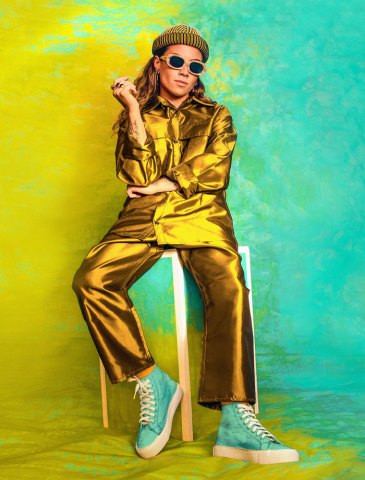 Singer and multi-instrumentalist Tash Sultana will make their WOMADelaide debut with a full live band.

Tash Sultana, who is set to release new album Terra Firma in February, will take to the stage with a full band at the Monday concert, which will also feature Sampa The Great, who won the Best Female Artist, Best Hip Hop and Best Independent Release awards at the last month’s ARIAS.

Ticket prices for the concerts will range from $75 to $165, with various different categories of seats available.

The 2021 WOMADelaide will be the first in the festival’s 29-year history not to be held in Botanic park.

Director Ian Scobie told InDaily last week that organisers had looked at redesigning the Botanic Park site to meet COVID-safe guidelines but ultimately realised the level of restrictions required would have resulted in a “third-rate” festival experience.

While the format of the festival will be different in 2021, he believes the picturesque new setting will offer a magical experience for concert-goers.

“2020 has been a year of extraordinary challenges, but in being able to present artists with the celebrated stature of Midnight Oil and Archie Roach, along with all the artists announced today for our reconfigured event, we are certain that WOMADelaide will truly be unmissable over the festival long weekend next March 2021,” he said today.