The Backstage Sessions will comprise 15-minute sets spanning rock, jazz, blues, classical and experimental genres, all filmed in the wings of Adelaide Festival Centre’s Festival Theatre against a backdrop of memorabilia from previous productions.

Videos of each performance will be shared on the Adelaide Guitar Festival’s Facebook page from this Friday, beginning with a set by singer-songwriter Kelly Menhennett and her band, whose songs are a mix of folk, soul, blues and country.

New videos will then be presented weekly until August 9, with others in the line-up including Chris Finnen, Cal Williams Jr & Kory Horwood, The Tom Kneebone Trio, Mike Bevan & Alain Valodze, The Django Rowe Quintet, and The Yearlings featuring Slava Grigoryan, the Guitar Festival’s artistic director.

“After the loss of this year’s festival, we’ve looked for alternative possibilities for engaging some of our incredible local artists in a series of mini-concerts which capture the intimacy and joy of these rare collaborations,” Grigoryan says.

“This is an initiative which we hope to continue long after social-distancing restrictions are lifted, and we’re seeing our audiences again ‘in the flesh’.” 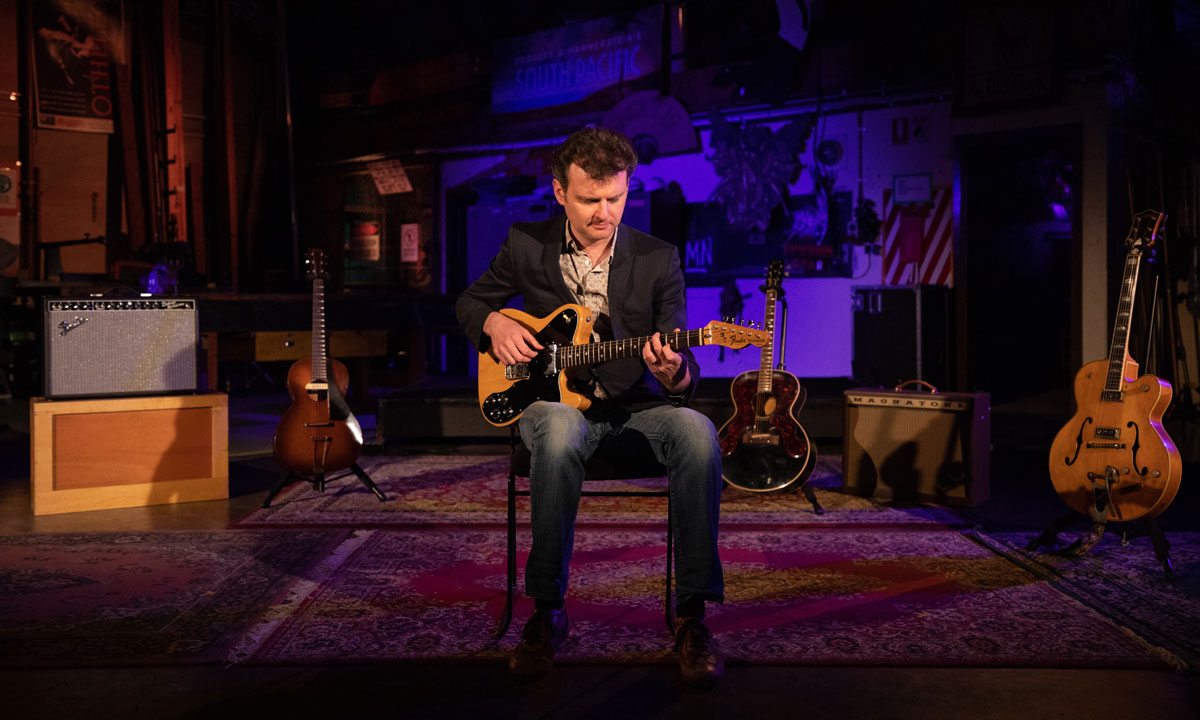 Slava Grigoryan playing against a backdrop of Adelaide Festival Centre memorabilia during recording of The Backstage Sessions. Photo: Nate Schilling

This year’s Adelaide Guitar Festival was to have been the biggest yet, including a month-long calendar of regional shows and community events. Tickets were already on sale for several early-release shows – including by Grammy-nominated American indie folk duo The Milk Carton Kids, and Leaving the Western Shadows, featuring singer-songwriter Lior – when organisers were forced to pull the plug on the biennial festival due to the COVID-19 restrictions.

Adelaide Festival Centre artistic director and CEO Douglas Gautier said The Backstage Sessions were an opportunity to support South Australian musicians at a time when they have faced “significant challenges in making a living out of what they do best”.

“We hope The Backstage Sessions encourages more initiatives to help the local music industry recover from what has been a very difficult year so far,” he says.

The Festival Centre theatres have been closed since March 17 due to the pandemic, with the venue also forced to cancel the annual Adelaide Cabaret Festival in June and instead present a digital, bite-sized version of the 20th anniversary event.