The total number of attendances is calculated from those attending both ticketed shows and free events, including the popular Moon Lantern Parade in Elder Park.

Sold-out shows at the 13th annual festival included Light, a theatre work co-commissioned by OzAsia and inspired by the lives of SA’s first surveyor-general, William Light, and his father Francis, founder of the British colony of Penang.

£¥€$ (by the company that presented previous Adelaide Festival and Fringe hits The Smile Off Your Face and Fight Night), “theatrical culinary experience” Surpassing the Beeline and quirky Japanese play The Dark Master also sold out. 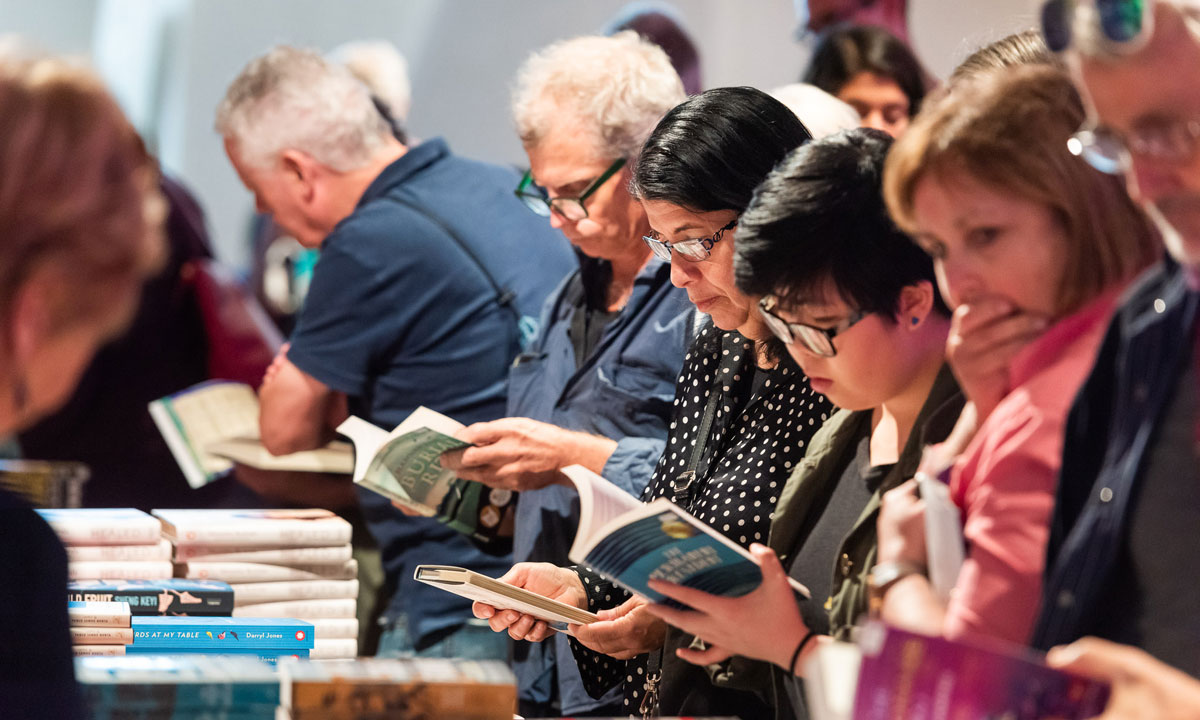 Guests at JLF Adelaide on the weekend. Photo: Daniel Purvis

“This has been our most successful festival to date, with an overwhelmingly positive response to this year’s program of stunning dance, provocative theatre, enchanting music, eye-opening film and awe-inspiring visual art,” Mitchell said.

“We are thrilled with the rave reviews we’ve received from critics and audience members alike – especially [for] Australian premieres and Adelaide exclusives such as Cuckoo by South Korea’s Jaha Koo and My Home at the Intersection by Punjabi theatre maker Abhishek Thapar. And to have internationally renowned artists like Stan Lai, Akram Khan and Nitin Sawhney presenting works has been one of the many highlights of this year’s festival.”

Adelaide Festival Centre CEO and artistic director Douglas Gautier said the “beautiful spring weather” during the festival had helped attract crowds of more than 38,000 to the Moon Lantern Parade and 88,000 to the Lucky Dumpling Market on the riverbank.

A number of OzAsia art exhibitions will continue over the next month, including Sonic Blossom (Art Gallery of South Australia), Taiwanese-American artist Lee Mingwei’s “gift of song” to gallery visitors; and visual artist and filmmaker Fiona Tan’s Ascent (Samstag Museum), a reflection on Japan’s Mount Fuji.