Light is the result of a collaboration between Australian writer-director Henning and radical Malaysian theatre-makers TerryandTheCuz, who presented Sk!n, a confronting theatre experience about human trafficking, at the 2016 OzAsia Festival.

Part of next month’s OzAsia Festival, the drama is inspired by the stories of Royal Navy officer turned trader Francis Light, who in 1786 founded the British colony of Penang in Malaysia, his son William Light, the first surveyor-general of South Australia, and William’s mother, Martinha Rozells.

Performed by just three actors over two hours, it traverses events in four continents over around 100 years.

Here, director Henning, who has worked in South-East Asia since 2012, explains the origins and themes of Light – a show whose revisionist rendering of history he says “is more along the lines of Duck Amuck than Ben-Hur”.

Where did the idea for this production come from?

The idea originally came from George Town Festival director Joe Sidek who, in 2015, asked Terry [Light‘s co-creator] if he’d ever heard of Martinha Rozells [Colonel William Light’s mother] … the seed was planted, and from Penang the idea germinated again in Adelaide, and Adelaide and Penang started talking.

Early on we were working also with Brink Theatre in Adelaide, with director Chris Drummond, and he created the initial idea of the show. He sent me this really great scavenger hunt list which had the seeds of the work in it. It included a letter from Francis Light about the make-up of the population of Penang, contacts for historians in Penang and Adelaide, and three style references – two of which were the film Adaptation and the Daffy Duck cartoon Duck Amuck.

The initial design also said that it must be performed by only three actors and tell the story of both Francis and William Light, as well as explore the story of Martinha Rozells.

I was told to explore the impossibility of telling this story properly, and was sent off to Penang and Adelaide to write it. After eight months or so I showed up at the first creative development having written a book but no script. Things started to rapidly get very complex. 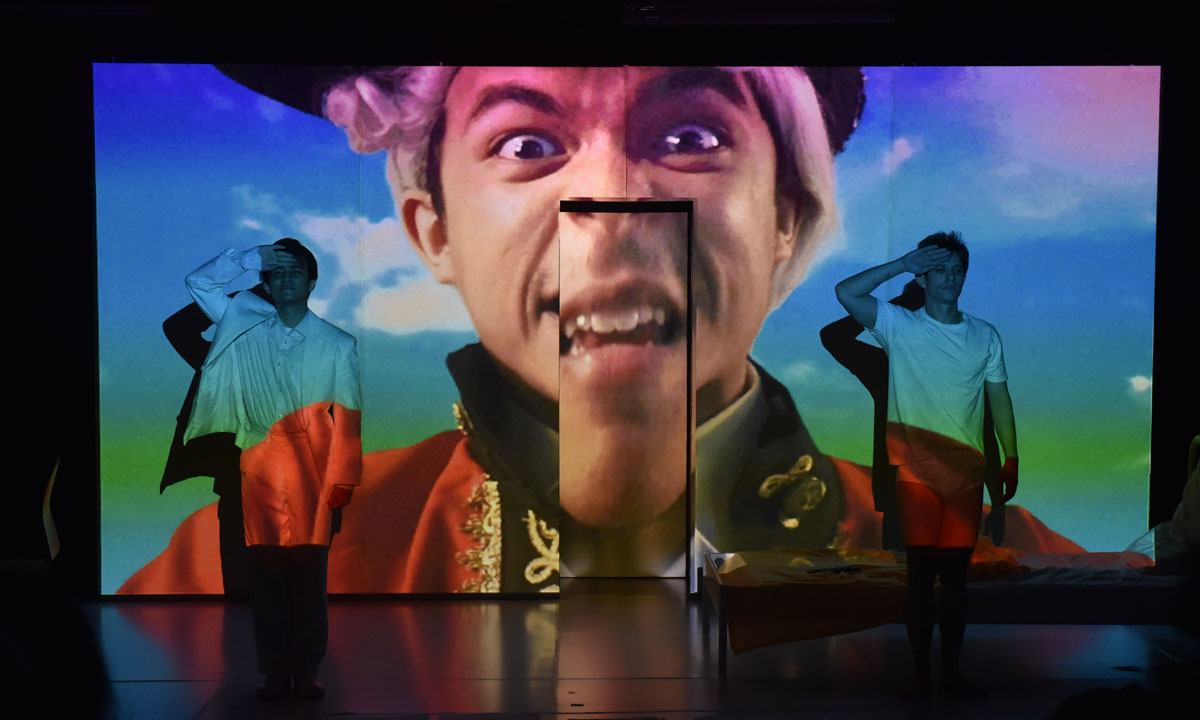 More than a hundred years of history across four contents condensed into just over two hours – that is quite a challenge. What particular aspects of the lives of Francis and William Light does it focus on?

Performed by only three actors – it’s an impossible task. And it’s history, and history is full of facts, which can be really antithetical to a good story or interesting theatre.

One thing that was really fascinating for us was the way that historians disagree with each other.

We would meet with different historians who normally had a similar set of facts, but different things would be important or unimportant to them, depending on their own personal prejudices. This became most prominent in the figure of Martinha Rozells, who seems to have been quietly erased from history due to disputes over land.

Colonel William Light was sent away from Penang to England when he was six to go to school. This was normal at the time. His identity was initially formed by his memory of his parents but soon replaced by the myth of who they were.

As Penang became ever more valuable to the British, his father’s name grew, while his mother’s reputation was systematically degraded. Central to the undermining of her character was the claim that she was half-caste.

History and how it affects us now. Similar to Duck Amok and Adaptation, the story is about the writing of reality, about how our history creates our worlds. The way history is told decides our collective cultural identity. How we perceive our ancestors guides how we see ourselves.

The show focuses on certain key events across the lives of Francis and William Light, exploring the cause and consequence of how these events shaped their actions after. 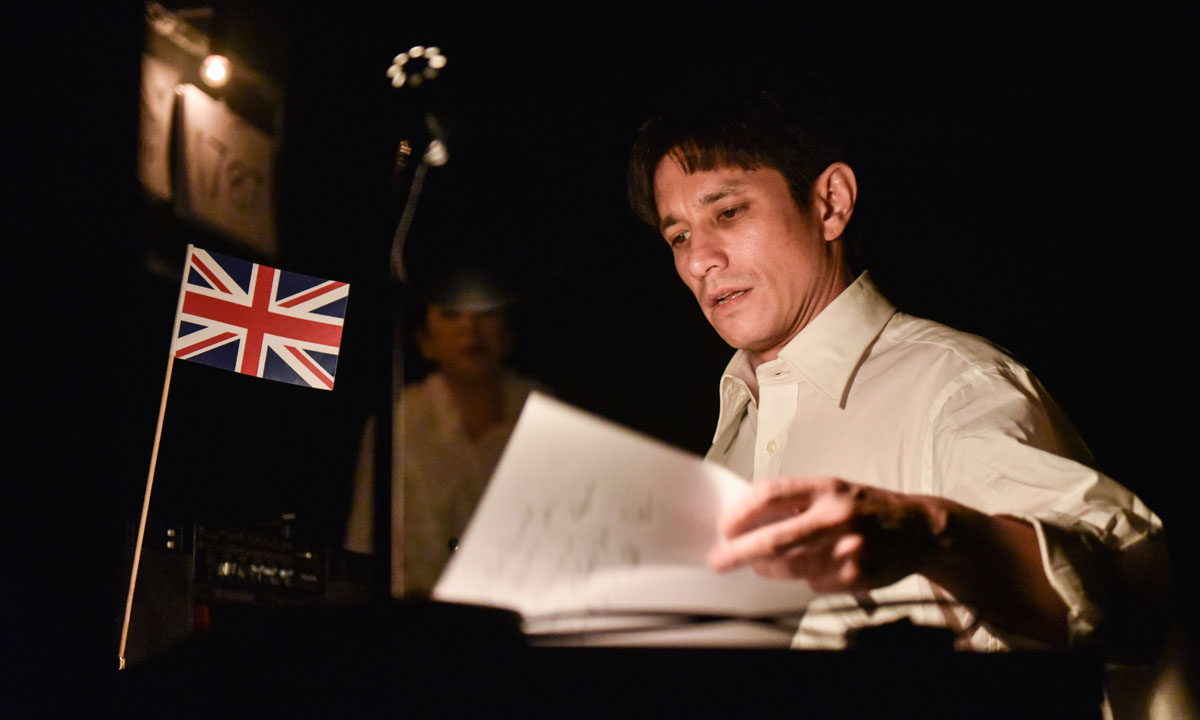 What are a couple of the most interesting facts you discovered during your research for the show?

I don’t know how widely known it is, but Wakefield, who was the grand visionary who conceived the idea at the core of Adelaide, came up with it in Newgate prison.

He was in jail for kidnapping teenage heiresses and marrying them. After the first one died, he kidnapped and married another. So he was arrested and locked up in Newgate, where the lower-class prisoners were freaked out about the idea of being deported to Australia.

The Australian colonies were big in the minds of the prisoners, so in the middle of Newgate prison he started to dream about this perfect city. He wrote a series of fake letters describing the colonies which he had never actually seen and describing this city which was not dependent on convict labour to grow, built purely by morally upright people like him, entirely of their own free will. The key to this was for the government to have a private monopoly on the land.

So Adelaide was a vision of a man in prison for kidnapping teenage girls to marry them for their money, and was the first city built entirely by “free men”.

In what ways does Light challenge previously accepted ideas regarding our history, especially in relation to William Light’s involvement in the birth of Adelaide?

I don’t think it really challenges anything that isn’t already present in the specific history of Adelaide, but perhaps it’s the way which it is said here. Our rendering of history here is more along the lines of Duck Amuck than Ben-Hur, so it might be a bit more surreal and insane than is normally seen.

The major questions raised are more about the way history is generally told, about what is considered the truth and what isn’t, when clearly the official history is littered with official bias. This show explores what is emphasised and what is left out. 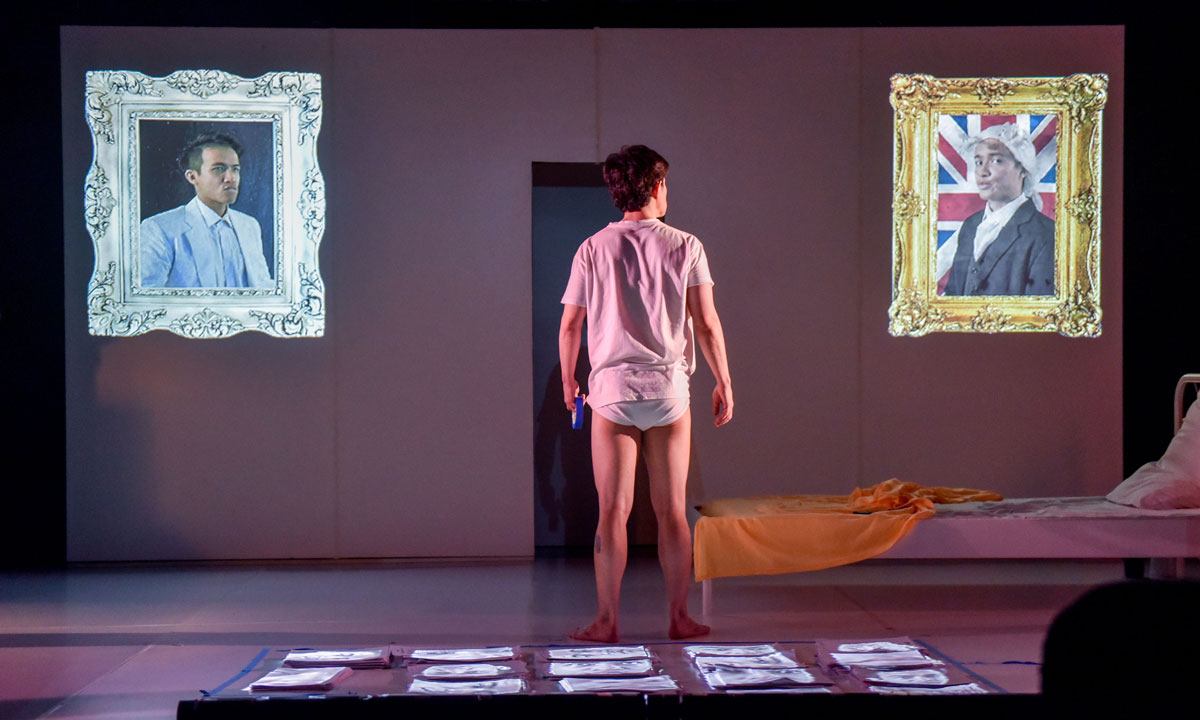 The OzAsia program says the drama depicts the story of how the impact of the two adventurers continues to resonate today – can you elaborate on that?

The actions of Francis Light brought the British to the Malacca Strait, which gave them greater control over the flow of goods between India and China. This was, ultimately, the centre of the Silk Road of the era.

Within William’s lifetime, the British would control Malacca and Singapore and – after India – these were the keys of the British Empire. The British Empire became dominant in the post-revolutionary era in Europe, which William was witness to. He, along with many others, was shaped by those events and the associated values. This then influenced the way he laid out Adelaide.

Georgetown is a far more haphazard enterprise than Adelaide, which is so perfectly planned. Many say it was based on the layout of a military camp. The cities both reflect the situations in which they grew, each with its own problems and limitations, one due to not enough British presence and one due to far too much.

This story is an edited version of an email Q&A interview with Thomas Henning.