In the end, contemporary Chinese production Secret Love in Peach Blossom Land is fundamentally about love, hope and time — and more superficially, a play about plays.

Major differences in the plays’ period settings and the fact that one is a romance and the other a comedy ramp up the friction between the players and scripts in a way that clearly heightens its audience appeal.

Director Stan Lai capitalises on the potential to draw his audience in several directions, perhaps without them initially realising the commonalities he also offers.

Consider the territory. Secret Love depicts lovers separated at the time of the Chinese Revolution but who never forget each other. That longing continues to define Jiang (played by the impressive Fan Kuang-Yao) and his delightful love, Yun (Chu Jr-Ying). There is your romantic memory play, and it eventually moves to a sentimental and moving finish.

Peach Blossom Land, on the other hand, is described as “a farcical period comedy”. It is full of calisthenic acrobatics, with expert pratfalls and winks to the audience. At its heart, though, is something more serious; central character Tao’s yearning to retrieve his relationship with his wife Chun (Tang Tsung-Sheng and Chang Pen-Yu, respectively). This, too, is allowed to resolve, and into something perhaps more poignant than the audience expects.

The plays take turns to rehearse. There are echoes in the scripts and a wonderfully realised scene in which the two plays then share the stage. Lines from one are answered in the other, rightly or wrongly, which underscores their shared concerns with a mixture of comedy and tenderness. 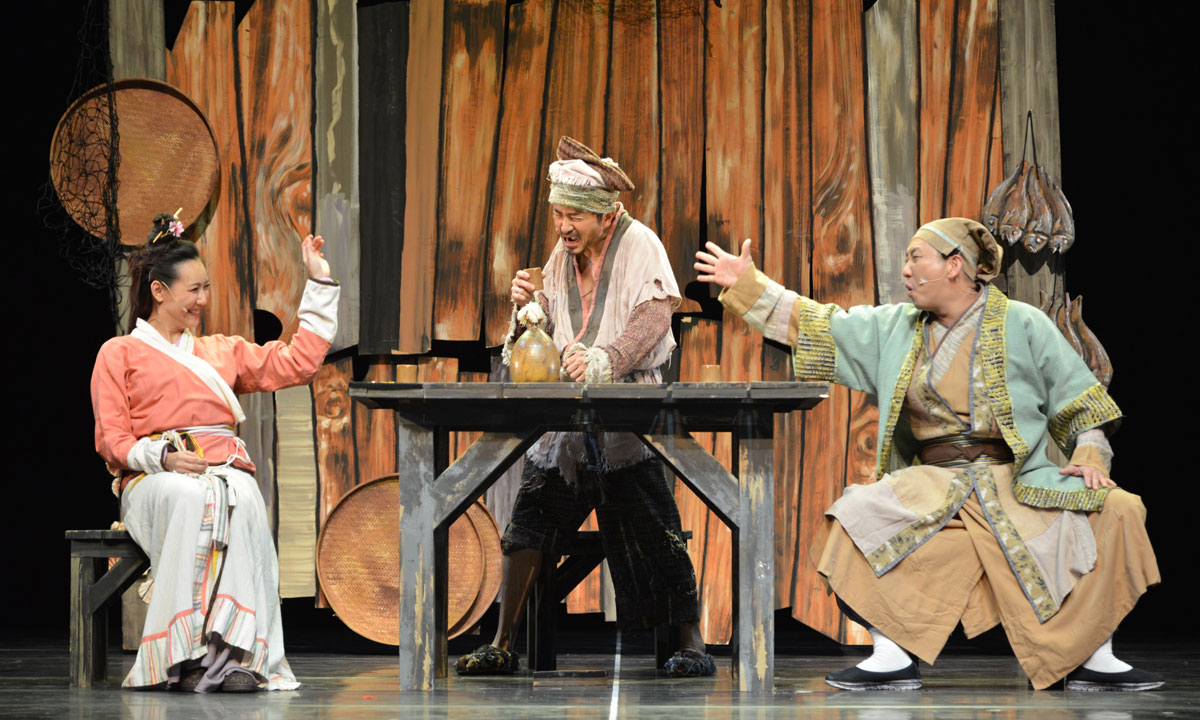 A couple of telling moments, among others, are likely to linger. One has to do with moving forward in life when Yun says, “You must forget, to be able to start anew”, before she or Jiang live the truth of it. Another is when Jiang looks out on a night scene and remarks that, “Everything is suspended”. The impact of both statements resonates through the two plays.

This is the original, non-operatic version of Secret Love in Peach Blossom Land, which has been mounted to much acclaim for 30 years now. The audience was very warm in its appreciation, especially when director Stan Lai, claimed to be “the best Chinese-language playwright and director in the world” by the BBC, took to the stage at the end.

Challenging in some respects but very rewarding, this mixture of wistful reflection and slapstick cleverly conjures thoughts about time, truth and belonging.